A bit of a cut-back this past week in planning for more miles this week.

So for Wednesday's 20 miler I started by running to the top of Smith Mesa. That road is more than a little bit of a grunt to get to the top. Within the first mile you've already climbed 1,000+ feet. 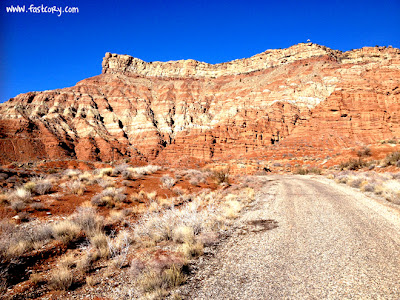 Once you reach the top, the pavement turns to dirt. It was horribly, miserably muddy at the top. The miles I ran up there were nowhere near what you'd call running. They were a slow, trudging slog. 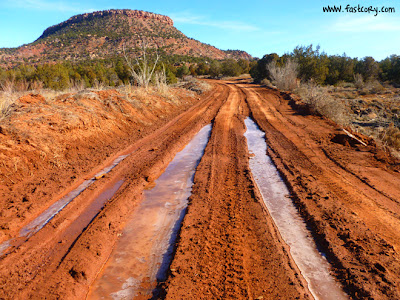 The dirt caked a few inches on the bottom of each shoe. I realized that planning to do 20 miles up there would take me around seven weeks. I spent about an hour in that nonsense before returning to drier ground. 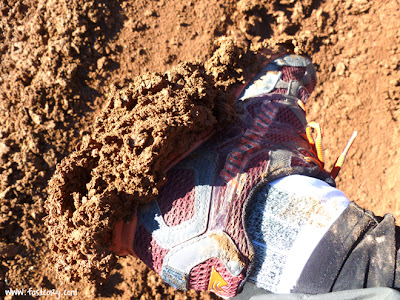 I was thankful to start the descent and clean off the extra pounds that were added to my shoes. 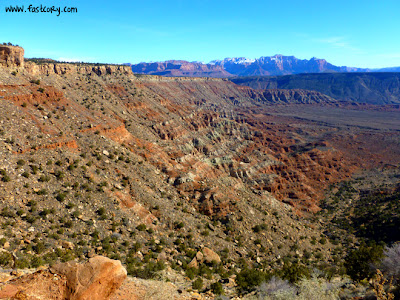 I ran the rest of my miles on some faster trails down below. I was thankful that I wore my slightly girly tights because it was still chilly outside. The last ten miles were considerably faster and I was feeling good. 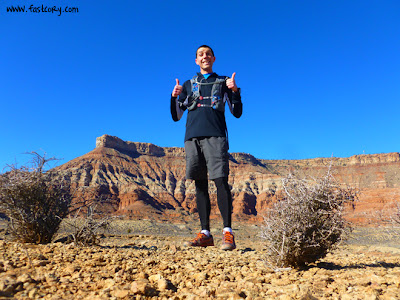 Friday night I drove to the LaVerkin Overlook dirt road. I need to get more experience running trails at night. I figured this would be a good spot to get that experience. It's got some decent little climbs, it's not very technical, and I was relatively sure a mountain lion wasn't deciding if I'd make a sufficient meal. Here is the view of Hurricane from the overlook:

In other more exciting news, I bumped up from the Antelope Island Buffalo Run 50 miler to the 100 miler coming up in less than seven weeks! I'm pretty excited about that one. It will be strange to run a 100 miler when it isn't 95 degrees outside. Bring On The Buffalo!

"Fear is a part of everything you do....You have to take great risks to get big rewards." ~ Greg Louganis
Posted by Cory Reese at 7:59 AM