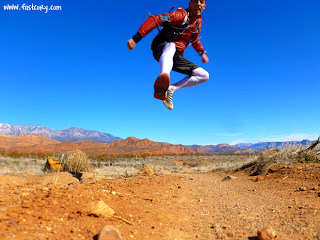 I ran more months in February than I ran in any month last year. I treated myself to a huge cinnamon roll (or four) to celebrate this week. Okay, you're right. Those four cinnamon rolls had absolutely nothing to do with those miles. I would have eaten those cinnamon rolls if my monthly mileage was somewhere between zero and one.

I started the 24 miler ridiculously early in the morning so I'd have a few hours of running in the dark. Trail running in the dark is not my favorite thing in the world. (Code for: I almost hate it.) I always feel like a sloth that somehow managed to unscrew the childproof cap on the Benadryl bottle and then started popping them like Skittles. The light from an almost full moon helped just a bit. 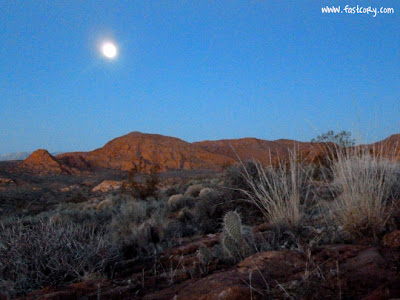 I ran in the Red Cliffs Desert Reserve. There are lots of really stunning miles to run in this area. The sun rise really lit up the red cliffs as the moon was setting. 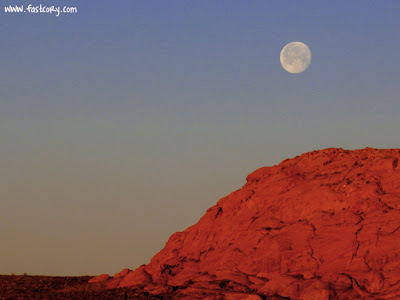 Once the sun came up I got some energy back, and felt less like a sloth suffering from a Benadryl overdose. I'm hoping that at the 100 miler in a few weeks, I'll get a new burst of life if I can just get through the night. 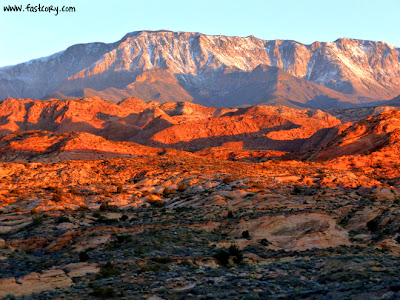 I tried a new trail this time - the Cottonwood Hills. It had beautiful views, in addition to lots and lots (and lots) of sand. I also ran Prospector Trail and Church Rocks which all connect together. There is a huge variety of terrain in these three trails. Church Rocks = slick rock. Prospector = nice, fast, packed dirt. Cottonwood Hills = sand. All trails = fun.

Cottonwood Hills had quite the collection of cool rocks. And I like rocks. In fact, when people introduce me at large, prestigious public speeches, the announcement usually goes something like this: "Will you please give a warm welcome to Cory Reese. He likes rocks." 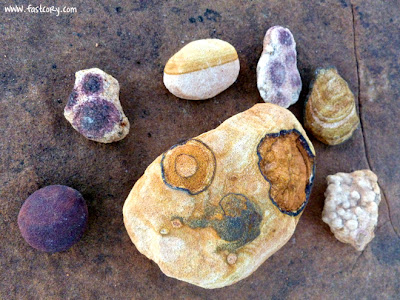 After the sun was up I spent some time on Prospector. It was warmer but still a little chilly. (Hence the probably-shouldn't-be-seen-in-public-white-tights.) 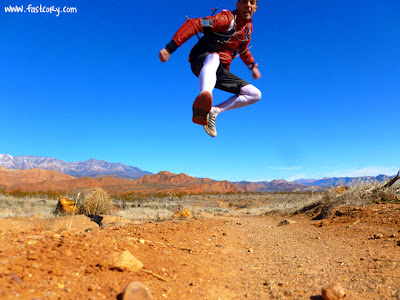 There are so many subtly beautiful things I never noticed before each time I run out here. 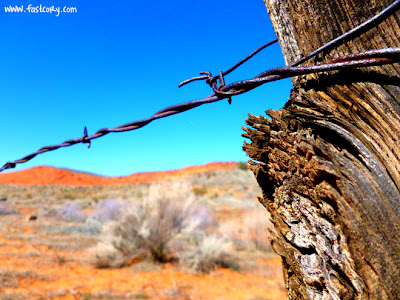 On Saturday morning I was pulling out of my driveway heading to Toquerville Falls when I saw my friend Logan Murphy who asked if he could come along. Logan is fun to run with and those miles seemed to pass quickly. Toquerville Falls was awesome as always. 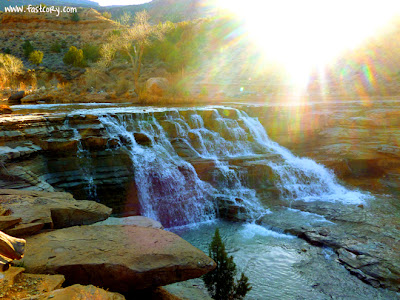 It is a fairly challenging run. Afterward Logan wrote me: "Total ascent 2442 ft. That 11 miles felt like 22. Thanks for the great run. I might not talk to you next time I see you leaving your house though."

The Buffalo Run 100 miler is less than three weeks away! (March 22nd.) I am slightly (code word for "very")nervous that there is still two feet of snow on the course. I am looking forward to tapering for the next few weeks, and will likely celebrate the taper with at least a few cinnamon rolls.
Posted by Cory Reese at 7:39 AM