During the Buffalo Run 100 miler three weeks ago I took around 130 pictures. It's hard to narrow that down to 15-20 to put in a race report. (You can read the whole race report HERE.) Here are some pictures that almost made the cut.

At the starting line there was an enormous heated tent that runners packed into. It was a balmy 50 degrees inside......as opposed to the chilly wind and occasional snow flurries outside:

The race immediately starts with a big climb. Me and a few friends intentionally held way back and let most of the crowd cruise on ahead. There were only three runners behind us. This slow start paid HUGE dividends later and I think allowed me to get a PR.

I ran many, many miles of the race with my friend Christy from the blog www.marathonmama.net. Her steady pace and amazingly optimistic happiness was another huge factor in helping my race go so well. Here is Christy running up ahead: 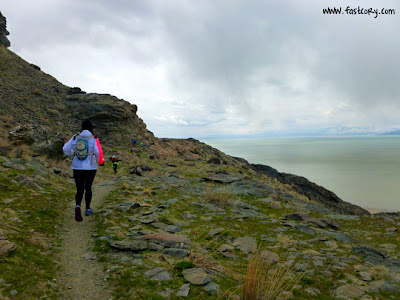 My daughter Kylee supplied the sock monkey hat that got me through all 100 miles. 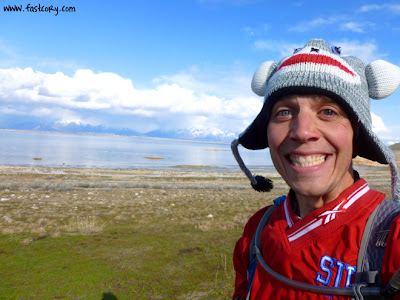 Around mile 35 I snuck in a trail jump. I was starting to move into a low point and hoped a jump would get the juices flowing again. (It didn't.) 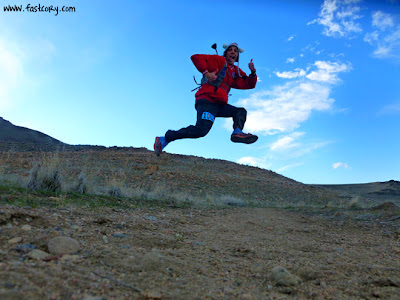 Night was approaching and I was in a bit of a no-man's land. There were long stretches where I was all alone, without another runner within sight ahead or behind me. Just to spice things up, it was crazy windy and bitter cold. These are the times when thoughts start to creep in saying "You still have so far to go. It's going to get dark and cold. Maybe you won't be able to do this." You have to ignore that despair and catastrophic thinking.

As the light was coming to an end I had a hallucination.......I swore I saw Forrest Gump out on the trail! (Kidding, no hallucination, just my friend and Gump look-alike Leon.) 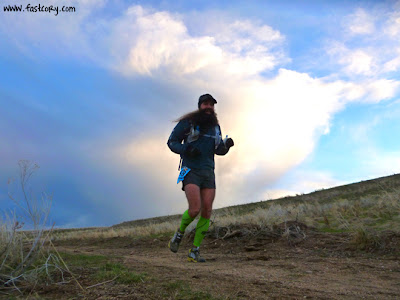 Thanks to my amazing sister Hollie who paced me from miles 50-70 I made it through the night, found the sunrise, and caught a second wind. 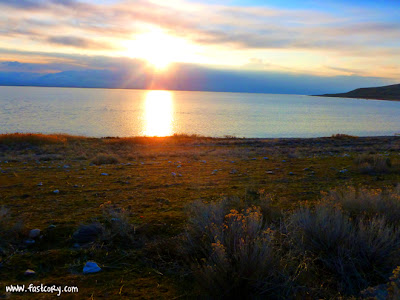 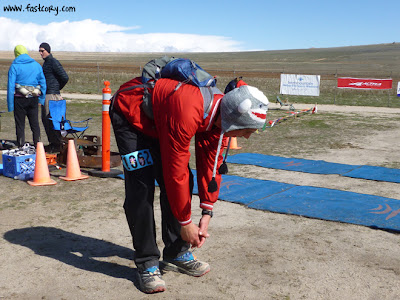 Hollie made this funny poster for me. 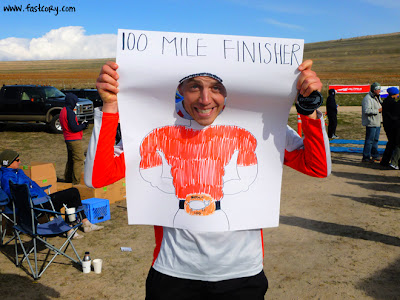 My mom and sister have also volunteered to crew and pace at the Zion 100 this coming weekend. I'm so thankful for their help. These guys are the best. 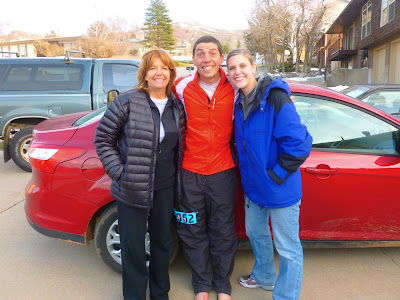