A few years ago I signed up for my first 100 miler, the Javelina Jundred. Prior to running the race I meticulously studied the course – that hot desert trail winding up, down, and around the McDowell Mountains in Arizona. 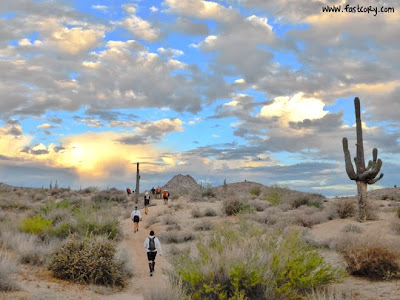 Somewhere in the midst of my obsessive compulsive studying of the race I came across this guy known as McDowell Mountain Man. I remember that he was trying to maintain a consecutive streak of days running. I thought he was crazy.

I finished that race. All 101.4 hot, sweaty miles of that race. It’s now two years and a few 100 milers later. And I just had the pleasure of reading a new book from the McDowell Mountain Man himself, Jay Danek. His book is called Got To Live: 923 Days to Remember. 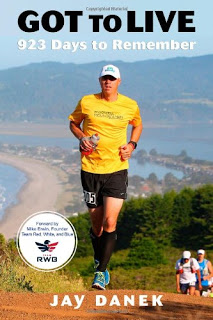 I’ve read plenty of running books and Got to Live is among the best. I’m going to go out on a limb and assume that if you’re reading this review, you’re a bit of a runnerd like me. You’ve probably read your share of running books too. Here are some things that make Jay’s book stand out:

1) Jay isn’t a natural born athlete. He doesn’t have one of those stories where the guy was running a 4 minute mile when he was in first grade. He took up running later in life and it’s clear that his accomplishments didn’t come easy.

2) He has a personable, articulate writing style that makes the pages of the book speed by.

3) Jay’s story is compelling. The book is a detailed account of his motivation to begin running, experiences from races, and an amazing 923 day streak of running at least four miles per day.

The crux of Jay’s story was a phone call in 2008 from a brother to tell him that his father had died of a blood clot. Jay was very close with his dad and the news threw him into a spiral of depression, weight gain, and unhealthy living.

His concerned wife Traci intervened after seeing him gain 45 pounds in the following months. A gift certificate to a local fitness boot camp spurred Jay’s desire to make a course correction. And then Jay found trails and a new life began. 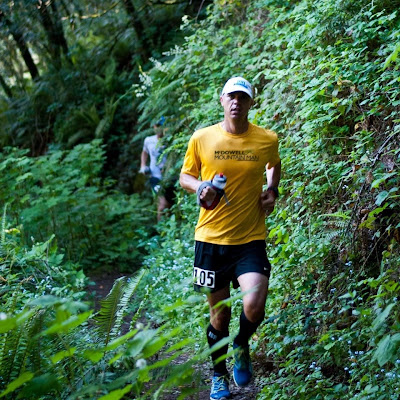 Around this time Jay conceived of an idea that only an ultrarunner would be crazy enough to think of (although at that time he was only able to run a few miles). He decided to run a streak of 923 days to honor his father who died on 9/23.

Try to wrap your head around this: run at least four miles a day for two and a half YEARS! Some of these days were during 100 mile races. That’s cool and all. But I’ve run 100 miles. And the next day I’m curled up in fetal position on my bed praying for a visit from the angel of death. The day after Jay’s 100 milers……he ran. I can’t imagine this.

The last day of his streak ended on the same trail where the story started, in the McDowell Mountains. There is an ending to this streak of 923 days that is too amazing to spoil in this review. It’s a twist I didn’t expect. And it gave me goose bumps.

What is as hard to imagine as running 923 days – is how it must have felt to – not- run on day 924. It made me smile to read that Jay did indeed rest on day 924. No running. A meaningful tribute to the life of his father. And after that day of rest Jay started running again. Another unbroken streak of days running, now at 287. 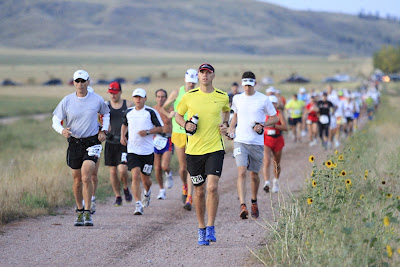 An inspiring story like the one in Got to Live is too good to be scripted. And yet this is no script. This is the real life of an everyday runner who has gone on to inspire other everyday runners. Like myself.

If you run (let’s be honest, you do, if you’re this far into the review, you run, and because of that we’re kindred runnerd souls, so let’s hang out and go get a Slurpee together), I’m sure this book will inspire you too.