My Fears With Trail Running 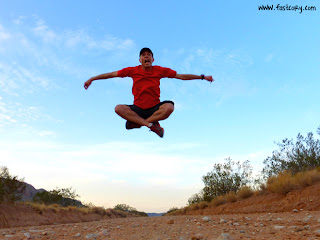 This past week was about as fun as running gets. (Alright, the track workout wasn't that fun. Neither was that flash flood warning. Okay, the attack of the killer gnats wasn't exactly my idea of a good time. But other than that, it was a great week.)

Monday, July 15th 2013: 5 miles. I took my friends Shane and Karrie on their first visit to the Red Cliffs Desert Reserve. Judging by this picture, it looks like we sent each other a memo before the run saying "Lets dress like a pack of fluorescent markers! 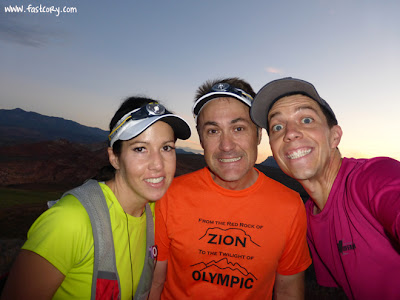 Tuesday, July 16th 2013: 5 miles at....wait for it.....wait for it.....THE TRACK! It seems like the last time I did a speed workout at the track was when MC Hammer was popular. There was a sweet sunrise over the track but an even better sunset that night across the Desert Reserve: 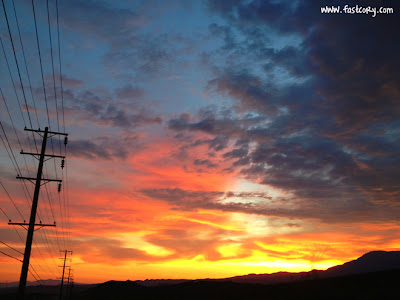 Wednesday, July 17th 2013: 6 miles. Mel and the girls went to a play. My son was at a friend's house. Any time I have a free hour or two without the family I grab the running shoes. Even if it is 98 degrees outside. I haven't been to Gould's Rim for quite a while. I forgot how much I love that trail. As I was heading back, Gooseberry Mesa started glowing on the horizon. 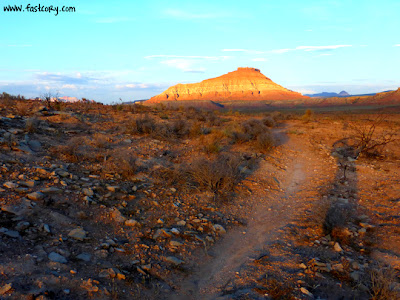 I got back to the car right as the sun was setting. 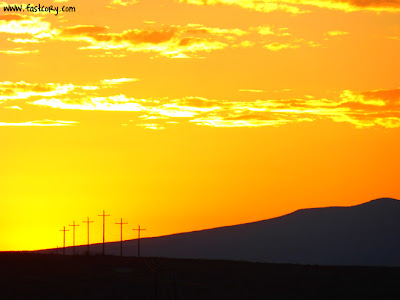 Friday, July 19th 2013: 5 miles. I decided I'd try to make peace with the Hurricane Rim trail. Me and the Hurricane Rim are not BFFs. Much of the trail is pretty technical. And I had my worst fall ever there. I was cruising down a steep hill and my foot caught a rock. Life suddenly went into slow motion and I did an exact Superman impression as I flew through the sky.....before giving a big, wet smooch to Mother Earth.

My other traumatic event on the Hurricane Rim was at mile 90 during the first Zion 100 race. Hmmm, might have a little PTST from that point of the race. So I don't love this trail. But it's close and easily accessible. There was a storm coming in making for some cool clouds. This is Smith Mesa in the distance: 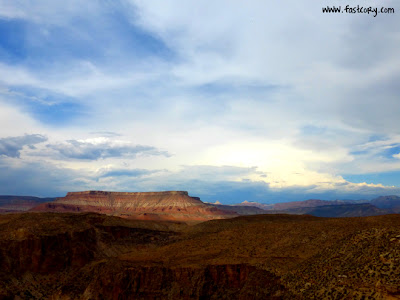 Mid-run my wife called and said there was a flash flood warning posted with lots of lightning coming in. My only two fears with trail running are 1) rattlesnakes and 2) lightning. Since I know that the trail has been trying to kill me for years, I didn't hesitate to cut my run short. Take that Hurricane Rim! I didn't want to run on you anyway. 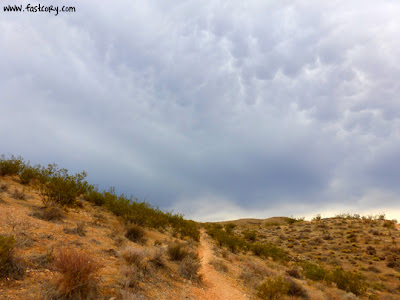 I tried out a new jump. In my day they used to call this "Indian Style", but my daughters inform me that in school this is now "Criss Cross Applesauce". I present to you the aerial version of criss cross applesauce: 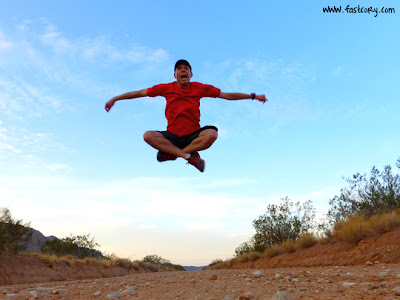 My destination was an inferno of heat in the middle of the sun Warner Valley. I used to run here all the time but haven't been back for ages. I love the scenery around here. I'll start going back more often. 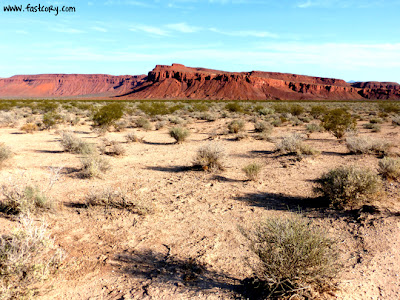 With around three miles left in the run I found myself in the middle of clouds of gnats. They were swarming me like 10 year old girls around Justin Bieber. I loved it 0%. They were EVERYWHERE. I kept wiping them off my arms, legs, and face. They were getting in my eyes. My nose. My teeth. Did I mention that I loved it 0%? When I got back to the car I started wiping them off my face. Then I looked in the mirror and saw they were all over so I snapped a picture. 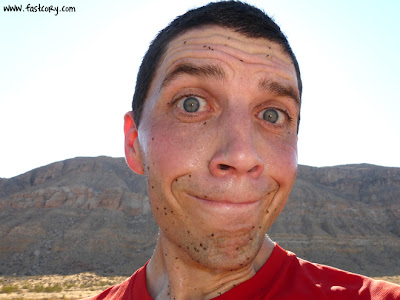 I am so amazingly lucky that there are hundreds of miles of trails within a 15 minute drive of my house. You could run a different trail every day of the month. This never gets old. This much fun can't be called training.

Lessons Learned For the Week
1) Who needs a head light when your neon shirts glow in the dark?
2) Avoid trails that are trying to kill you.
3) Pay attention when setting your alarm clock.
4) Douse your body with sun screen AND bug spray.
5) There are more enjoyable, better tasting forms of calorie replacement than gnats.
Posted by Cory Reese at 7:58 AM