I've Got Something To Brag About

I've got something to brag about. No, not that time at work when I almost, BUT DIDN'T pass out during our annual blood draws. No, not that time when I nearly died of heat stroke while running a half marathon dressed as Nacho Libre.

I had two runs this past week that were worthy of bragging. They both followed the same pattern:

1) Eat a large dinner. Don't stop eating when you're full. Stop eating when you hate yourself.
2) Top that off with a cookie.
3) As soon as you finish your gluttony, strap on the running shoes.
4) Make sure it is 102 degrees outside. No more. No less.
5) I dare you to try and keep that chicken teriyaki in your stomach when it is begging to come out. Good luck with that my friend.

This week I did that! And didn't throw up! I know, I'll wait a minute for the applause to die down. Spoiler alert: running doesn't get more miserable than this. It's good training though. During an ultra you feel extremely blessed if you're only feeling this crappy. I felt like I was going to melt. Not dying is what I have to brag about. 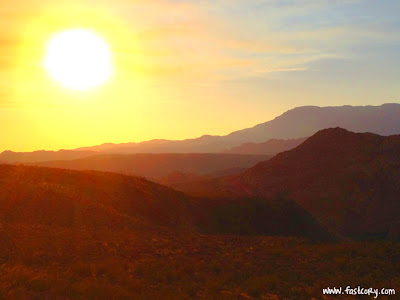 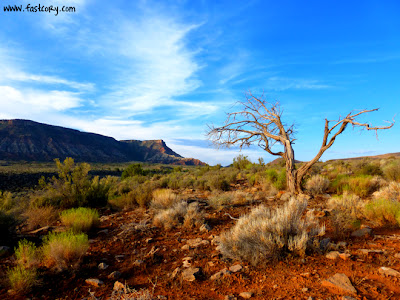 There was some flash flooding the day before which made some sections a bit soggy. Usually this river bed is dry as a bone but on Saturday it was flowing with brown mud that looked like a river of melted chocolate. 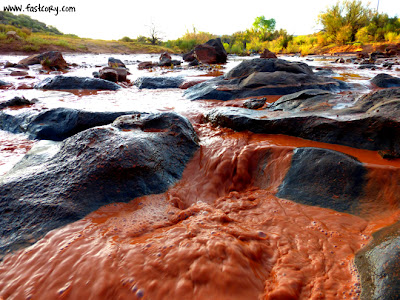 It was another sweltering run. When I finished it was 88 degrees. I probably should have packed a little more water. I was starting to run low so I had to conserve. Combined with the hot running I was feeling slightly no bueno by the end. Plenty of fun was still had. 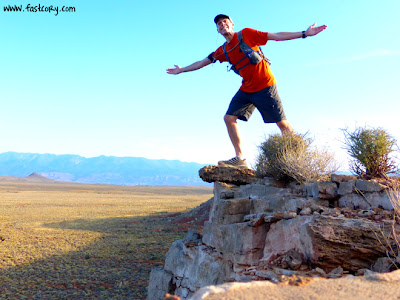 On a side note, I got the July issue of UltraRunning Magazine in the mail and saw that they printed a few of my pictures! They ran a few from the Buffalo Run 100 miler. It's cool to be involved in a big publication like this. Running 100 miles may not be the easiest way to get pictures in a magazine. 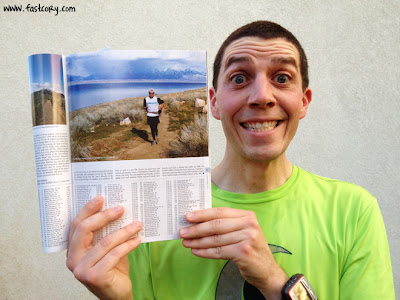