The Most Valuable Part Of Last Week's Training

Last week my body said "Hey Cory, you should take a rest week this week. It will be awesome. You can sleep later than 5am. By the way, have you noticed that your hair is getting a little more....how should I say this.....grey? And remember when the Boot Scootin' Boogie was popular? Ahhh, the good old days."

On Tuesday night I went out for some night trail running. On an enjoyment scale of 1 through 10, this run was -16. I felt sleepy and my legs felt like pizza dough. When I finished ten miles it was nearly midnight. Seeing nothing but the moon and a few feet of trail in front of me makes me tired. Here was my view for a few hours: 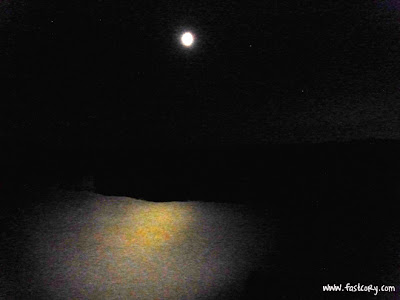 Despite being less than enjoyable, I gained something very valuable from the run. It came from a podcast I listened to by Trail Runner Nation about race strategy. There were lots of tips that apply to marathons, triathlons, ultras...whatever. Do yourself a favor and check it out HERE. It will change the way you think about racing.

On Saturday I ran 17 miles with Mel, Karrie, and Shane. It was a toasty 85 degrees when we STARTED running. No bueno. 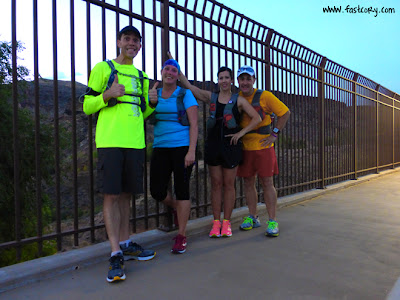 Mel wasn't feeling great so she headed back early. All the while the temperature kept climbing. Once the sun came up I swear you could smell burning flesh. At the precise moment when we decided we'd succumb to heat stroke and let the vultures eat our carcasses, Karrie had a brilliant idea: stop at the upcoming 7-11 gas station for Cokes. It didn't take much to convince us. The gas station also has a walk in beer cooler which we took advantage of to cool off for a few minutes. Pure, pure heaven. 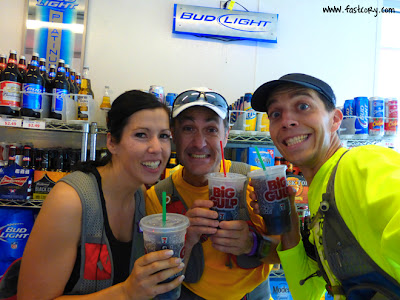 One thing I am super excited about - I will be running the Mid Mountain Marathon in Park City coming up on September 7th! I have run 50k, 50 mile, 100k, and 100 mile races on a trail but never a trail marathon. I can't wait. I'd love to see some of you Utah peeps there. Let me know if you're running that one.
Posted by Cory Reese at 7:59 AM