A Treadmill Is Satan's Sidewalk

The week of crappy started with Monday morning's 10 miler. For me to run 10 miles before work I have to get up ridiculously early. But aside from that, the run actually wasn't too horrible. And then less than 1/4 mile away from my house I stepped wrong on a rock and gave myself the worst sprained ankle I've had in 15 years. I fell to my knees. It felt like I stepped on lightning. 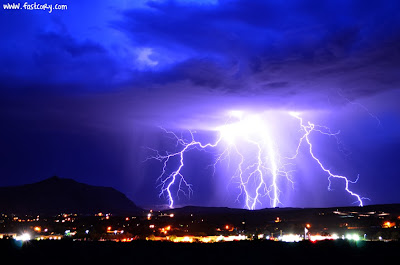 A few choice words involuntarily popped out of my mouth and I hobbled home. The other problem during that run was that for the life of me, I could not find any gloves to wear that morning! After doing a glove scavenger hunt for 20 minutes I eventually settled on two mismatched gloves, one of which was my girl's. Fail. 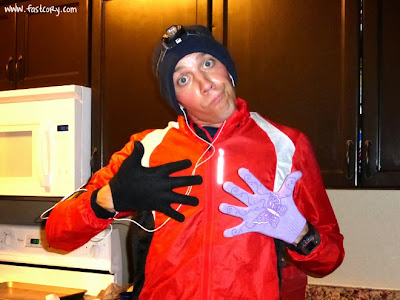 Later in the day when my foot started to swell it was excruciating. I felt so embarrassed to be limping around work despite trying my hardest to walk normally. When I went to the grocery store later, I seriously considered riding one of their electric wheelchairs.

Miraculously by the next day my foot felt amazingly good. And by Wednesday there was no soreness at all. I could not believe it. My healing was likely aided by the lunch I ate at the elementary school with the kids on Wednesday. It's not every day that you get such a delicious helping of mystery meat. 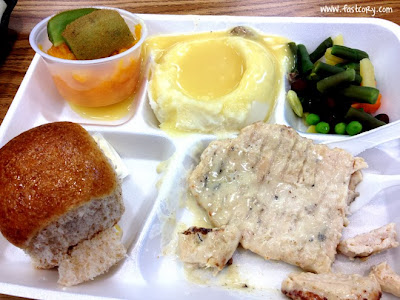 And by Thursday, a mere three days later I would have never known that a sprained ankle had dropped me to my knees. Very strange. Just to be safe I avoided running for one more day but caught this sweet sunrise on my way to work. 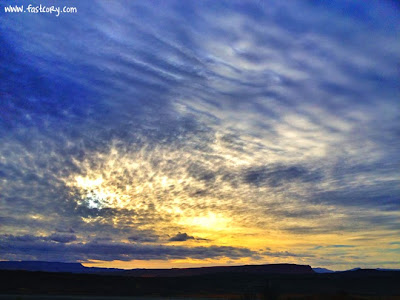 Friday morning I ran 4 miles. It was ridiculously windy and the whole run was approximately 0% enjoyable.

That night I did something I would come to regret. I ran 10 miles. ON. A. TREADMILL.

It was again ridiculously windy. And it had been POURING rain all day. After an all-day downpour, trails around here are out of the question. They turn into clay that cakes on the bottom of your shoes so it feels like you're running in these:

With the horrible rain and wind I decided to run on the dreadmill. I quickly realized that this rolling sidewalk is at least as miserable as running in the rain and wind. They are equally evil. It's like giving you the option of cutting off all the toes on your right foot or your left foot. They are both terrible options.

Initially I was thinking about maybe 20 miles. After approximately 18 seconds I changed my mind on that distance. Those ten miles were pure and unadulterated agony. I think our dreadmill is broken because it says my pace is so slow and each mile seems to take forever. This is not running. This is torture for prisoners of war.

Give me 100 miles across desert trails in 102 degree heat. Give me killer owls. Give me trails so steep that I want to start crying. Just don't make me get on a treadmill.

I tried to think of something that would make me like the dreadmill a little more. But even my cute little girls standing on that thing didn't make me like it any better. In fact after making them stand on something so evil I made them take a shower to wash off all the filthiness that surely contaminated them by getting too close to the contraption. 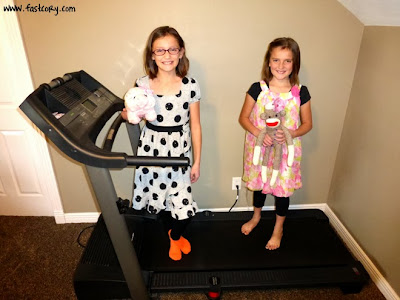 I am fairly certain that it will be a long time before I make that mistake again. I ran 7 miles outside the next day which were much more enjoyable. So despite a seriously terrible week I still managed 31 miles.

If you're wise you'll heed my public service announcement: stay away from random rocks in the road, platform shoes, and Satan's Sidewalk.
Posted by Cory Reese at 7:48 AM