CEDAR CITY, UT - Thursday afternoon runner Cory Reese hobbled into a Jimmy John's sandwich shop in Cedar City, Utah. Parents shielded the eyes of their onlooking children gazing at the pathetic looking Reese who was covered in layer upon layer of sun screen, bug spray, and sweat. Reese's journey ended at a sandwich shop. But it started two days earlier on the drive up Cedar Canyon to Navajo Lake....to a 100 mile run that would change his life FOREVER. 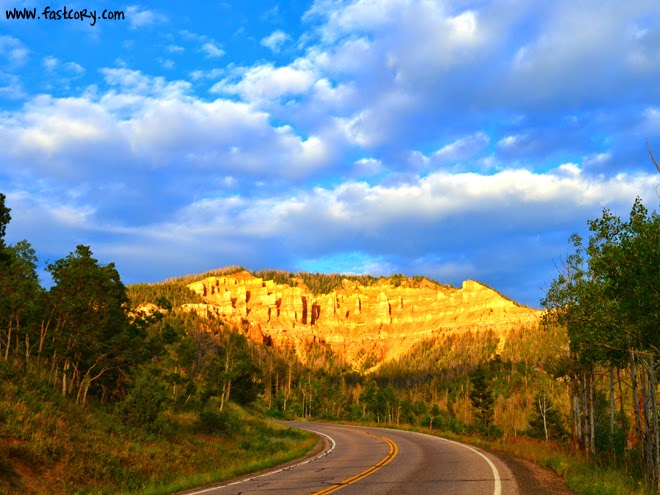 Reese, ever the glutton for punishment (he once at not one but TWO McDonald's breakfast burritos....and regretted that decision for the next 9 hours) registered for the Bear 100 coming up September 26th. Being a high altitude race, Reese assumed it would be advantageous to do some training in an area where oxygen is all but absent from the air. Destination: Navajo Lake - 9,042 feet above sea level, and similar elevation to the Bear 100. 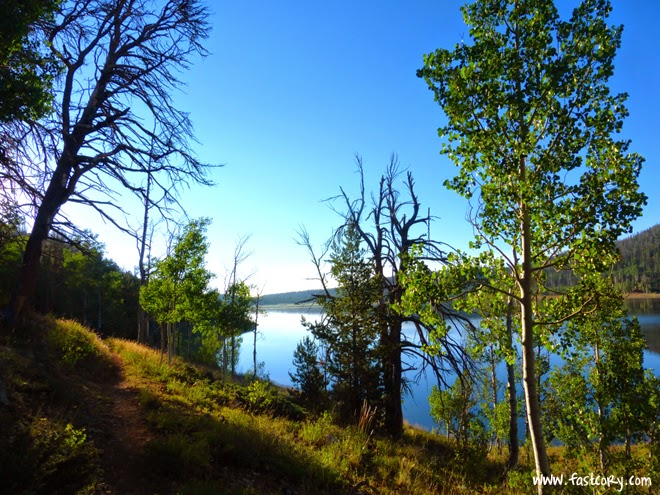 Never having been known as the brightest light bulb in the pack, Reese set out to not only do a training run at Navajo Lake, but to run an entire solo 100 miles. "I'm a nerd. I realized that I have run a 100 miler every month for six months in a row and thought maybe I'd try to add one more month to the tally," said Reese. 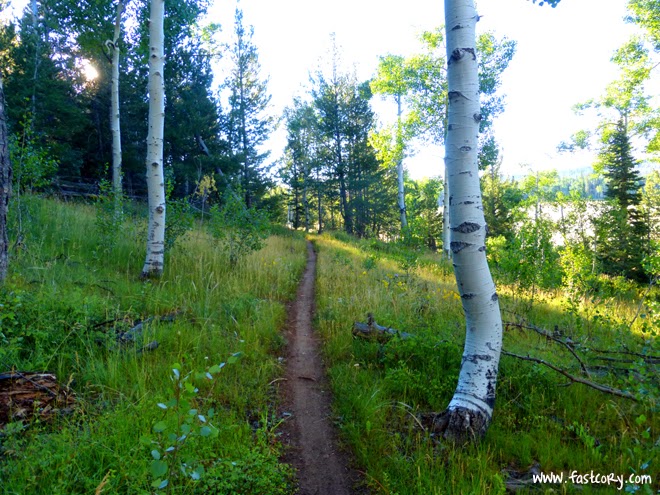 "I didn't have a specific course laid out. I figured I'd just explore the trails in the area and see where my legs would take me." His route began on the Navajo Lake Loop Trail, a generally non-technical loop with stunning views of the lake nearby. 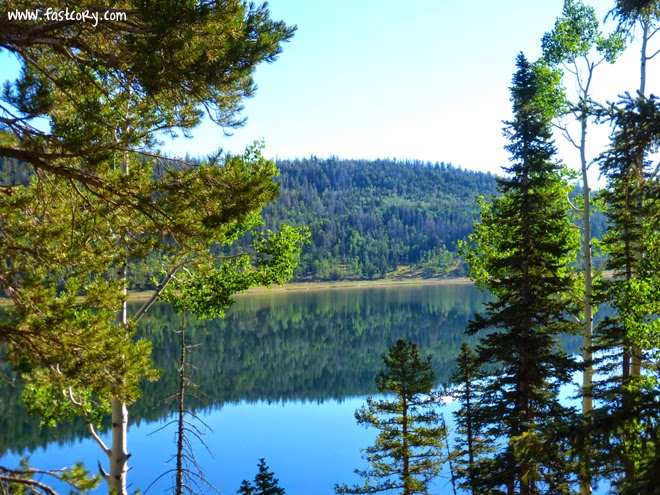 Despite the distinct feeling that he was trying to breathe through a straw and/or his lungs were beginning to fill with lime Jell-O, Reese claims that he was having fun. Though claims of "fun" are likely improbable and falsified, pictures do seem do indicate a moderate amount of enjoyment. 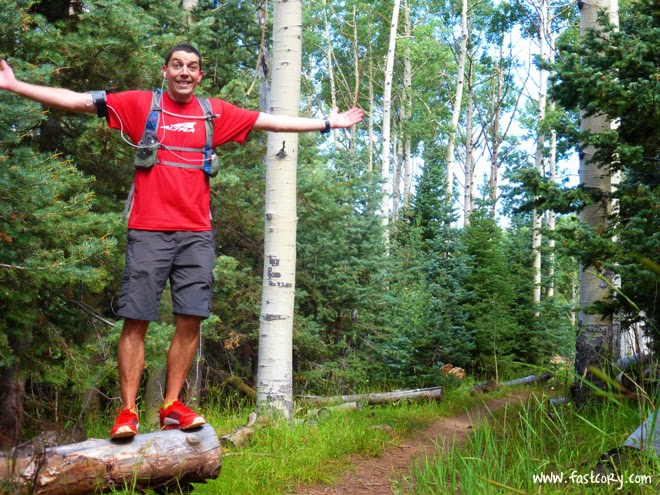 After the lake loop Reese ran to the nearby Virgin River Rim Trail. It was at this time that any amount of fun being had quickly vanished....nearly leaving Reese with a need to change his shorts. "I was just running down the trail minding my own business when all of the sudden there was this really loud rustle in the bushes right next to me." In an instant Reese was convinced he would be eaten by a mountain lion. "I involuntarily let out the loudest, sissiest yell that has ever come out of my mouth. I guarantee if my wife heard me make that sound she would file for divorce." Fortunately for Reese, the animal wasn't a hungry mountain lion. It was a startled turkey and her flock of babies, further confirming that Reese is a wussie. 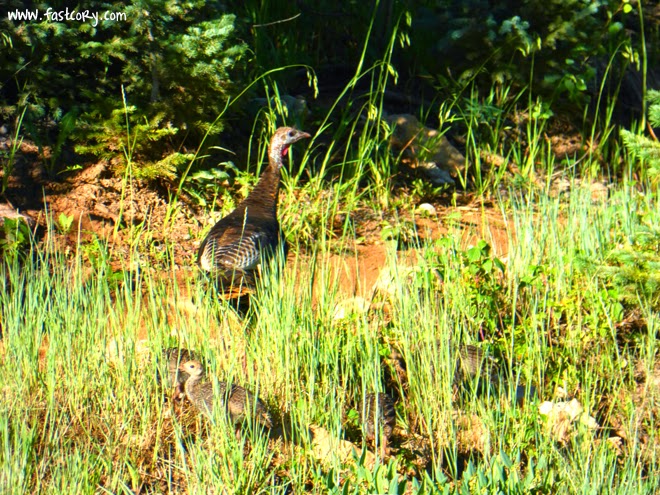 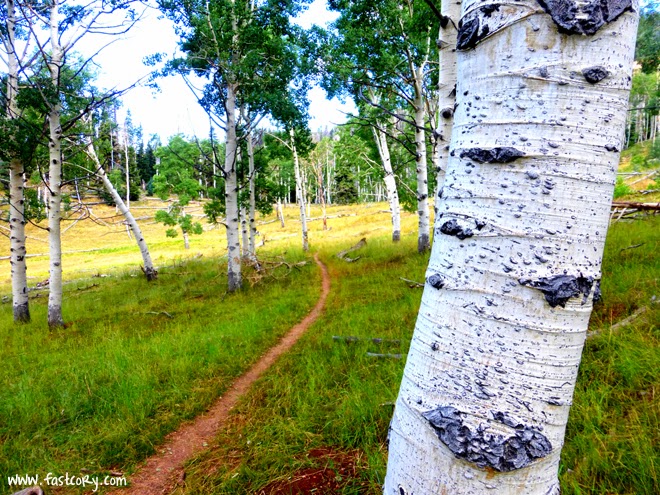 Periodically views of Zion National Park open up on the horizon, though generally scenery is confined to the immediately surrounding forest. 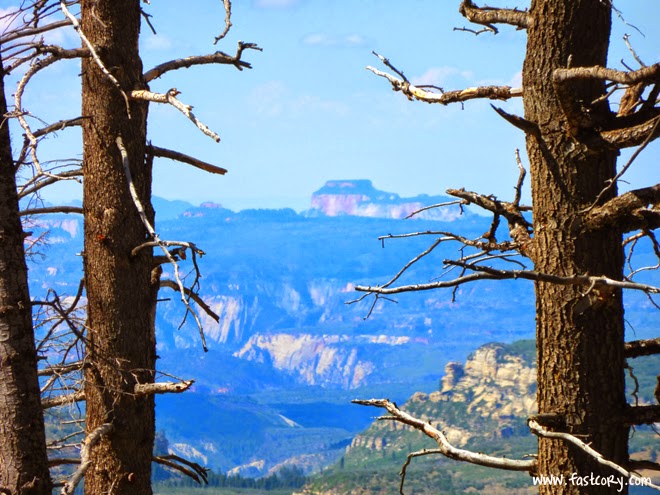 Reese admitted that it was on this trail, within the first 30 miles of his run, that his day would not proceed as smoothly as hoped. "My legs just had nothing to give. It was probably partly due to the altitude. Probably partly due to accumulated miles over the last few months. Probably partly due to just having an off day. But the bottom line is that my legs were already fried way too early into the run. At least having hundreds of butterflies flying around helped distract me from my aching legs." Reese later admitted that saying the butterflies helped him feel better was a complete and utter lie. 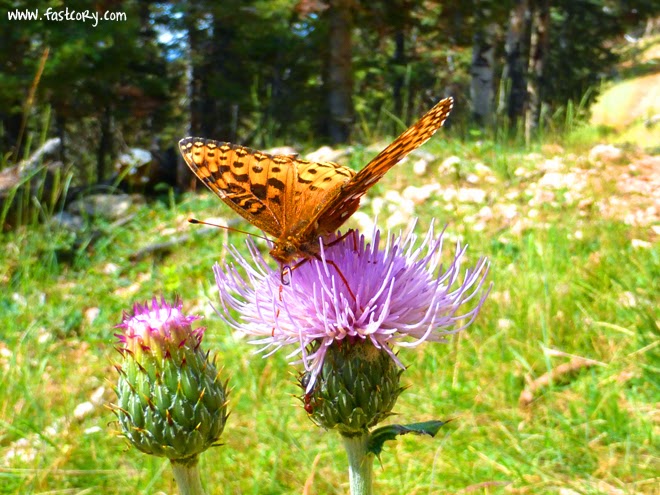 Amid the controversy about whether or not he was actually having fun, campers and hikers seem to question whether or not Reese's 100 miler can actually be called a "run". "I mean...sure. I saw him jogging every once in a while," said camper Lisa Henson. "But there was also a lot of staggering around taking pictures and jumping every once in a while." 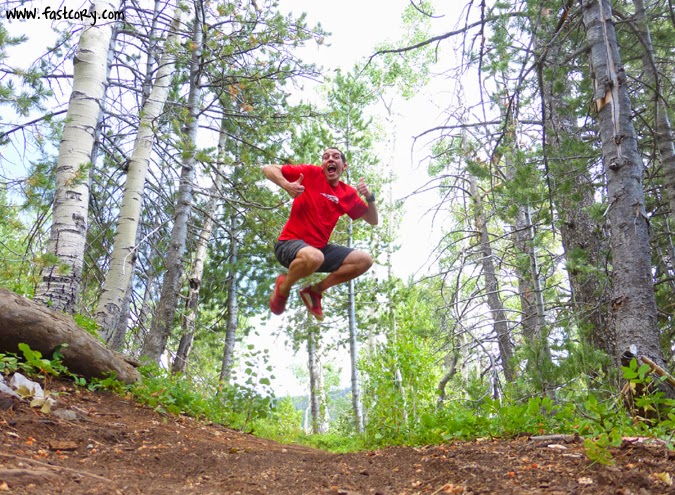 After exploring much of the surrounding area, Reese returned for another trip on the Navajo Lake Loop. "This trail is really pretty," he said. "I love how part of the trail weaves through fields of lava rock." 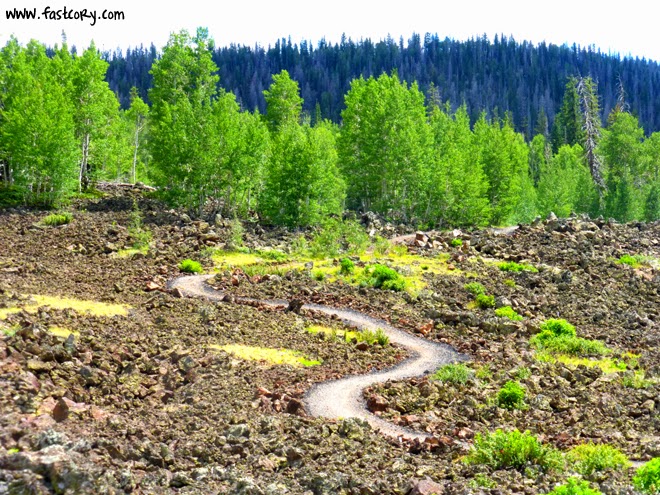 In the evening Reese passed campers who later expressed concern at the sight of him going by. "We were sitting there roasting hot dogs when this guy walked by. He was moving slowly and it looked like he had tears coming down his eyes." When questioned about this afterward, Reese said that during his run he listened to the entire audio book "Unbroken" about Olympic runner and WWII prisoner of war Louis Zamperini. "This is one of the greatest books I've ever come across," said Reese. "It really moved me." 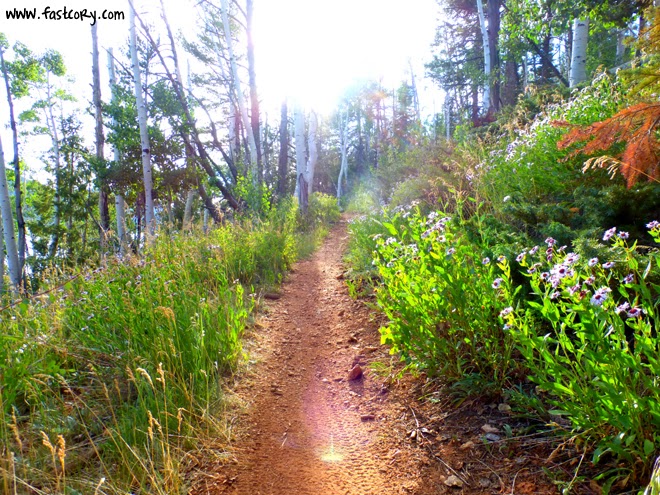 Feeling inspired after finishing the book, Reese felt a renewed vitality.....which lasted for at least a fourth of a mile. 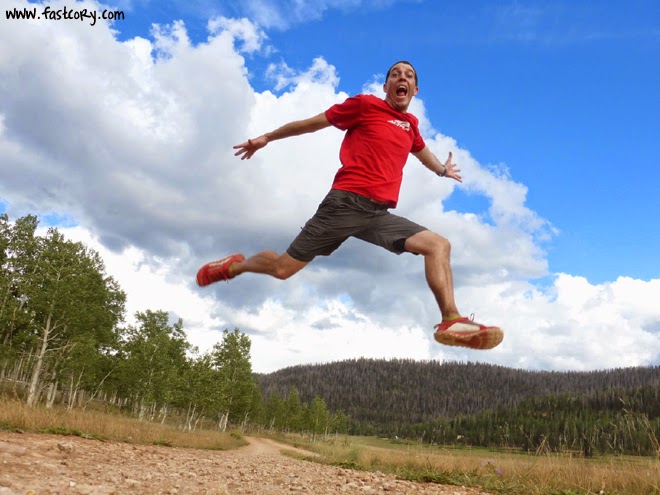 As the sun began to set, a wave of despair and frustration began to suffocate Reese. "This is the lowest I've felt in a long, long time," said Reese. "I kept doing the math over and over and over in my head. I realized that at the pace I was going going, I would be able to read 'War And Peace' at least four times in the amount of time it would take me to finish 100 miles. I just really, really wanted to give up." 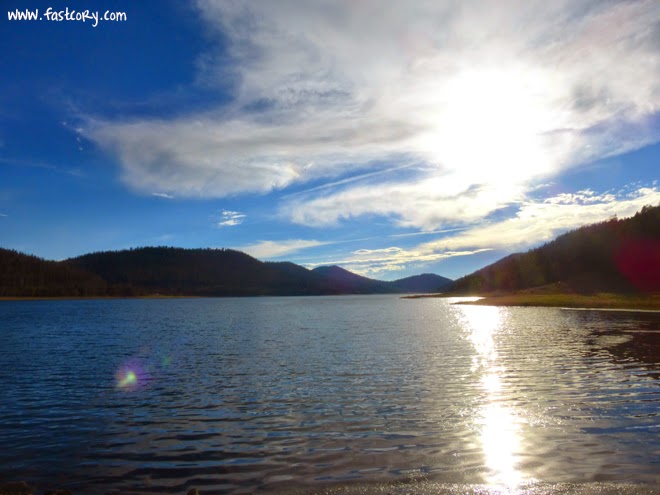 With each passing mile discouragement increased. "As much as I tried, I couldn't get my pace any faster. The harder trails earlier in the day left my legs feeling like they were pressed in a George Foreman Grill. I couldn't stop thinking about excuses to stop. I could think of a hundred valid, legitimate reasons to stop. But I only had one reason to keep going: I knew I would be disappointed in myself if I quit." 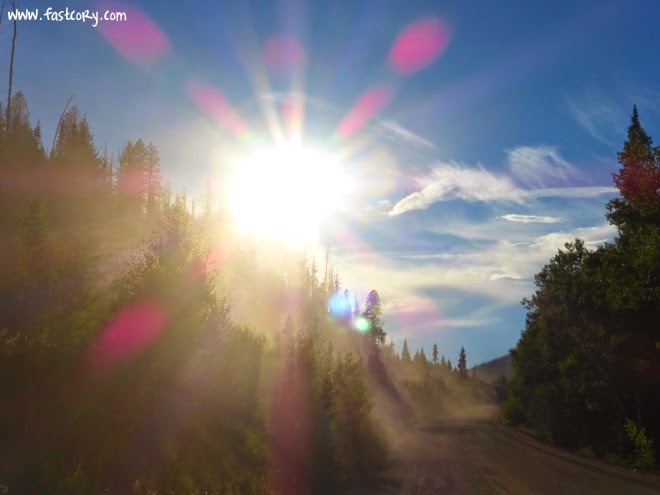 The dark of night welcomed another part of Reese's story. "I saw this furry animal on the side of the trail that looked like a koala bear. I tried to get a picture but it waddled away before my camera could focus." Reese seems to have forgotten that koala bears don't live in this area, but is adamant that he was not having a hallucination.

Within hours of the sun going down, wind picked up and temperatures dropped. Reese watched lightning storms far off on the horizon, both ahead and behind him. "I prayed to God that the lightning would move closer so I would be forced to stop my run. When I finished the prayer, I'd repeat it." But the lightning didn't move closer and Reese chose to continue running under a canopy of a billion stars. 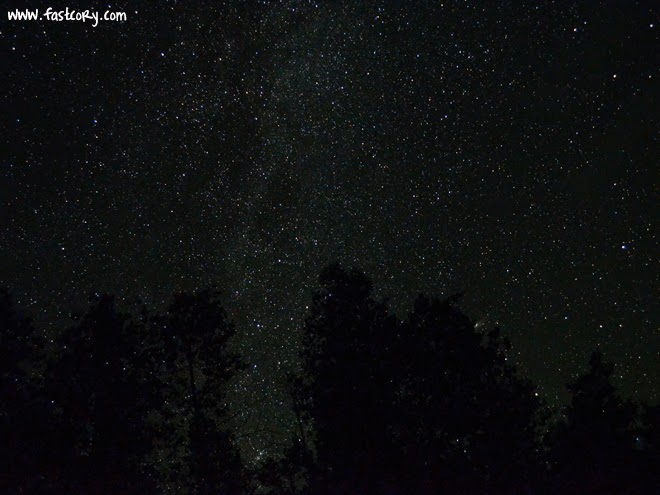 The second sunrise of his run seemed to reward the effort he put in to get through the cold night. 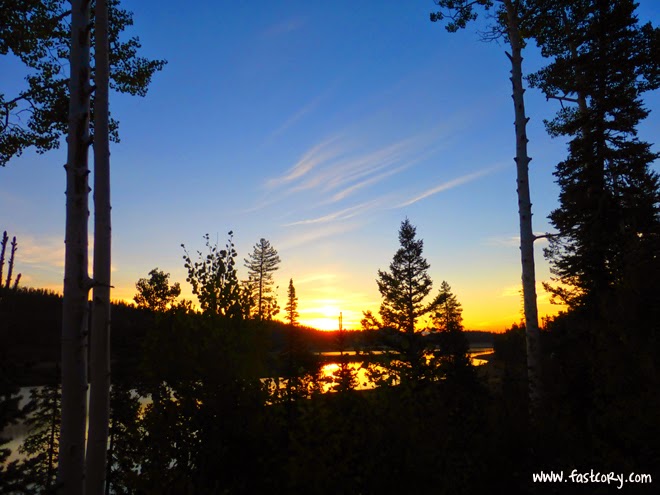 Reese had now covered 80 miles, a distance he couldn't have imagined reaching the day before when he was struggling mightily. 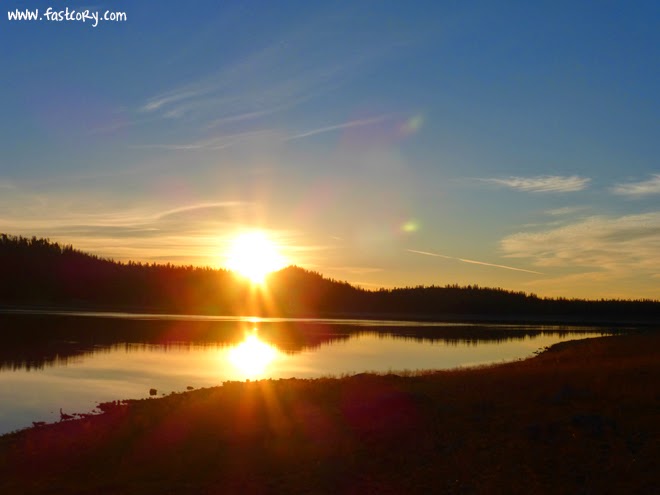 Morning turned to noon. Noon turned to afternoon. And Reese continued along his 100 mile "run" (which at this point looked much less like a run and much more like a sloth sinking in quick sand). "Even though I'm really struggling, I'm still having fun," said Reese. "A 100 miler is fun in the way that people think riding a roller coaster is fun. They wait in a long line for 45 minutes, have someone strap a tight seat belt around their manhood, go up and down steep hills that propel stomach bile into their throats, get whiplashed to the point of needing a chiropractor.....and then call it 'fun'. So, yeah, 100 milers are a blast!" 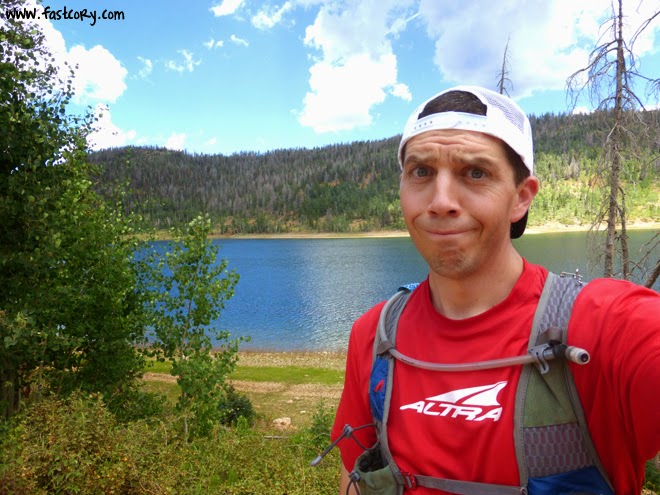 After 99 miles that were more difficult than listening to a Celine Dion album, Reese's run was nearing an end. It was in that last mile that he stopped his slow shuffle mid stride. After nearly stepping on a butterfly he bent down to look closer. And for a brief moment that butterfly became part of Reese's 100 mile journey. 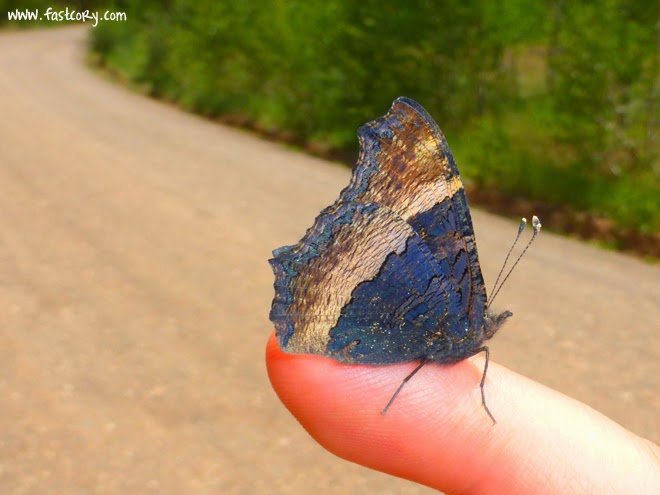 Reese completed his solo Navajo 100 after 31 hours and 57 minutes. In the twelve 100 milers he has completed, only one has been slower. "Every race I've done this year has gone almost perfectly so it was time to pay my dues and have a rough one. I really struggled this time. But those challenging runs are the ones where you learn the most." Against the odds, Reese completed his goal of running a 100 miler every month for seven months in a row. At Navajo Lake his finish was not marked by crowds of people cheering on runners. There was no medal or belt buckle. No finish line food tents. (Unless you count the Oreos and Dr. Pepper in his car.) There was only the sound of wind and the internal satisfaction of knowing he didn't give up. 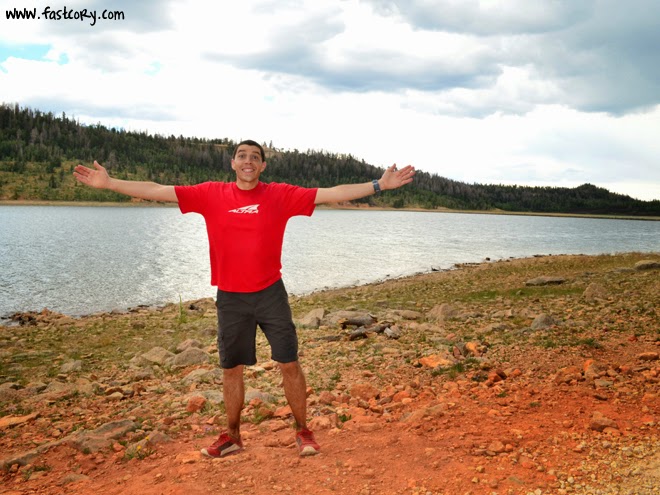