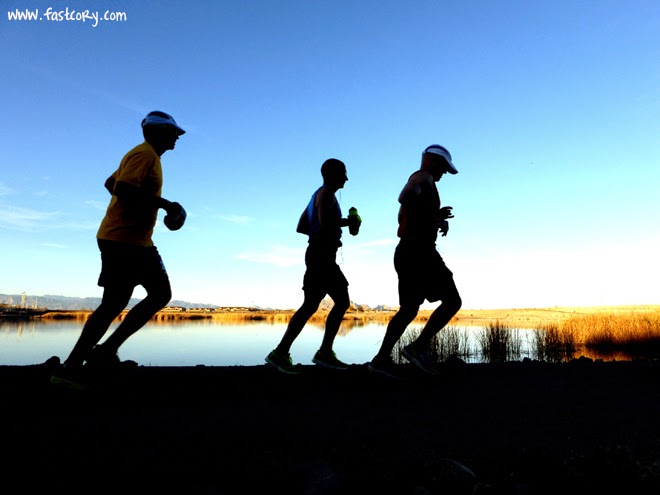 A few months ago Mariah Carey performed a Christmas song on TV. For the sake of your ear drums I hope you haven't seen/heard it. (If you're brave you can check it out HERE.) It started off tune and got progressively worse, ending in a fiery train wreck.

The Jackpot Ultra Running Festival over the weekend....was my own personal Mariah Carey performance. Things started off on the wrong foot and I was never able to get the train back on the tracks.

Like I mentioned before the race, I wasn't sure if I was going to go for 100 miles. I was signed up for 100 but considered dropping down. My knee has been kind of tight and I didn't want to make things worse. The race is in Vegas where crappy buffets abound and one out of three residents is a fake Elvis. The race course is a 2.3 mile loop around a bird sanctuary lake where geese honk incessantly like whiny three year olds. It's hilarious. 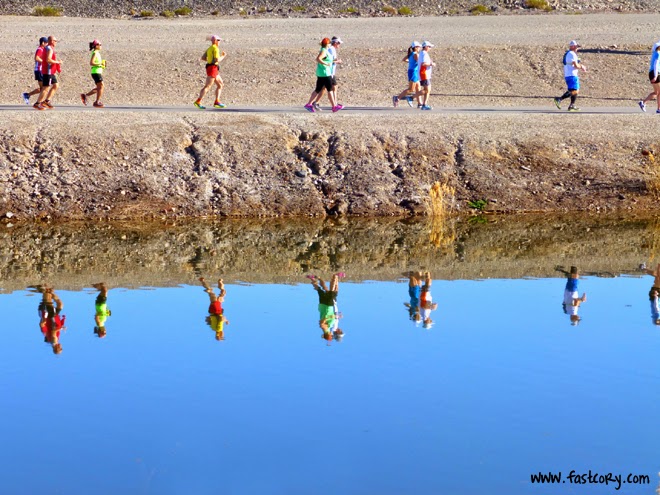 For me the absolute highlight of the race was running with Mel and Jackson who both signed up for the 12 hour race. (There were options for 6 hour, 12 hour, 24 hour, and 100 mile races.) Years ago I had this fantasy about running Jackson's first marathon with him when he got older. At that time I didn't expect that he would be shooting for a marathon at age 13. But he decided this would be his goal for Jackpot. 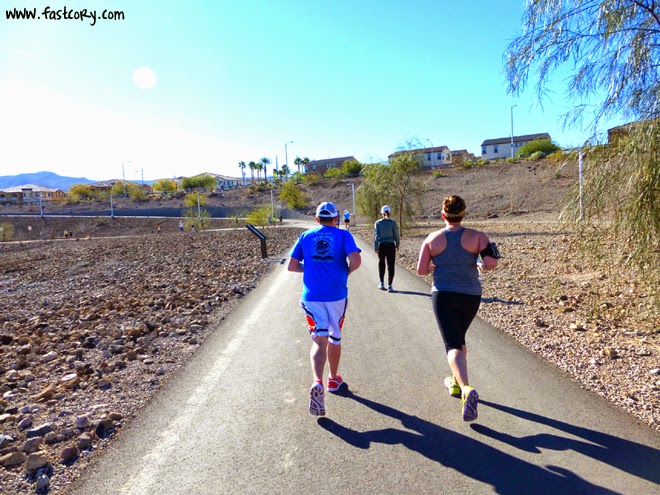 Mel ran her last marathon a few years ago and swore that she would give birth to a baby rhinoceros before she'd run another marathon. Okay, she didn't say those exact words. But that's unquestionably what her face said when she finished. Well, she decided to go for at least a marathon at Jackpot also. Jackpot is a good place to do something like that because the race directors really go out of their way to help runners succeed. (Read: brownies at the aid station.) I pretty much knew from the beginning that it wasn't going to be my day. Within the first few miles I was channeling my inner Mariah Carey. I decided to just have fun, talk with runners, and take what the day gave me. For me, the most inspirational runner of the race didn't actually "run" a single step. This is Huguette White who did the six hour race. She was always so happy and encouraging. One of the reasons I love races so much is seeing people like Huguette challenge the boundaries of what is possible. 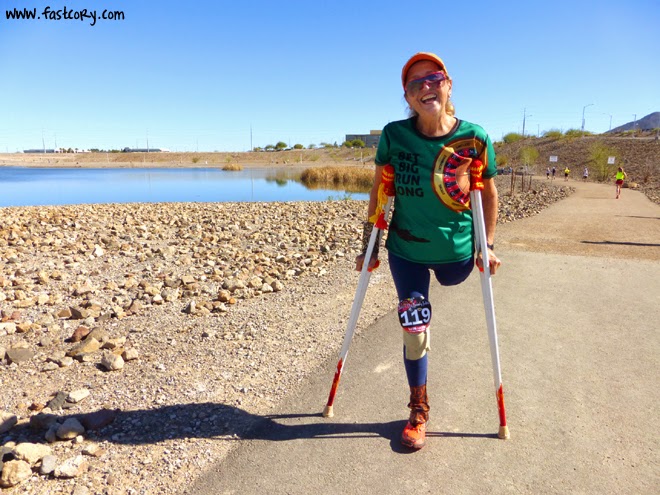 I also met a new friend named Gene. He is 79 years young and told me that he has already run four marathons in the first six weeks of the year. Simply, simply incredible. 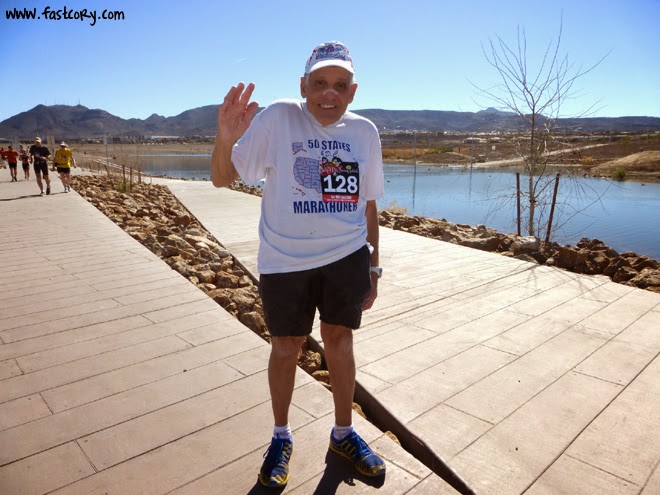 Jackpot happened to be on Valentine's Day. Me and Mel spent it together with a couple hundred other people. Running. And sweating gallons by the hour because it was 8,613 degrees outside. And eating cheesecake at the aid station. And waiting for each other at the Porta John. And commiserating about achy legs. And jumping. 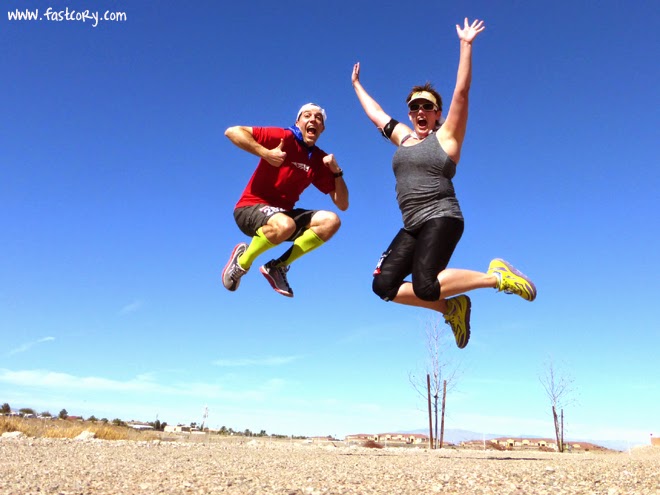 I kept plugging along at approximately the speed you move when standing in line at the DMV. My knee and body didn't want to cooperate. I admit, it was frustrating to be going so slowly, particularly because this race was so smooth for me last year and I got a 100 mile PR of 22 hours and 24 minutes.

I managed to compound my not-so-great situation by accidentally stubbing my big toe on a big rock. No bueno. I'd like to describe how it felt. Years ago Mike Tyson fought Evander Holyfield. In the middle of the fight Tyson bit Holyfield's ear off. Remember? Well, after I kicked that rock the rest of the race felt like Mike Tyson's teeth were clamped onto my toe. And Mike Tyson's teeth are sharp! I'm positive that in a few days I'll only have nine toe nails. 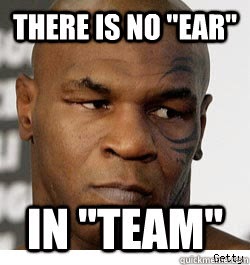 I was so impressed watching Jackson during the race. He didn't whine or complain at all during the times I saw him and he just kept moving forward. It was an incredible feeling to talk to him later in the race when his mileage continued to build and I knew he would reach his goal. He is determined and stubborn - the two most important characteristics of runners. 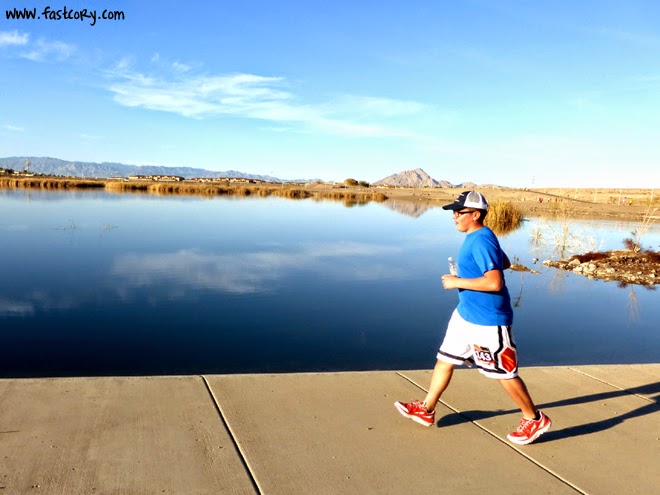 We had the misfortune of running on a day that set a record high for Las Vegas. It reached 80 degrees, about 20 degrees above average. For February that's pretty warm. I kept my shirt soaked in water all day and kept ice in a bandanna around my neck which helped keep the heat manageable. (One minor side effect of a wet shirt and dripping bandanna is that your shorts get a little wet too.....and it looks like you drank a gallon of Gatorade and didn't make it to the bathroom in time. Worth it? Definitely.) 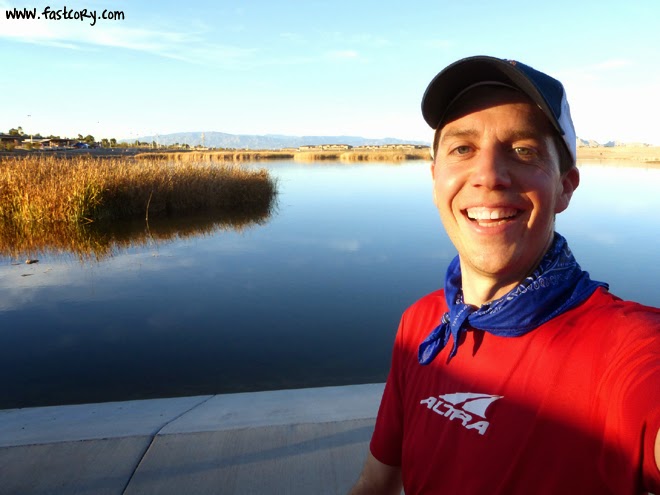 I decided that I would stop at 50 miles. I have some big races coming up that I don't want to be sidelined for. This decision didn't come easy. I wrestled back and forth for hours. It can be discouraging to not accomplish what you set out to do. But an ultramarathon isn't supposed to be easy. When you attempt something so challenging, there is always a risk that it won't turn out quite as planned. All the veteran ultrarunners have collected some DNFs (Did Not Finish) along the way, because unless you're always playing it safe, DNFs are part of the territory. Last year I wrote an article called Five Thoughts On Failure that I got a lot of kind emails about. This was my opportunity to (again) put that advice into practice. 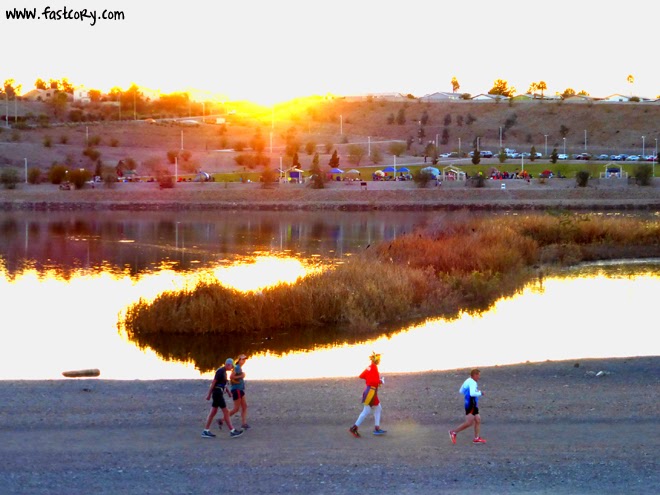 As the sun went down I was so inspired by my fellow runners. I was impressed with so much positivity, encouragement, and determination. For example, I spent a bit of time with my friend Mark Mccaslin. He said he was having a rough day and not feeling good at all. A few minutes later he barfed up what looked to be a 13 course meal. And yet he finished 100 miles! I am constantly amazed that amidst difficult conditions and personal challenges people persevere.

So I went on to finish 50 miles. But this story has a remarkable ending. Mel and Jackson didn't just finish a marathon at the Jackpot Ultra Running Festival. They both kept going after 26.2 miles and each of them finished a 50k (31 miles) - their FIRST ULTRAMARATHONS! I really can't describe how proud of them I am. To be able to watch them along their journey was such an amazing experience. Here they are about to finish the race. They did their last lap together. 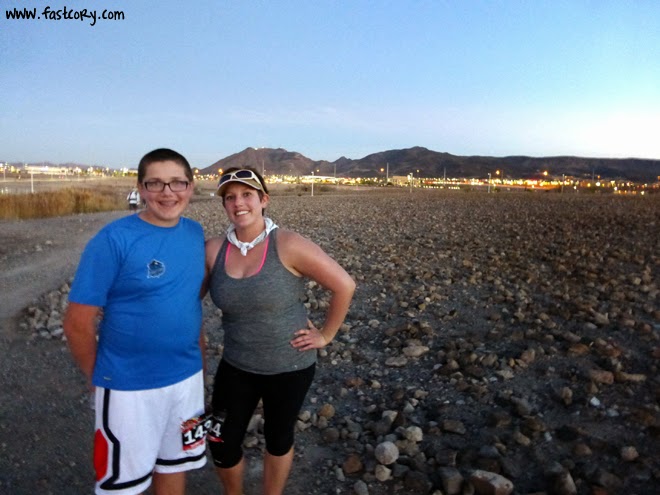 Despite my race going about as crappy as possible, that was far outweighed by the awesome ending to this adventure. 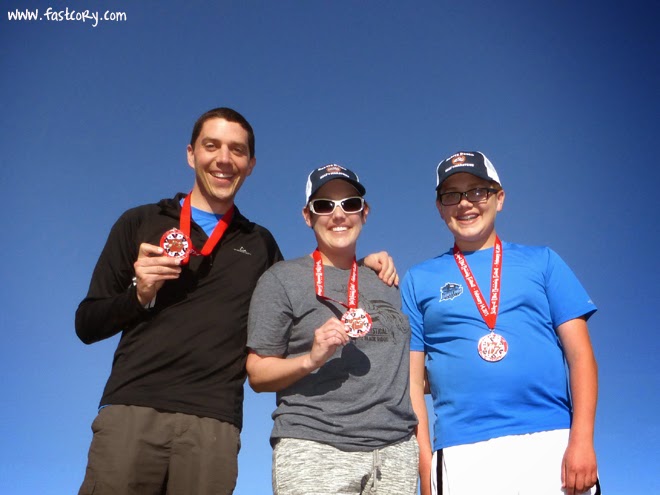 "Believe that you can run farther or faster. Believe that you're young enough, old enough, strong enough, and so on to accomplish everything you want to do. Don't let worn-out beliefs stop you from moving beyond yourself." ~ John Bingham 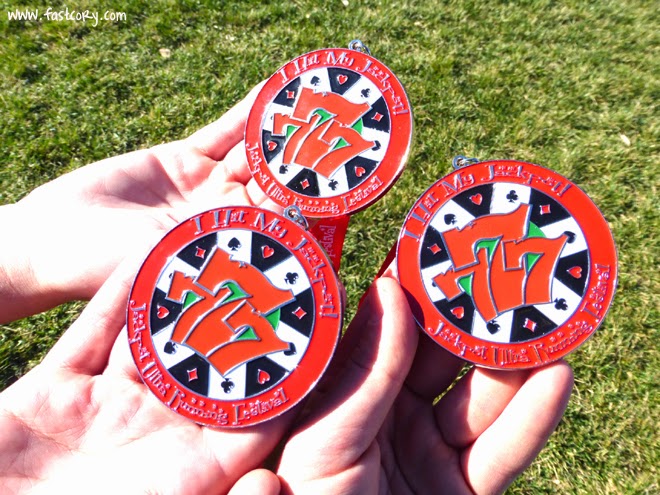