My Man Crush, A Nipple, And Unholy Amounts of Diet Dr. Pepper 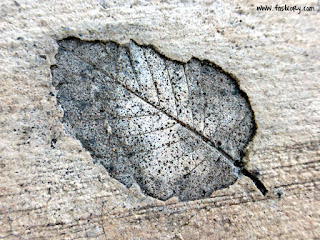 Here's what is going on in my life right now:

1) I have a man crush on Scott Jurek. I told you this a few years ago when we hung out together. We are basically BFFs. (And by "BFFs" I mean that I met him at a book signing.) But my man crush is even stronger now after he set a record running the 2,189 mile Appalachian Trail. I admit I was swooning when he said "Hi Fast Cory!" 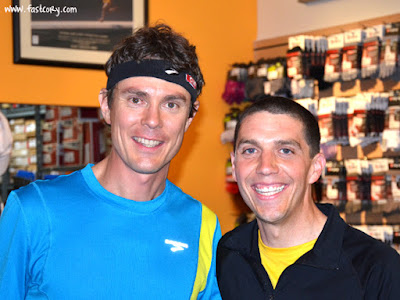 2) A Celine Dion song was on the speaker at the grocery store. I had frozen items in my cart. Otherwise I would have just ran to the parking lot and waited until the song got over so that sound didn't pollute my ears.

3) It is ridiculously, unfairly hot in southern Utah. Therefore this week I have consumed a few Diet Dr. Peppers in cups as big as my head. Don't judge. You would too if you lived on a surface of the sun.

4) I did some running last week. Big whoop. (Remember when that saying was popular? Like in 1984?)

One day I ran an 18 miler, mostly hills to get ready for some upcoming races. I did a few hill repeats to the H overlooking my hometown of Hurricane, Utah. This was the first time I've been here. It just looks like a blob of white when you're standing there. 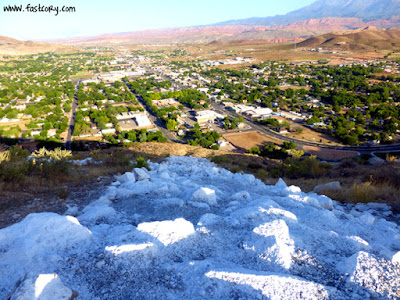 But from a distance this actually is an H. I'm not lying. I took a H picture a few days later on another run. You can see Zion National Park overpowering the background. 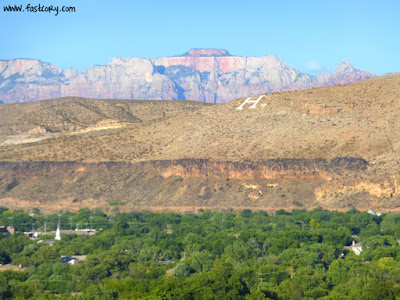 I really love where I live. I mean, I don't exactly love that summer temperatures are around nine BILLION degrees. But other than that, this place is perfect. While standing on the H I could see my house in the distance. This is the beautiful area I live. Here is my house. Feel free to drop off brownies anytime. 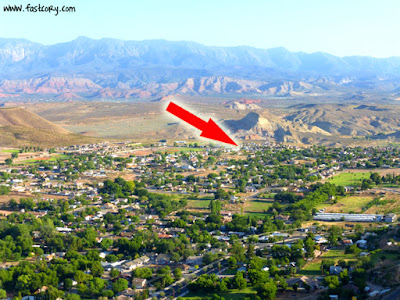 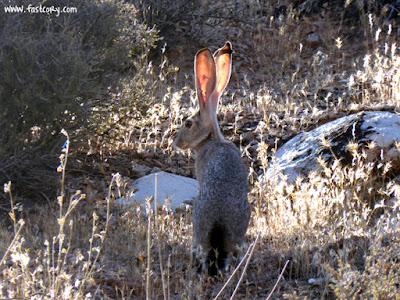 After visiting the H, I made a trip to the top of Mollie's Nipple. I bet you're dying to know why this bundle-of-fur infested mountain is called Mollie's Nipple. A picture is worth a thousand words. 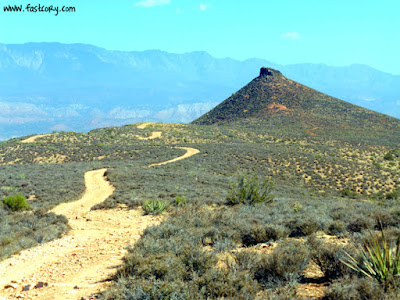 I took a selfie standing atop the nipple. Couldn't open my mouth though. Because sweat would run into my mouth. And a cocktail of sweat and sunscreen is not exactly the beverage you want to drink while standing atop a nipple. 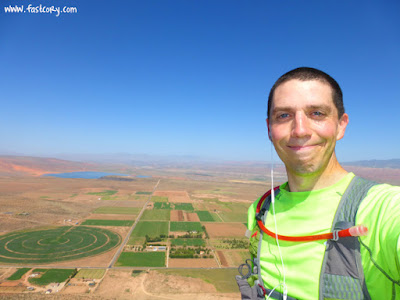 On a 9 miler later in the week I ran mostly on roads. I've run on this certain sidewalk many times but it's usually early morning by the light of a head lamp. So this was the first time I noticed this cool mark in the cement from a falling leaf. 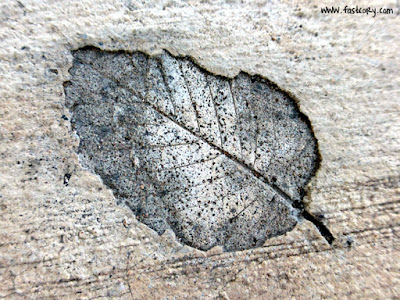 Saturday my legs needed an easy day. 4 miles on the trail with the greatest name in the world: the More Cowbell Trail. I didn't see any runners but there were lots of mountain bikers. I am deeply, madly in love with this trail that skirts along the edge of the mesa. Look closely and you'll see some bikes. 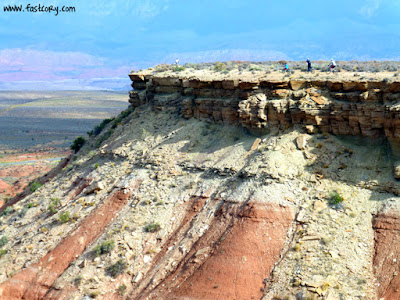 Proudly sporting my Tailwind Trailblazer shirt. I'm lobbying for them to make a Dr. Pepper flavor of Tailwind. Can you say "#1 Best Seller"? 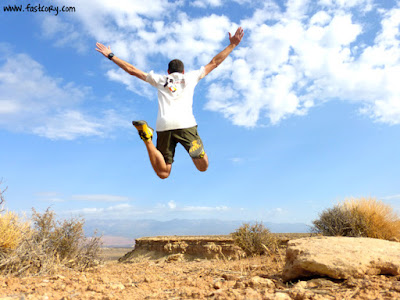