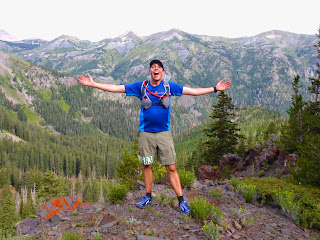 Do you love to eat Twinkies while running? Sweet, me too! There's nothing worse than running out of Twinkie storage room in your hydration pack. Well, my friends, I have a solution to all your lack of Hostess storage problems.

I have used an UltrAspire hydration pack for as long as I've been running ultramarathons. They recently came out with a new pack called the Astral which was specifically designed to fit women to give a more comfortable, less restricting fit around the chest area. My friend Steve at St. George Running Center said they aren't just for women though and said the pack has a great fit for men too.

A week after I heard the praise from Steve, UltrAspire asked about providing a pack for review. Since then I've been testing it out on many training runs as well as a very big race. In fact, I wore the Astral on my first ever run to the peak of Mount Timpanogos. 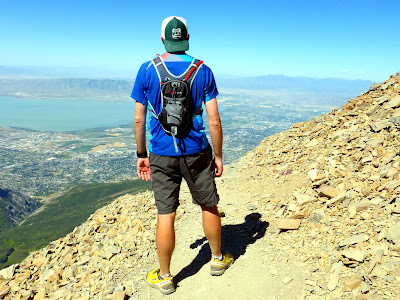 My friend Catherine took a few pictures of the pack when we were on this run (during which I regretfully consumed no Zingers or Ding Dongs). 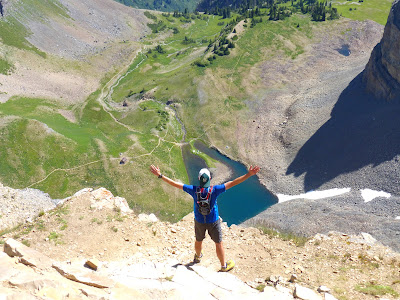 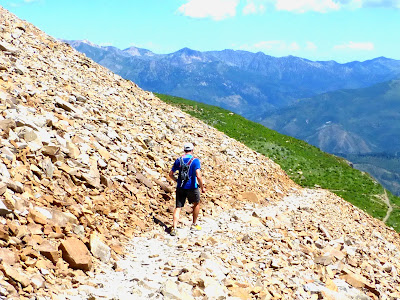 I also used the pack when I ran the Tushar Sky Marathon, one of the hardest and most beautiful races I've ever run. 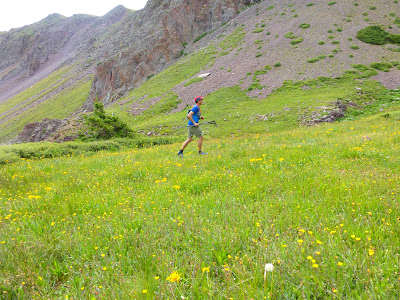 So here's the low down on this pack. First of all, I love how it holds a two liter bladder. (And speaking of bladder, you're going to have a full one after all that Mountain Dew you're drinking at aid stations.) There is lots of storage in the pack. The biggest pocket is large enough to easily fit five family-size bags of M&Ms. That, my friend, would hold lots of Twinkies. (This one pocket is a bit more restricted when a full two liter bladder is up against it. 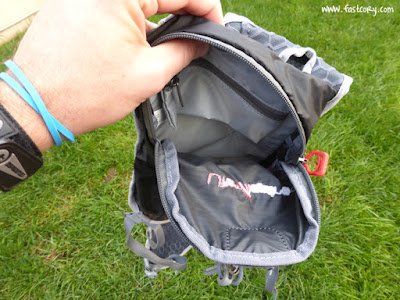 There is a stretchy mesh pocket on the outside of the pack that would be perfect to stuff a small jacket and gloves into. Or if it's hot outside and you don't need a jacket and gloves, you could put a can of Dr. Pepper and Butterfinger in there. Don't disregard the soda idea. My friend Sam Jewkes packs a can of Mountain Dew as a celebratory beverage to drink at the top of each mountain peak he climbs. That's a tradition I can get behind. The stretchy mesh does a good job of holding things in place. On the front side of the pack you get four more pockets. There are two smaller ones toward the top. One is a cool magnet-closing pocket and the other is a zipper pocket. Some people may use these for their car key or salt tablets. The zipper pocket could certainly fit a bag of Mike and Ike's. 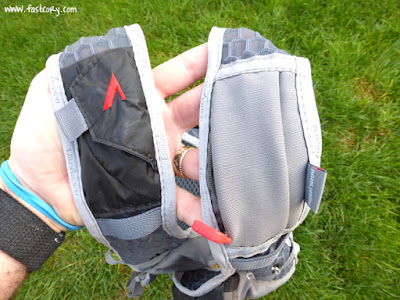 The final feature is the two pockets that sit lower on the chest. There is a stretchy elastic pocket that I keep my camera in, but would also be perfect for a small water bottle or phone. The zipper pocket is roughly the size of two king sized packs of Skittles. Conceivably you could fit plenty of gels in this pocket. But why would you put gels in this pocket when it could hold two king sized packs of Skittles? 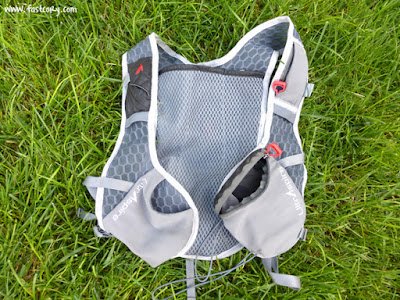 The pack is light, comfortable, and looks as cool as a Dairy Queen Blizzard on a hot day. So although the pack was specifically designed to give a comfortable fit around the chest area for women, I've run with this pack enough to feel okay saying this would be a good option for men or women of any shape or size. 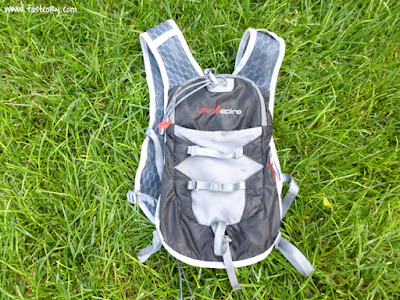 If you want to save a few bucks you can use discount code uaa5210 at checkout for 10% off orders from their website. I hope you enjoy the nice little sugar buzz you'll get from all the calories you'll store in this pack. And may that sugar buzz carry you for many fast and fun miles. 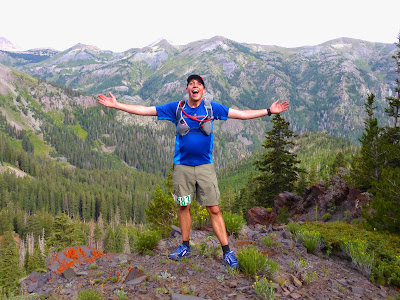