What do you do when Cory and Lisa from Ultrarunning Magazine come to town? I narrowed it down to three possibilities:

3) Show them around one of southern Utah's most beautiful trails

It was an agonizing decision but I finally decided on option #3. I took them to the More Cowbell Trail a few short minutes away from my home. 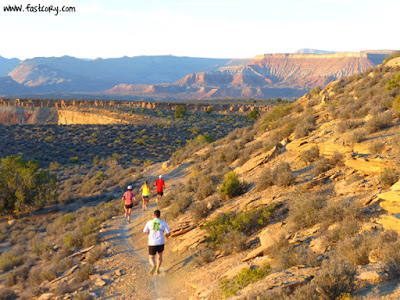 They asked about jumping picture techniques so after a quick tutorial they gave the jump shot a try....and immediately became experts! 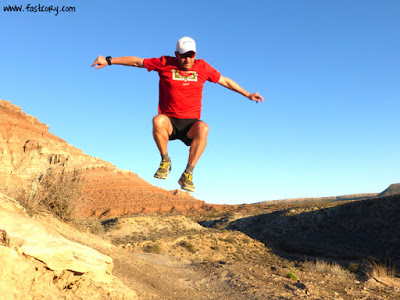 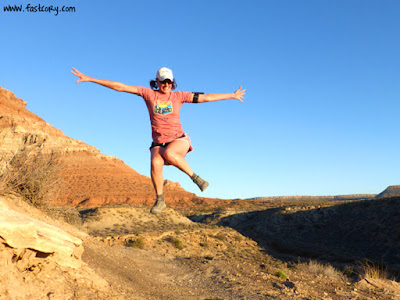 I had a few other friends come to join in the fun. There was Dave: 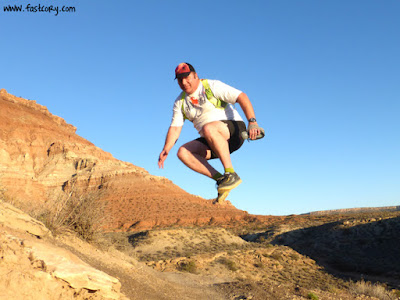 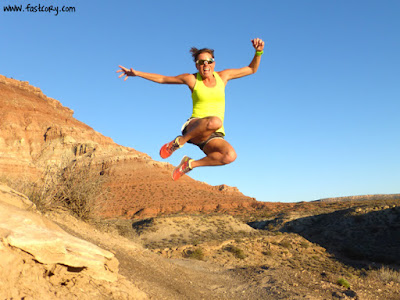 I had so much fun with these guys. Within five minutes I knew our run would be quite a bit more fun than a pumpkin pie eating contest or laughing uproariously to the Golden Girls. 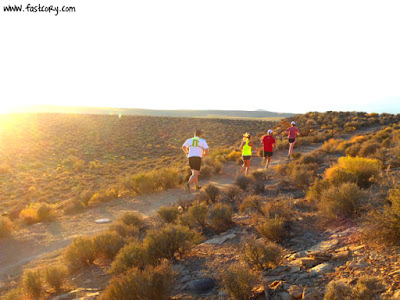 We hit the trail right at the golden hour when the cliffs and mesas around us were glowed like a burning ember. I beamed with pride at the beauty of southern Utah. 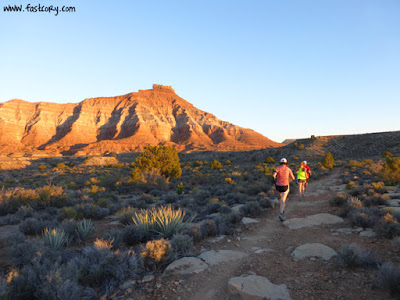 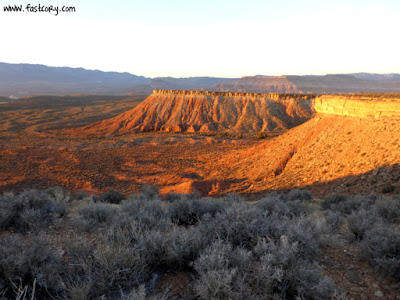 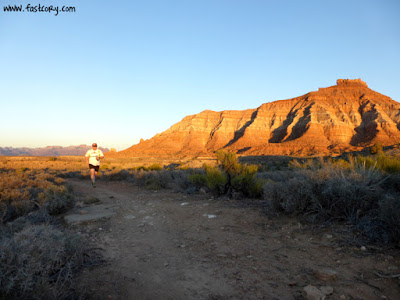 It was a great run with new and old friends. You know those times when you don't want a Golden Girls episode....I mean a run.....to end because it's just so awesome? This was one of those times. 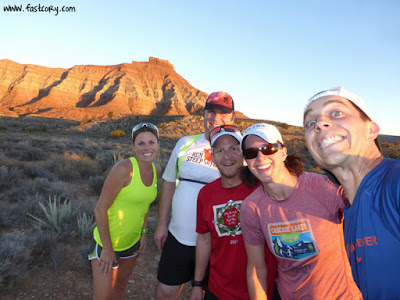