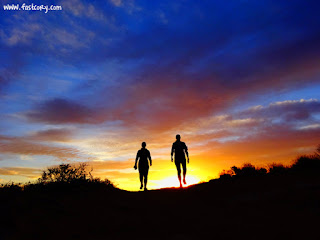 Last week I ran the 26.2 mile Dirty Hurty Half Marathon. Technically it was indeed a half marathon distance, 13.1 miles. But my wife says that trail miles are twice as hard as road miles. She ran the half marathon with me, and she maintains that her miles were worth a marathon.

The race was put on by Steve and Kendra Hooper at the St. George Running Center. (They also did the Red Mountain 50k/30k at the same time on the same trails.) I bought my first pair of running shoes from them seven years ago and we've been friends ever since. You won't find two nicer people. 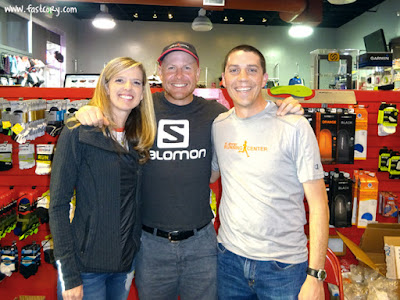 As a nerdy photographer dweeb, I was excited as we drove to the race because there were clouds obscuring the stars in the sky. For nerdy photographer dweebs, there is nothing worse than a clear blue sky. Clouds give pictures personality. Once the race started, those clouds created a stunningly beautiful sunrise and I caught this picture, one of my favorite shots I've ever taken during a race. 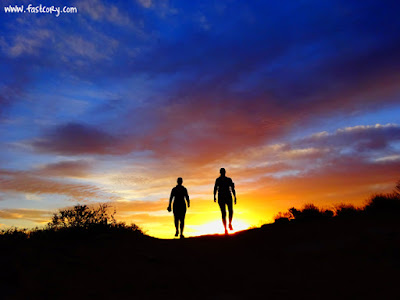 I've only run the trails around the Santa Clara/Ivins area of southern Utah a few times so it was a blast to enjoy some views that are different from what I see on my home trails. 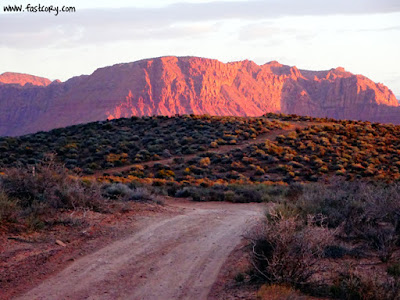 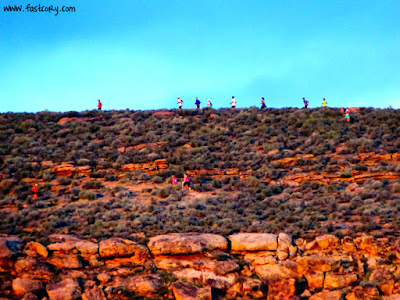 I am so proud of Mel. When I asked a few weeks ago if she wanted to run the race with me, she asked "Do you think I can go that far?" She's run a few half marathons and marathons, but it's been a long time. Additionally, she had never done a trail race. "Sure you can!" I said. I reassured her that we'd just go have fun. No pressure. No need to go fast. Just go have fun. 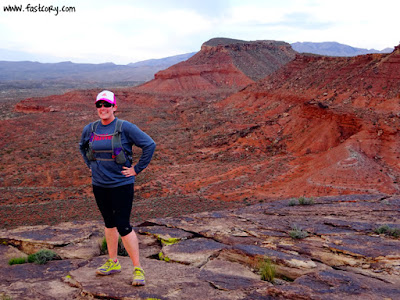 Sometimes I wonder if I'm a photographer who runs, or a runner who photographs. I don't think I have an answer to that question. I do know that I love the challenge of capturing the spirit of the scenery around me. 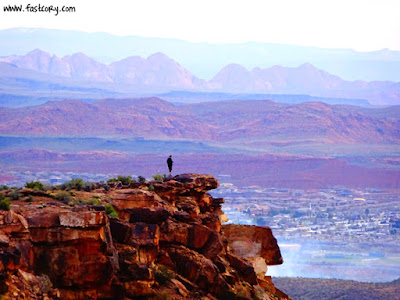 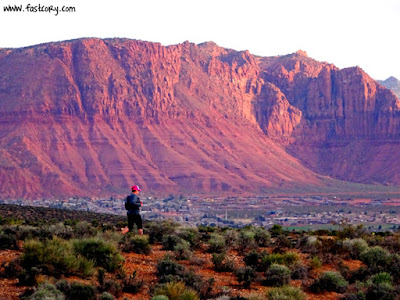 The benefit of doing a race with your spouse is that you can simultaneously run, plan dinners for the upcoming week, discuss landscaping ideas for the yard, and assess the merits of American Idol versus Survivor. 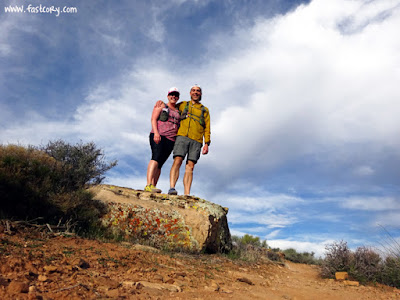 I love running local trail races. It's so fun to see friends out on the trails and working the aid stations. Here is a picture of our friends Melissa and Emma volunteering at an aid station. Mel and I both used Tailwind in our packs, which was perfectly complemented with some mid-run Swedish Fish and fists full of M&Ms. 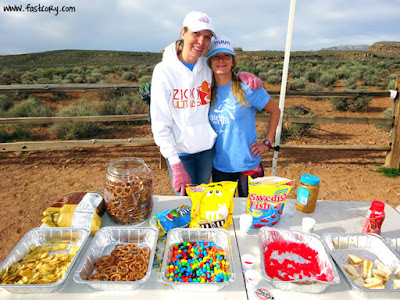 Mel snapped this picture of me as we headed out from the aid station for the final stretch of the race: 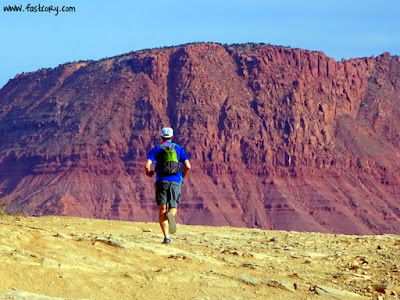 Mel had the expected highs and lows that come when you run a race farther than you've run in quite a while. I was continually impressed that even in her low points, she kept pushing forward and did her best to stay positive. 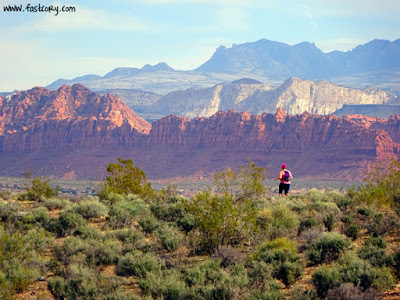 I found a rock that was a perfect summary of how much fun I was having during the race: 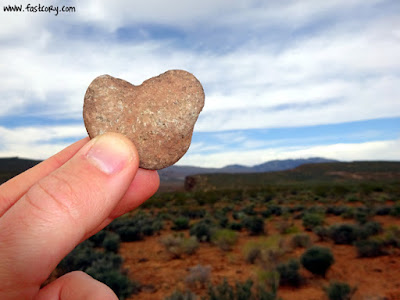 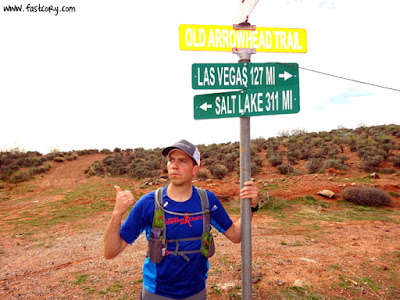 I admit that this sign BLEW MY MIND when I saw that Las Vegas was 127 miles away. I immediately thought about Badwater coming up in July in Death Valley. That race is 135 miles long. It was difficult to fathom that if I started running from this sign all the way to Las Vegas, it still wouldn't be as long as Badwater.

We finished the race after nearly every other half marathon runner had finished. I like to think that we just wanted to take as much time as we could to enjoy the amazing trails. Steve and Kendra put together a stellar race. The course was well-marked, the aid was great, and the finish line atmosphere was fun. Mel feels like she is officially a trail runner now. And she's already talking about doing the race again next year. 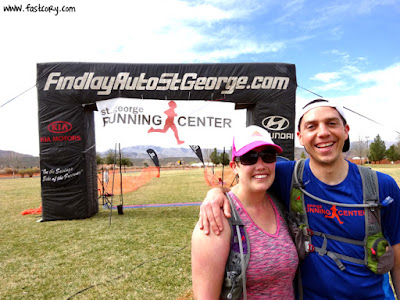