A Sunrise, A Sunset, and The Red Rocks of Southern Utah

I just never get sick of it.

You can replace the word "it" with "cinnamon rolls". Or "my daughters singing Adele's song 'Hello' in a raspy, pseudo-opera voice". Or "Sunday afternoon naps". Or "southern Utah's trails."

Last week I hit up the trusty Smith Mesa for an early morning half marathon. Whilst doing so, I did a jump shot that complemented my scrawny, frog-like legs: 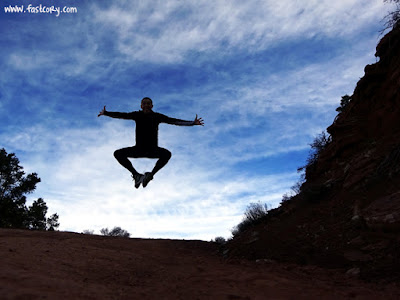 I took the wussie way to the top of the mesa. The wussie way is the road. Which still isn't incredibly wussie because it's pretty steep. But it's far less wussie than the other way to get to the top, the Flying Monkey Trail. (For reference, check out the Zion 100 race report, you'll see what I mean.) 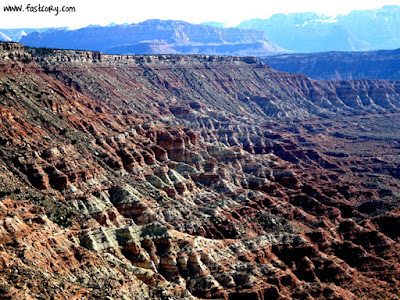 Southern Utah does red better than anywhere else I've ever been. 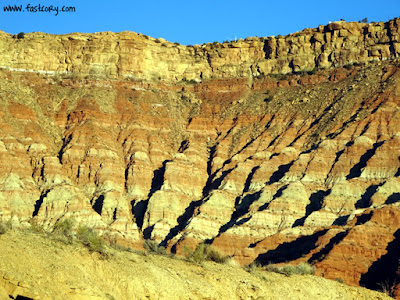 A few days later I met up with Jud Burkett at The Spectrum Newspaper. He was working on a story about my upcoming Badwater run. (His article was very thorough....and kind. You can read it HERE.) We hit up the Chuckwalla Trail. 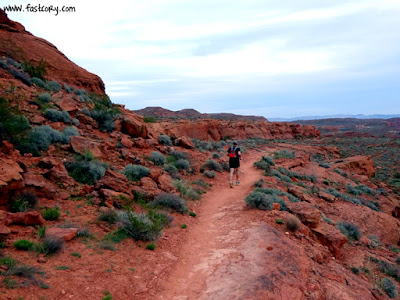 I've got big plans coming up with Jud. I'll tell you more about that another time. He is quiet and thoughtful and kind. He's basically just a really, really nice guy. (When you read his article, you'll see why I'm dressed for a winter run, and he's not.) 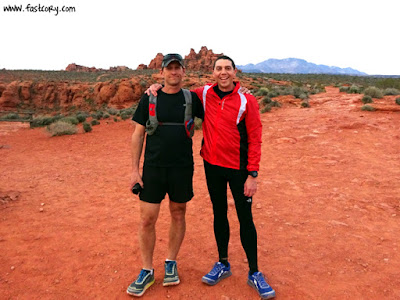 I caught this picture of him as he crested the top of a hill. I like how this one turned out. 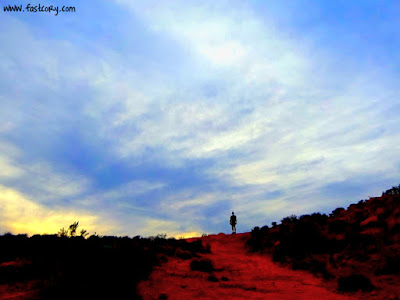 Proof of why I never get sick of it.
Posted by Cory Reese at 8:36 AM