February was a busy month! There was that trip to Death Valley. There were those visits to the grocery store to buy expensive human food for our dogs. Admittedly, the food wasn't originally intended to be eaten by the dogs. It's just that they've become absolute MASTERS at stealing food off the counters when humans aren't watching.

Little Debbie, the Great Dane turned one year old in February. Check out THIS post to see how much she has grown over the past year. I am convinced that this dog is possessed by the devil 60% of the time. (The other 40% of the time she is asleep.) She only ruined three birthday hats during the taking of this picture. 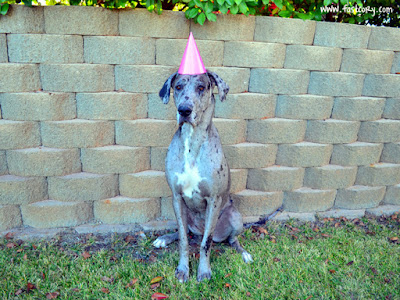 On a Sunday afternoon I took the fam for their first visit to Little Creek Mesa. 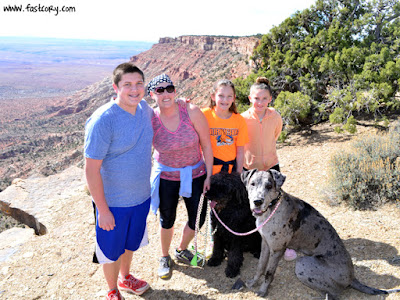 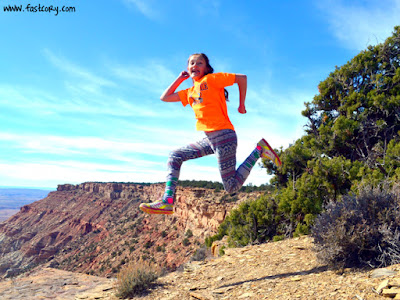 Jackson had fun throwing rocks off the cliff and seeing how long it took before we could hear them hitting the ground below. 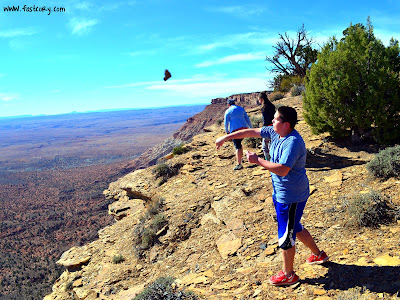 By the time we got home from the mesa we were all covered in dog slobber from that previously mentioned one year old spawn of the devil. 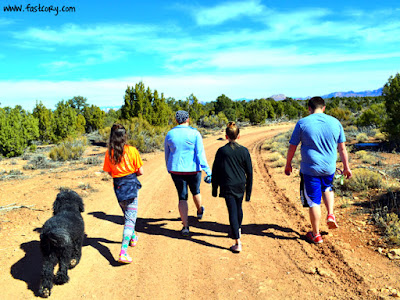 We've been planting flowers in the backyard and doing some spring cleaning. Kylee is always so excited to help with the gardening. I'm thankful she has a green thumb to compensate for my black thumb. 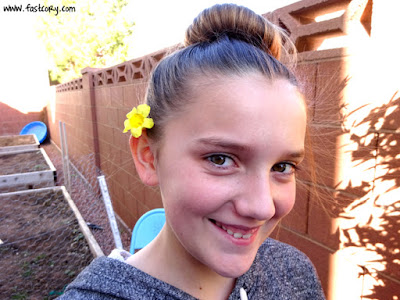 I've been spending some time on the trails, including one of my very favorite spots near the JEM Trail. I couldn't count how many miles I've run here and I never get sick of it. 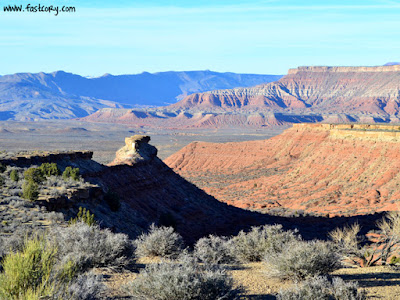 This area also happens to be a prime spot for finding heart-shaped rocks: 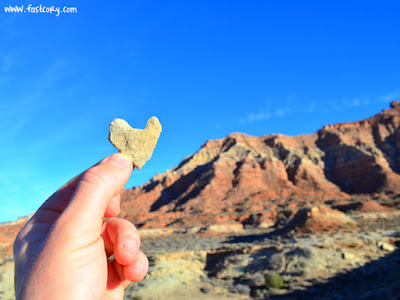 The weather in southern Utah has been PERFECT lately. Instead of enjoying it, I've started the process of making myself miserable to train for Badwater. Even when it's warm outside, I wear tights, a long sleeved shirt, another base layer over that, and then a jacket. (I sometimes complement the wardrobe with a wool hat.) Hopefully the heat training will pay off in July when I go run through Death Valley. There better be some return on investment for the sacrifice of wearing tights while being seen in public. 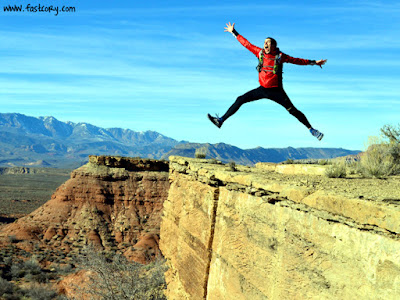