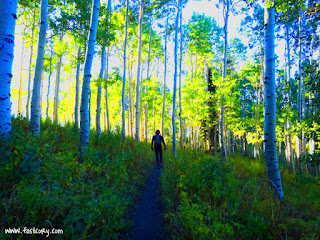 The Wasatch 100 is a CRAZY hard race. Imagine:

Each of those things is very difficult. But running the Wasatch 100 is harder than all those things. Combined! I had the privilege of pacing my amazing friend Jared Thorley at the race last week.

I ran the Wasatch 100 last year and it was unquestionably the hardest trail race I've ever stepped foot on. I'm still working through PTSD from that race and the fact that I finished a comfortable (cough, cough) 35 minutes before the cutoff.

Jared paced me at that race so I was excited to return the favor. I planned to pace him from mile 67 to the finish. When I met up with him at the Brighton aid station (affectionately known as "The Morgue") Jared was feeling good, but sleepy. It was 3:00am and he wanted to nap for 10 minutes. I was impressed that he managed to sleep despite the chaos of the aid station. 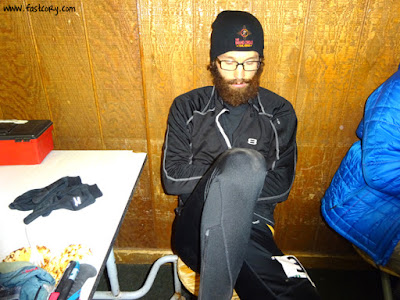 After a few hours in the darkness the sun slowly began to light up the horizon. We arrived at the Ant Knolls aid station and a volunteer came up to me. She said "Are you Cory Reese?" I said "Yeah." She said "Did you just have a book come out?" I told her I did. Then she asked if I went to Oakdale Elementary School. I was stunned as I responded that I did. She said "I was in your first grade class with Mrs. Wassom! I remembered your name because I wrote in your workbook and got in trouble from the teacher." I had not seen Julie McDermott for 30 YEARS! It was awesome to have a mid-race elementary school reunion. 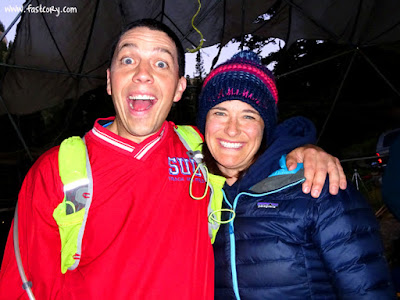 As the sun came up, my camera came out. And for the rest of the day I struggled to put it away. The Wasatch Mountains are so seriously beautiful. 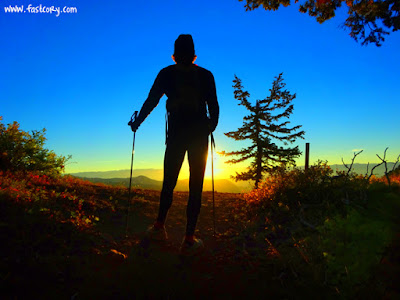 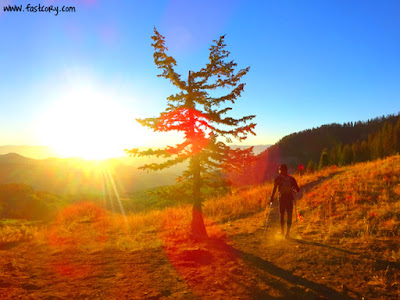 Jared is an amazing downhill runner. He can effortlessly fly past me on the downhills...even when he's got 70-80 miles on his legs. I was thankful for the uphills when I could catch up with him. (The course is essentially straight up or straight down the entire time. There are hardly any stretches in between those two extremes.) 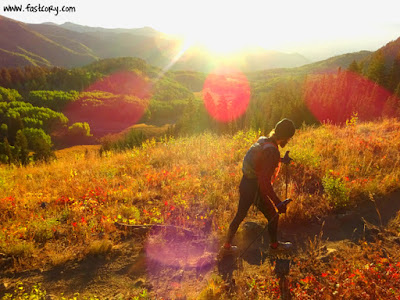 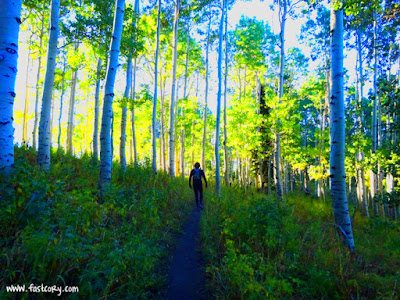 He went through some really strong sections, and then hit some really rough patches. That's normal during any 100 mile race. Those rough patches are inevitable. He did a good job of continuing to push forward even during those tough times. 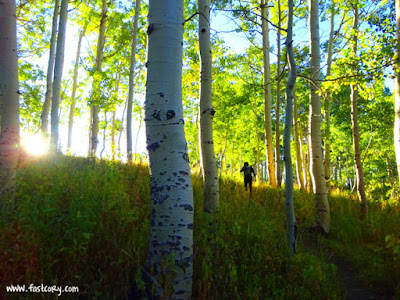 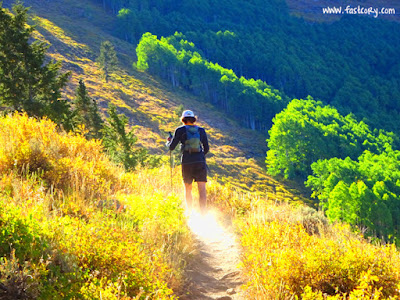 On a side note.....these aspens......holy cow! Just so, so, incredibly, seriously beautiful! This area surrounded by aspens was my favorite part of the course. 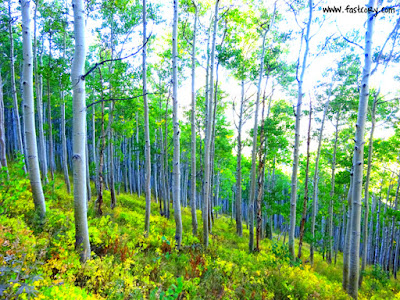 We got to an aid station and the worker said "You guys really need to hurry. Generally in order to make the cutoffs later in the race, you need to be out of this aid station by 7:54am and it's 8:13am right now." Unfortunately Jared was in a pretty heavy bonk that he was struggling to get out of. He was eating, drinking, and doing all the right things, but couldn't get his pace up where he wanted it. But again...he didn't stop. He kept moving forward. 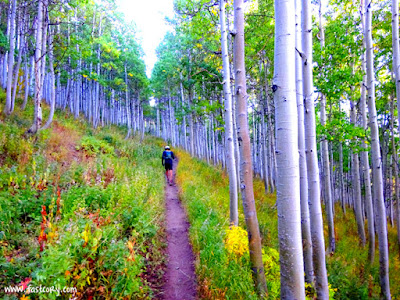 I don't know what mile we were at when Jared realized that he wouldn't make the 5:00pm cutoff for the race. He said "Even though I won't make it before the cutoff, I'm going to keep going. If I can make the cutoff at the mile 89 aid station, I'll keep going and finish, even if it's after the cutoff." I thought this was so admirable. 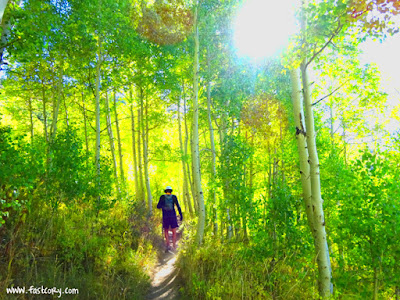 I came across this heart rock while we were out on the trail. I took a picture, then set it on the trail facing oncoming runners. I figured the runners behind us would need a little love, and I hoped that if they saw the rock, they would smile. 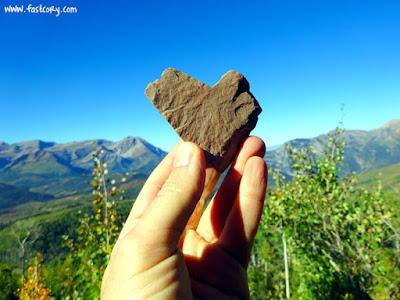 Unfortunately Jared didn't make the cutoff for the aid station at mile 89 and his race was over. I'm sure he felt a bit sad that the race didn't turn out the way he hoped, but he seemed at peace and comfortable knowing he didn't quit and gave everything he had.

I suppose that's kind of like life. Sometimes things just don't turn out the way you hope they will. Sometimes the best you can do is to smile and keep moving forward. There's something to say for that. 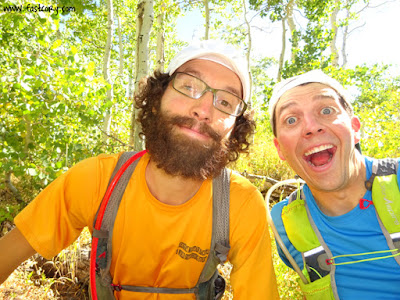