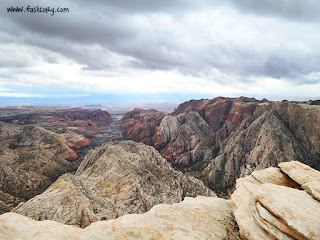 I'm going to be straight up honest with you. I considered the possibility that I was being set up to be murdered. Leading up to this adventure, these two guys were saying things like "The trail is around 30 miles. It's in the middle of nowhere. I'm not sure someone has done this exact route before. We probably won't see another person the whole time."

After I made sure my life insurance policy was up to date, I agreed to join in on the fun. The two guys I mentioned were Matt Anderson with Ultra Adventures and Derrick Lytle. I knew both of them beforehand and I was at least 84% sure they weren't involved in cult torture killing.

So my alarm goes off at 3:30am. We meet and start our day going up Red Mountain. I had never been on this "trail" before but quickly had the air knocked out of me on the half mile / 1,000 foot climb. Derrick is a renowned and downright amazing photographer. (Go follow him on Instagram @derricklytle to see some incredible pictures.) He caught this shot as I neared the top of the climb: 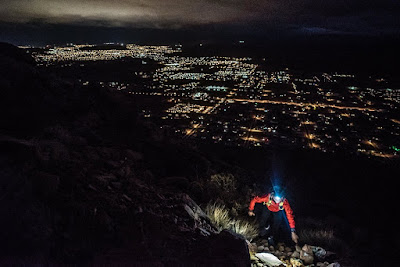 It took a while before we started seeing slivers of daylight, but when it started to lighten up we knew we were in for a good day. As a photographer, the worst thing is a plain blue sky. Clouds help give personality and contrast. The weather on this day would have plenty of personality. 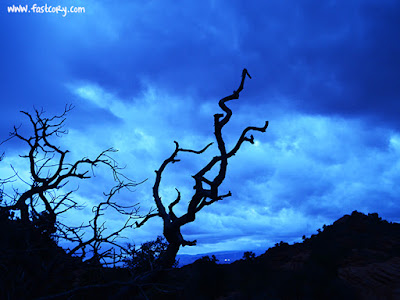 We spent a lot of time bushwhacking across the landscape. There were no trails to speak of, but Matt and Derrick had maps on their phones to make sure we were at least heading the right direction. I loved when we hit these cool pockets of water left over from the last rainstorm. 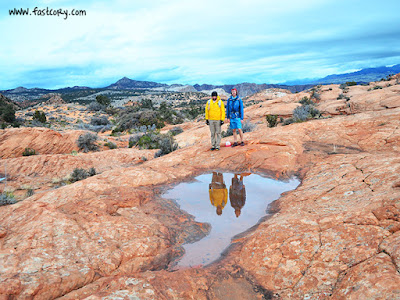 We reached this area overlooking Snow Canyon that was so remote and isolated and absolutely, spectacularly beautiful. I caught this picture of Derrick doing what we were all doing - standing there soaking in the amazing scenery all around us. 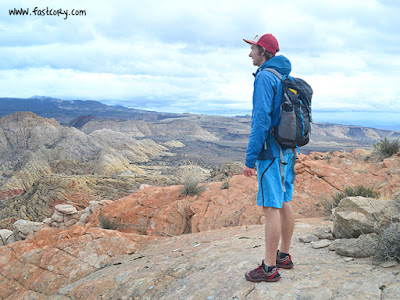 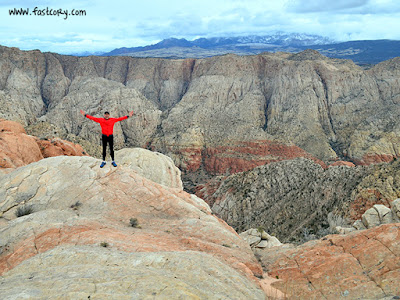 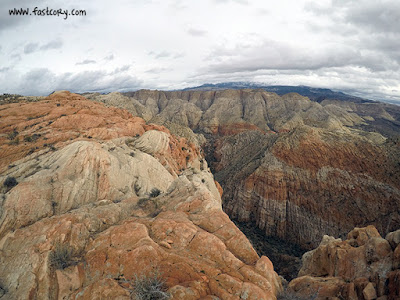 From there we had a bit of scrambling up some slick rock. On my To Do list I want to catch a picture of someone running across the top of a ridge like this. 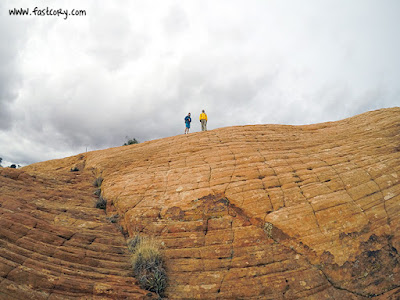 After a few miles we reached the more well-known view of Snow Canyon from the Red Mountain Trail. This view is one of the coolest in southern Utah. 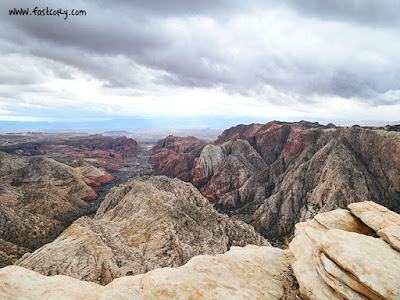 Later the weather began to turn. It got a bit more cold and windy and there was a storm on the horizon. 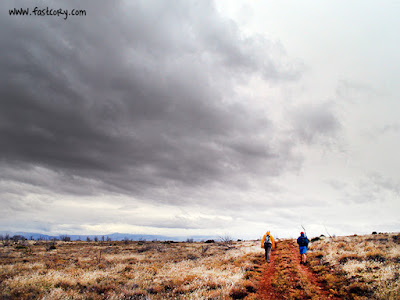 We saw dozens of amazing blue birds fly right past us. Their color was so bright. I wish I had been quicker with my camera. I did catch this one as they flew from one tree to another in the distance. 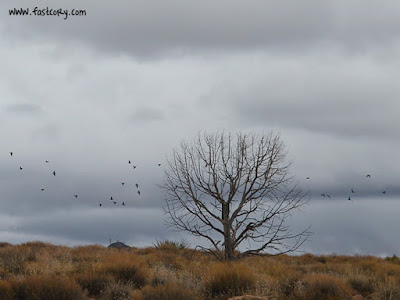 We got a little lost at one point going across the Red Cliffs Desert Reserve and even got so desperate as to break out an actual map. (In actuality, these guys had apps with maps and a route, and a hard copy map. I still have no idea where we actually were.) 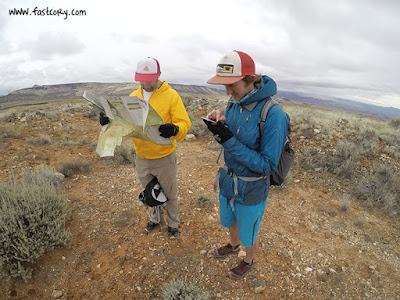 We were planning on about 30 miles. But at the 30 mile mark we were nowhere near where we were expecting to finish. 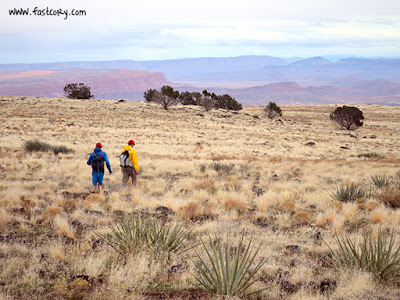 It was getting dark and a fierce rain storm was rolling in. Matt and I both bailed at that point getting in 33 miles. Derrick was a beast and kept going alone in the dark downpour finishing with around 43 miles.

I had a blast checking out new trails and being surrounded by jaw-dropping views. This certainly won't be the last time I join these guys for an adventure. 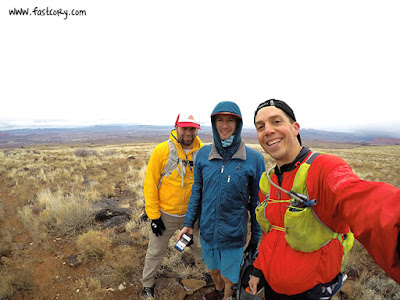