Happy Holidays from the Reese Family!

Merry Christmas and happy holidays from our house to yours! For our family, 2021 has been like eating a dozen donuts: really awesome, but also super challenging, and something you absolutely never want to do ever again. Here’s a brief rundown:

Kylee
Ky is finishing her senior year at Hurricane High School, and is in the process of applying to Dixie Tech for their Digital Media Design program. I am constantly stunned by her artistic abilities. In her graphic design classes, she makes the most incredible album covers, logos, prints on clothing, images, and posters. She is also an amazing painter and chef. Over the course of the year, she became an invested fan of the Real Salt Lake soccer team and went to many games. Kylee had an incredibly difficult year. In January, she was in a traumatic sledding accident where she broke her knee, shattered her ankle, and tore the ligaments in her knee. After almost one year, three major surgeries, and countless physical therapy, her knee has only gotten worse. She has constant pain and swelling. We took her to get a second opinion at Primary Children’s Hospital, and the doctor confirmed that it hasn’t healed right, and he will need to “start over” with a completely new knee reconstruction. It was a devastating diagnosis, and lots of tears were shed by the whole family. But we are hopeful that her new doctor will be able to get her back on track. She just had her fourth surgery with the new doctor on December 9th, and is beginning recovery. A friend set up a GoFundMe to help with college expenses since she hasn’t been able to work and save college money for the past year. If you’re interested, that website is https://gofund.me/bcb34df9

Danica
This past year, Dani graduated from high school and went on a senior trip to Disneyland. She said their motel was so sketchy that she shared a bed with a sewer roach. I chose to not ask any more questions. She went to State as part of the high school swim team, and made the 2021 Women’s Allstate Water Polo Team. I’m certain that somewhere underneath her hair, she has a pair of gills. Dani started her first year at Dixie State University. When I look at some of the science and math stuff she is working on, it looks like pure gibberish. She went to lots of RSL soccer games and has fallen head over heels in love with their goalie, David Ochoa. She went on a college service trip to Best Friends Animal Sanctuary which, she reports, solidified how much she loves dogs, and how much she hates cats. This year, Dani got diagnosed with Celiac Disease and is no longer able to eat wheat or gluten. Understandably, this has caused a gigantic shift in her lifestyle. She says the hardest part was having to unfollow Crumbl Cookies from social media because their videos brought too much pain. When she’s not at school or water polo, Dani works as a CNA at a local skilled nursing facility, including spending time working in their COVID unit.

Jackson
Jackson is in his second year of classes at Southern Utah University. He is working toward a degree in chemistry, and is trying to do everything he can to be in a good position to apply for medical school. His girlfriend is named Organic Chemistry, and they spend ALL their time together. I think this organic chemistry class has taken three years off his life. The fact that people find this stuff enjoyable is unfathomable to me. He uses his expertise and education by working part time in the SUU Water Lab. They do water testing for all of southern Utah, including local national parks. Prior to working at the water lab, he worked for a community support program where he coordinated activities and job opportunities for teenagers with disabilities. He loved the job…though he came home on more than one occasion with deep indentations in his arm from being bit by one of his kids. He is the treasurer for the SUU Pickle Ball Club. He thinks that this sounds nerdy, but I’m confident that this makes him a certifiable babe magnet. In super exciting news, Jackson has recorded a solo piano album which will be released in 2022! I have listened to the whole album and it is mind blowing. When it comes to playing the piano, his talent is off the charts.

Melanie
Mel has managed to continue her 43 year streak of being seriously awesome. She continues to work as a nurse practitioner for Intermountain Healthcare. She provides care at a few skilled nursing facilities, and, like Dani, has had her share of time working with COVID patients over the past year. She truly loves her job and the people she works with. Her favorite hobbies are doing puzzles, and cooking. She has really stepped up her cooking game over the past year. Our family joke is that Mel’s most common phrase after she makes a meal is “I could sell that.” And you know what? She’s right! Minestrone soup. Pasta primavera. Potato salad. Stir fry. You name it….she could sell it. In October, Mel had a work conference in Asheville, North Carolina. I went along because her training went until noon each day, then she had the rest of the day to explore. We took a tour of “America’s largest home,” the Biltmore Estate. We also spent a lot of time sight-seeing on the Blue Ridge Parkway, and did some incredible hikes. We loved checking out the River Arts District, and trying to eat our weight in Mexican food. Mel has become quite the bird enthusiast, and had a blast visiting the Bear River Bird Reserve to see countless great blue herons. Our favorite Sunday morning tradition is to walk to a wildlife pond 5.5 miles away to feed the ducks, look at the herons and egrets, then walk back home with a stop at a coffee shop conveniently located on our route.

Cory
In June, I released my third book, Stronger Than the Dark: Exploring the Intimate Relationship Between Running and Depression. I was honored to have it listed as one of the 20 Best Books of 2021 by Men’s Journal. I decided to retire from writing for UltraRunning Magazine. After being a monthly columnist for the past six years, this month’s column is my last. I have loved working with the amazing people at the magazine. This year, I ran the Hennepin Hundred, and the St. George Sizzler, a solo 100 miler I did in July. After working for the University of Utah Dialysis Program for almost 17 years, our program was bought out by DaVita Dialysis, one of the largest dialysis companies in the world. So I am now officially a social worker for DaVita Dialysis. My other big news for the year is opening my own private practice for mental health services called Bright Way. www.brightwaytherapy.com Earlier this year, Mel and I took a brief trip to San Antonio. We loved exploring the River Walk, going to the Alamo, and eating our weight in Mexican food. (Are you sensing a theme in our lives?) Last month, I checked a big item off my bucket list when I met one of my favorite authors, David Sedaris.

As a family, we went to see OneRepublic in Las Vegas. Even though we’re some of the last people in the country who have discovered the magic of the TV show Ted Lasso, we’re now on board with the rest of you fans. And have you seen the one-man Broadway show on Hulu called In & Of Itself? It’s one of the most moving, powerful things we saw all year. Please. Go watch it. It’s a family favorite as well.

Our poodle, Jack, and our Great Dane, Little Debbie, have somehow managed to remain among the living. They are old. But they still find so much joy going on walks, and stealing cookies off the counter. Honestly, their favorite thing in life is to be petted by Mel when she is going to the bathroom. As soon as they hear the sound of a toilet seat, they go running like Pavlov’s dogs to get some affection. We’re not sure how much longer Jack will be around. We don’t want to be unprepared for burial after his passing. So we have a large, empty box sitting in the garage ready for when he passes away and we need to have Jack In The Box. (Sorry, too far?)

So here we are on the brink of 2022. The New Year stands before us like the chapter of a book waiting to be written. I love the idea of a blank page. A fresh start. I hope the next chapter of your book includes overwhelming heaps of adventure, hope, love, and happiness. Oh, and donuts. Lots of donuts. 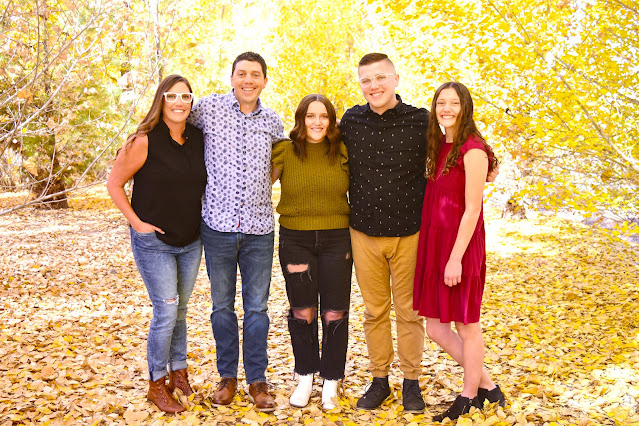