Monday, January 11th 2010: 5 miles @ 10:30/mile pace. My body didn't feel so swell during this run. Lately my focus has been on getting some running done instead of pace. Curse my knees.

Wednesday, January 13th 2010: 9 miles @ 10:38/mile pace. I wanted to get in one semi-long run before the Painters Half Marathon next week. The run actually went okay, except for one slight problem.....I ate at Arby's about an hour before running. 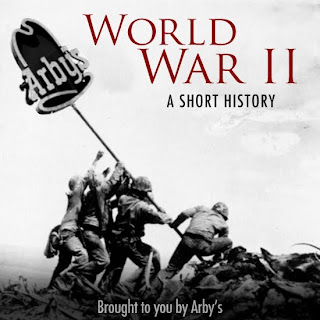 I'll be the first to admit - this was arguably the finest meal that has ever entered my esophagus. Oh, sweet glory. The roast beef sandwich. The scrumptious curly fries. The heavenly mint shake. It was bliss.

Until I had the pleasure of running 9 miles with a gut-load of trans-fat. The strain to keep roast beef from hurling back onto the sidewalk was a challenge. 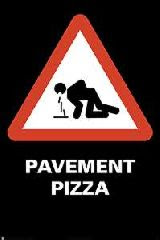 Thursday, January 14th 2010: I had an appointment with my sports medicine doctor, Dr. Millward to get my quad checked out. I figured two and a half months of pain was enough to warrant a chat with the MD. He was relatively sure that I'd survive, and said it's likely micro-tears in the muscle. He also confirmed that my knee issues were related to the IT bands.

The IT band is a band of tissue that goes from the hip down to the bottom of the knee. With repeated motions (like running), it can get tight or inflamed and cause pain on the outside of the knees. Iliotibial band syndrome (ITBS) is pretty common with runners. Grrr.

Saturday, January 16th 2010: 6.4 miles @ 12:25/mile pace. I took Mel on the Desert Reserve trail which was fun. She decided that she is going to do the Painters Half Marathon next week also. We registered months ago, but she started having foot problems and thought she would be out of the race.

I promised her months ago that I would run it with her, so we'll keep with that plan. I'm guessing we'll do the run/walk method to make sure she doesn't re-aggravate her foot issues.