Monday, February 1st 2010: 5 miles @ 10:34/mile pace. There are certain things that convince me I am crazy. Exhibit A: Running 5 miles before work when it is so cold and dark outside. There are lots of other people who do this. And they are crazy too.

Tuesday, February 2nd 2010: Not a thing. I planned to do my long run on Wednesday so I took Tuesday off. 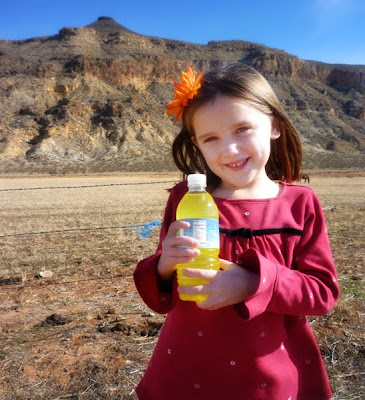 The first ten miles (10 MILES!) were golden. I felt incredible. I experimented with stretching my quads and knees every ten minutes which kept the IT band issues at bay. I was averaging around a 9:40 pace. I felt SO good.

But then something bad happened. I'm not sure exactly what, but my left knee felt like it had ripped. I jogged intermittently for the next few miles, but ended up walking the last few miles home. The last 4 miles averaged around 15 minutes/mile. I tried to jog a few times over the last few miles, but the pain was enough to make me sick to my stomach.

I consulted with Dr. Google and I think it could be "Patellar Tendonitis". Worst case scenario would be a meniscus tear. I'm kind of concerned with how often I'm being visited by injuries lately. I'm not sure what I need to be doing differently. I DON'T want to be on a first-name-basis with the sports medicine doctor. I am nervous to go to the doctor because I don't want him to suggest this treatment plan: 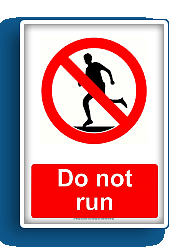 I think I'm going to need to adjust my training plans for the Ogden Marathon coming up in 14 weeks. Instead of having a goal time to finish the marathon, I believe I need to change my goal to "Get To The Starting Line Healthy".

I read a quote in Lore Of Running today that seemed to click:
"The single most important reason most runners are prone to overtraining is, I believe, that we lack the ability to make an objective assessment of our ultimate performance capabilities. We simply will not accept that we are mortal and that we have a built-in performance range beyond which training and other interventions cannot take us. We believe that the harder we train, the faster we will run, and we ignore the evidence that indicates that this is blatantly untrue. Thus, we train harder and run worse. And then, in the ultimate act of stupidity, we interpret our poor races as an indication that we have undertrained. Consequently, we go out and train even harder." And later, "Many runners would prefer to fail gloriously than to feel that they will stand on the starting line less than fully prepared."

Saturday, February 6th 2010: 75 minutes on exercise bike. While on the bike I watched the Jazz beat the Nuggets. Jazz games are a good source of adrenaline.

So in conclusion: 1) Reassess and revise training plan. 2) Be realistic. 3) Avoid injury like the plague.

The first ten miles of my long run felt so amazing, and the last four felt so excrutiating. So I think I'll say I went on a ten mile run followed by a four mile cool down.
Posted by Cory Reese at 8:12 PM