Monday, October 18th 2010: 5 miles @ 9:40 minutes per mile pace. A late night of running after a long day at work. Life was stressful this week and running gave me some good therapy sessions.

Friday, October 22nd 2010: 15 miles @ 10:51 minutes per mile pace. Due to work schedule changes I did my long run Friday morning. I got home from work late Thursday night and didn't have time to drop water bottles along the route so I decided to just run a one mile loop that goes around the block.

You read that right amigo. I ran around the block for 15 miles. 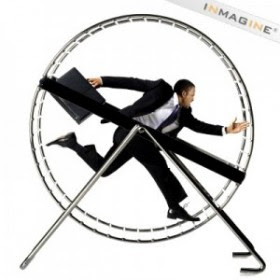 Actually, this wasn't so bad. In a way, it was less taxing mentally to know I was always close to home. I took advantage of this once to stop at home and change my shirt which had become drenched from the rain.

I downloaded talks from the recent LDS church conference and listened to them for the 15 miles and having something to think about other than pain made the miles pass by pretty quickly.

Apparently I was so zoned out that I wasn't paying attention to what I was doing. I had a butterscotch disc in my mouth that I was sucking on and suddenly I swallowed it. I had a brief moment of panic as it lodged in my throat. I was horrified that I would die there on the sidewalk at 5:00 in the morning and the cause of death would be a butterscotch candy. Thankfully it finally worked its way down my throat. (Um, ouch.) 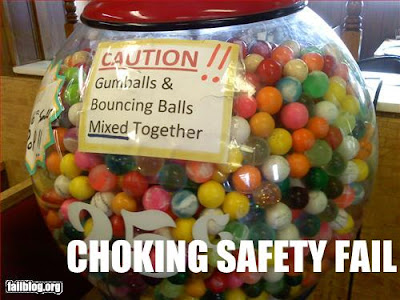 Later in the day I went to the elementary school to help with an activity where the kids ran one mile. I had a BLAST encouraging them and cheering them on. This was the most fun I've had in quite a while.

Saturday, October 23rd 2010: 4 miles @ 9:12 minutes per mile pace. I hadn't really planned to run, but after eating two Big Mac combos in two days (every ounce of will-power evaporated), I knew I needed to get my legs moving.

I felt pretty good and decided to push my pace, ending at 9:12 per mile. But by the time I got home I was wiped out. I felt like I had pushed so hard and couldn't have gone one more mile that fast. What's slightly discouraging is knowing that to run a 4 hour marathon I would need to average around 9:11 per mile FOR 26.2 MILES!!! I think I'd be more likely to give birth to quadruplets than run this fast for 26 miles. Who knows. Maybe if I cut back on the Big Macs and Hostess it could be a possibility.

"They say you can't run away from your troubles. I say you can."
~ John Bingham, 'The Courage To Start'
Posted by Cory Reese at 1:25 PM