To stand at the starting line of a marathon is a spectacular thing to behold. I love the feeling of anxious excitement. The air is filled with nervous energy. Everyone is wondering “Should I line up with the crowd, or wait another 20 minutes in the Port-O-Potty line?” And then the gun goes off! Everyone yells with excitement! And then you stand there for another ten minutes waiting like cattle for the rest of the herd to start moving forward.

The incredible thing about the marathon is that it isn't a race. It is an event. According to the National Institute For Fake Statistics, only 3.8 % of people actually “race” in a marathon. I am certainly with the 96.2 % of people who just show up for a good time.

You may ask yourself how running for 26.2 miles qualifies as a “good time”. I will answer that question for you: I have no idea. For most people, their idea of a good time doesn’t include:
But for some people, this really is their idea of a good time. And it’s those people who fascinate me. I have learned that you absolutely can not judge running ability based on appearance. Because as soon as you start to get arrogant about your running ability, you will surely be passed by someone wearing a hamburger costume.

I gained this respect of others after the Park City Marathon. After the race I got trapped by this crazy guy wandering around talking to anyone he could trap. If you were looking to make a movie about the Unibomber, this man would be cast as the lead actor. He had a scraggly black beard, dark sunglasses, and he was a close-talker with smelly breath. He ran in socks and sandals. At first glance, you’d think Mr. Crazy could NEVER run a marathon. And yet he beat me. My wife witnessed the whole exchange and can verify that he looked exactly like this (except Mr. Crazy had a longer beard): 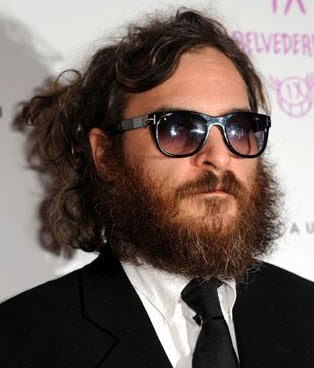 Side note: I saw him wandering around at the finish area of the St. George Marathon. I hurried (as fast as cramped legs can hurry after running 26 miles) in the other direction.

To date, I have never been passed in a marathon by anyone wearing jeans or cowboy boots. Yet. But my fastest marathon time ever is still slower than George W. Bush (3:44), Will Ferrell (3:56) and P. Diddy (4:14). I think Will Ferrell is very funny, but I can’t fathom the fact that my time was slower than his by almost a half hour. A half hour!

This is what I love about running. It is the great equalizer. Everyone is on the same playing field. You just never know what’s going to happen on race day. Unless you were foolish enough to eat Mexican food for dinner the night before the race. Then you do know what’s going to happen. For 96.2 % of us, just crossing the finish line is a personal accomplishment. Nothing can match that sense of accomplishment. And if you can do it wearing socks and sandals, you have my utmost respect.
Posted by Cory Reese at 8:51 PM