My Failed Attempt To Be A Hippie

I was off work on Monday, January 2nd and got in an early 10 miler @ 13:17 per mile that morning. I found an off-shoot of the Jem Trail that I had never run before. The views were beyond words. I got goosebumps. I can't wait to go back here. 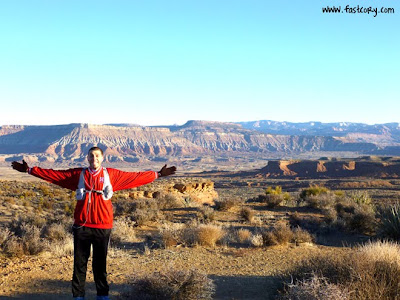 Later in the day I took the offspring to the park. We had a blast playing Monster Tag (I know, I hadn't heard of it before either). I laughed so hard that my stomach hurt and my eyes were watering. We had so much fun. As we were leaving we took a picture together. Correction: we took 3 pictures together. The first time we were all on the ground. But on the third try I got one of my favorite pictures ever: 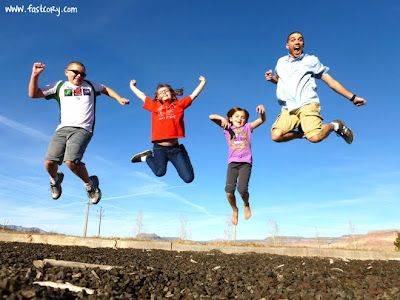 I also shaved after my failed attempt to become a granola-loving, tree-hugging, hippie with a long flowing beard. Don't you know? To become an elite ultra runner, you must have a long beard and long, flowing hair similar to Jesus. (Just kidding. Mostly.) I think I've come to terms with the fact that I'm not meant to have a Burt Reynolds moustache. (Pardon me while I go cry in the corner for a minute.) 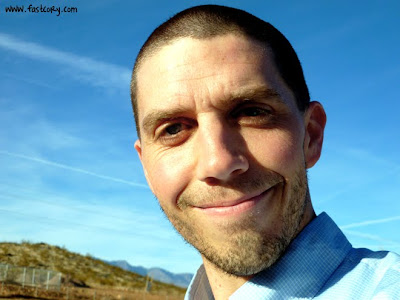 On Wednesday, January 4th I did 12 miles @ 12:37 minutes per mile on the Prospector Trail in the Red Cliffs Desert Reserve. I had never run here before and the scenery was so beautiful. 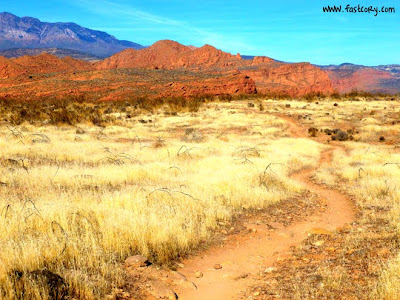 My favorite part was when I turned off Prospector to the Church Rocks Trail. The trail was moderately technical and I climbed a total of 2048 feet during the run. I had a bit of difficulty finding my way on some slick rock sections so I added my contribution to the other trail markers out there. 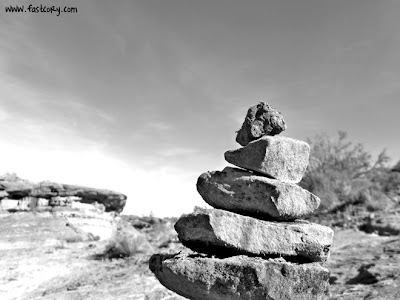 In the month of October I ran 270 miles. I could do a 12 miler in my sleep. But after taking it easy the last few months I have lost some fitness and endurance so now a 12 miler has me crying Uncle. 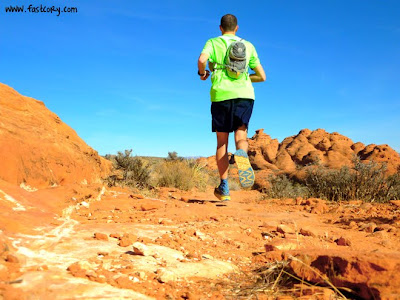 Friday, January 6th I woke up early and ran 3 miles on the road before work. After work Mel took the kids shopping so I figured I'd take advantage of a few free hours to head out again. It was starting to get dark so I packed my headlight and headed back to an area near Sheep's Bridge.

I finished 8 miles and 1050 feet ascent @ 11:59 per mile. I had so much fun. When the sun is setting it really lights up the red rocks. I had to keep stopping to get pictures of the moon. 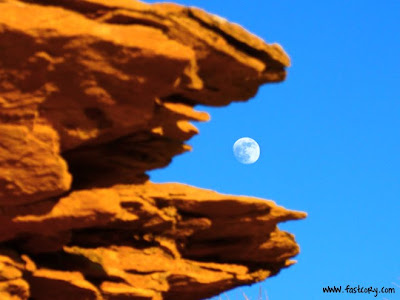 My knees are starting to feel much better, but endurance still leaves a little to be desired. I think I'm moving in the right direction though.

I must admit, even though the sunset was beautiful, I wasn't very excited to have the sun go down. 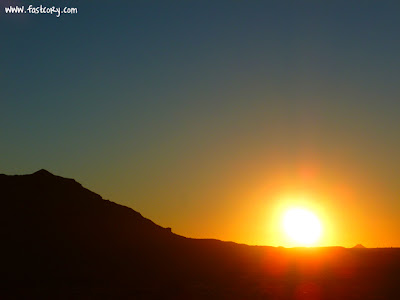 I'm not a huge fan of trail running in the dark with all the twists and turns, rocks, and uneven surfaces. I also get a little creeped out being in the middle of nowhere by myself, worried that I am going to become dinner for a jaguar.

Have you ever gotten lost while running?
I've gotten twisted around on trails a few times but nothing too major.

Anybody else had failed attempts at growing facial hair?
I wish I could grow a fat handlebar 'stache.
Posted by Cory Reese at 6:49 AM