Got Myself In A Risky Situation

In the evening I ran 8 miles @ 11:42 minutes per mile. It was a busy day and I wasn’t able to get out to run until almost 10:00pm. Ouch. That makes for a late night. With the 100 miler coming up, I’m starting to focus on making sure that each training mile has a purpose. The purpose in these miles was to run when I was tired, and do some trail running in the dark.

I'm not a fan of running trails in the dark. I worry about becoming dinner for a mountain lion. During the run I did see two pairs of glowing, beady eyes up ahead. I get a little jumpy when I see something moving in the shadows. Probably just rabbits. 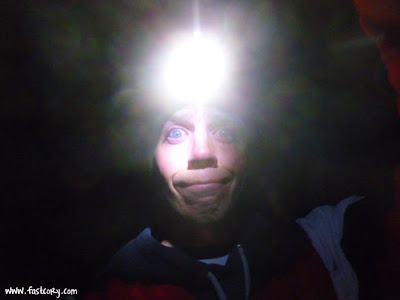 Wednesday, April 4th 2012: 21 miles @ 15:21 minutes per mile. I really need to get some heat training so I wore a long sleeve shirt underneath a long sleeve black biking shirt. Combined with the 80 degree temps, I think that did the trick. On the trail toward Gooseberry Mesa I came across a herd of cows. All of them darted off…..except for one baby calf. 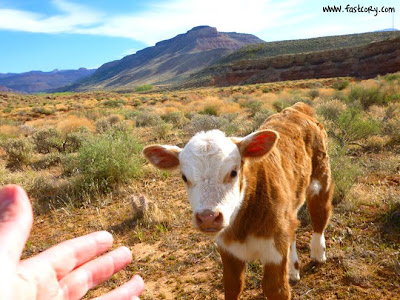 Since I am pretty much The Cow Whisperer, I walked calmly up to him and almost got close enough to pet him. He was a cute little guy. I considered cow-napping him and taking him home to the kids. If you look closely you can see him smiling at me: 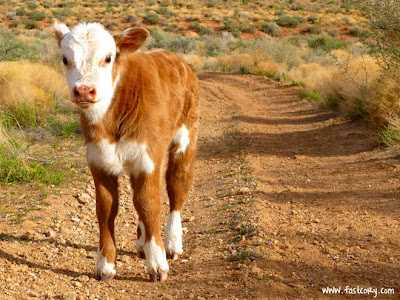 The trail up to the top of Gooseberry Mesa is positively brutal. It climbs more than 1,500 feet in less than a mile. Even on fresh legs, it kicked my butt. We will be reaching this point on race day after having already run 40 miles. Wowzers. 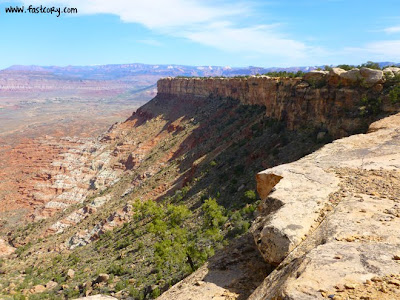 The trails on top are some of the most technical I have ever run. Many miles are on rolling slick rock and the trail is marked by little white dots spray painted on the rocks: 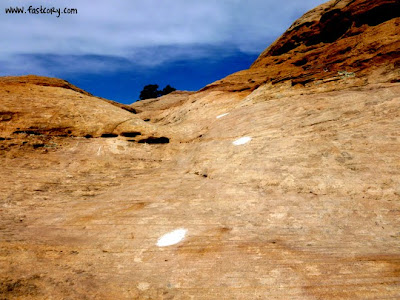 The scenery up here is just spectacular. Pictures don’t even come close to doing justice to the amazing views. That little line across the desert is a highway. 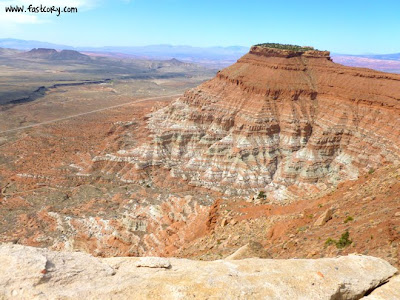 I came across some guys from Germany who were jealous that I lived near “mountain biker’s heaven”. They asked me to take a picture of them, then offered to take one of me. 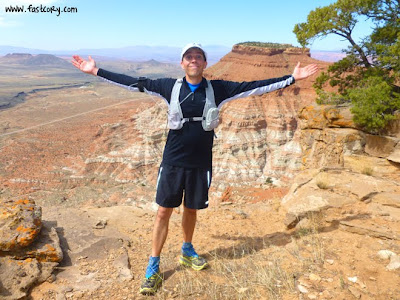 Around mile 11 I realized I might have a problem. It started earlier in the day when I was packing for the run. I noticed a small hole in the bladder of my hydration pack. So instead, I threw two bottles of water into the pack and took two handheld bottles.

At mile 11 I had turned around to head back but was worried that I might be running low on water. I had another 10 miles of heat and hard trails ahead of me. I saw a mountain biker coming up, swallowed my pride, and asked if he had a little water to spare but he didn’t.

An hour later I was starting to feel panicked. It was so hot and I was almost out of water. I saw three more mountain bikers coming up but I just let them pass without asking for water. I really hate asking for help for anything in everyday life, but I also felt like such an idiot for letting myself get into this position. 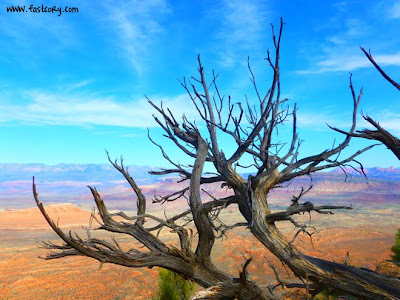 After they passed I heard them stop for a minute. I turned around and went back to them. I said “Do you guys happen to have a little bit of extra water?” I told them I still had an hour or two to go and I was almost out of water. In an instant all three of them had their packs off offering to fill my bottles. They were an answer to my prayers. I would have hugged them. But that might have been a little awkward.

Another 45 minutes later I saw a camper up ahead. My water was almost out again and I prayed that someone would be in the camper to spare some water. I called out but nobody answered. Then I saw a card table in the front of the camper with a box of bottled water. Another prayer answered. I figured they wouldn’t mind sparing a bottle.

It actually took me longer to go down the Gooseberry trail than it took to go up because it is so steep and rocky and I didn’t want to twist an ankle. I was thankful to get back to my car.

In all the hundreds and hundreds of miles I have run alone on trails, this was the first time I have ever felt like I put myself in a bad position. I am normally overly prepared and it’s important to me to be safe. I couldn’t have guessed that a little hole in my hydration pack would lead to this situation. I’m embarrassed that I let this happen and feel truly grateful for the kindness of strangers. I promise I will pay it forward.

“Alex, can I take Stupid Running Decisions for $500?” In the wise words of Susan Donnelly, it was an “unnecessary amount of epic-ness per mile.”

Saturday, April 7th 2012: 21 miles @ 13:08 minutes per mile. I ran the Hurricane Rim / Jem Trail / Gould's Rim loop. There are many miles of the trails which aren't necessarily hard, but hard to run fast. I felt pretty good overall.

I over-dressed with a few long sleeve shirts again to get more heat training. It was around 75 degrees. Note to self: It's difficult to look hard-core when you're wearing tights. 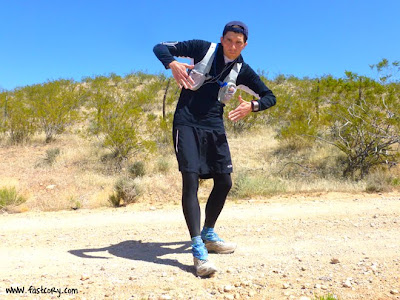 I was happy with how the week went. Even though the 65 miles weren't very fast, most of them were on some pretty tough trails with a total of 9,572 feet of climbing. Goals for the coming week: 1) Don't wake up at 3:50am to run, 2) Don't risk ending up on the news because I didn't pack enough water, and 3) Be generous enough to share at least a little of the pumpkin pie sitting in our fridge with the kids.
Posted by Cory Reese at 7:44 AM