Here is our family Christmas letter for the year. Props to me for not adding any negative comments about Celine Dion. 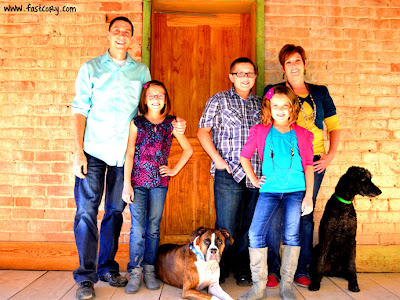 Merry Christmas from the Reese family! We’ve had a great year at our house, except for that time when the dog snuck my last pack of Hostess cupcakes off the counter and ate them. Fortunately for him I learned effective anger management techniques in graduate school to prevent me from yelling obscenities or bursting into hysterical sobbing.

Kylee turned eight this year and got baptized. She is loving third grade with her teacher Mr. Clay (who I believe is regarded as the Brad Pitt of Hurricane Elementary School). Kylee has become an avid reader and artist, and has really progressed this year with piano. She has also been presented with the award of “Least Likely To Throw An Enormous Temper Tantrum During Weekly Chores”. She has started another year of gymnastics with Danica. She is a future president of the Justin Bieber Fan Club. Kylee is a little spark plug of happiness in our family.

Danica is nine and has a blast in her fourth grade class. Her teacher often complements her advanced writing abilities. Dani is also quite the accomplished reader and I’m just waiting for her to tell us that she wants to read War and Peace over the weekend. She has taken off with piano and has gotten very good with sight reading. She joined the school choir this year and is aspiring to be the next Taylor Swift. Because of a heart issue, she gets a painful shot each month but afterward earns a Big Eyed Animal. She has dozens of animals by now and knows each of them by name.

Jackson is eleven and started his first year at intermediate school for sixth grade. He liked intermediate school until his science class did a project measuring bacteria levels at different parts of the school. Pardon me while I try to not throw up. He won second place in regionals for the history fair and earned the Great American Award. One highlight for Jackson was to be chosen as the pianist for the school choir. Admittedly, I get goose bumps when I see him playing the piano for this huge group of singers. He has become a piano guru, playing everything from Billy Joel to Bohemian Rhapsody. He beats me every single time I play him in Wii basketball.

Mel has managed to retain her crown as Most Awesome Wife Ever. She is giving and thoughtful and compassionate. She is still working as a nurse in the Intensive Care Unit at the hospital, but this year has also trained and become part of the team that works with heart patients and neurosurgery patients. She is currently in the midst of training for the Baker’s Dozen Half Marathon coming up in the middle of December. One of her favorite things this year was adopting a black Brillo Pad with legs…..I mean a poodle……named Jack. (Yes, the same animal that ate my Hostess cupcake. Yes, I am still working on forgiveness.)

I continue to work as a social worker for the University of Utah Dialysis Program which I enjoy. I had an article in UltraRunning Magazine earlier in the year and ran five ultramarathons including the Zion 100: 100 miles in 35 hours, and thankfully no throw up or lost toe nails. I am also pleased to report that I ran a half marathon dressed as Nacho Libre. (The first and last time that will happen.) I enjoy posting pictures and writing at www.fastcory.com

In March Mel and I went to the Virgin Islands with some friends who had a condo there. Our activities included lounging on the beach, eating enough coconut ice cream to feed a starving nation, and trying not to die since they drive on the opposite side of the road there.

In April we took the kids on a cruise to Mexico with some of my extended family. Highlights for the kids included riding up and down the glass elevators while jumping, creating animals by folding the hand towels, and eating enough ice cream from the all-you-can-eat machine to feed a starving nation.

In June we had the pleasure of having Chris Praetzel stay at our house for a night. Chris was a few states into his journey of running self-supported from one side of the United States to the other side (he has since arrived on the East coast!). It was cool to spend some time with someone in the midst of doing something so amazing.

A special moment for our children was when Mel and I introduced them to the 80’s television show Alf. Since then we have had a few Alf-watching marathons. I also recollected a few other memorable experiences from the year:

January 6th: Kylee wandered to our room in the middle of the night. I didn’t know this, so while I was sleeping she woke me up whining that Jackson and Dani needed to buy her a new pack of corn nuts because they were eating all her corn nuts without asking. I was dazed and barely awake and muttered “Okay, I’ll talk to them later.” And then drifted off to sleep. A few minutes later she woke me up again complaining about them eating her corn nuts. I told her that I would talk to them later. Then when my alarm went off I woke up and realized that Kylee was sleeping in my bed. And….I realized that all this whining about corn nuts was Kylee talking in her sleep. She didn’t remember a thing about it.

January 23rd: Mel called me on Friday laughing her guts out. That morning Jackson was going through the cupboards and found a bag of ginger chews that I had bought. He asked if he could take one to school. I got a little smile on my face because I know how awful they taste. I told him that I bought them because they are supposed to help your stomach if you get sick while running, but they don’t taste very good. He wanted to take one anyway so I just giggled to myself and said that was fine. So Mel called me after picking up the kids from school and Jackson told me his story. He ate the ginger chew after lunch and said that it made him so sick that he kept having dry heaves during the rest of recess. Too funny.

April 16th: Last Friday Mel called in sick to work. For some reason her eyes were so swollen and red. I was a little more worried than I let on. They looked really, really bad. That night she was joking and said to Jackson “Jackson, I need you to go in your room and get something for me to scratch my eyes with.” He didn’t know she was kidding so he went into his room and looked around. He came back with a hair brush and Mel said that wouldn’t work. So he looked around for another minute and came back with a wrapper from some basketball cards. He explained that if she crunched it up she could scratch her eyes with it. It was really thoughtful how he kept trying to find something that would work for her.

April 27th: This morning Danica put a letter, picture, and a little prize in the shoes of all the family members. I got a fish sticker that she got from school, and her letter was so sweet. It says: “Dear Dad, you are my favorite dad ever! I love you so much! Whenever I think of you I just get tear drops in my eyes. That is how much I love you! You are one fascinating and very awesome dad! From Danica”. Now that is awesome.

Dani kicked my butt (again) in the Wii video game Just Dance. She said that at school for Fun Friday, the grade played Just Dance. After each song, the winner could move on to the next round. Dani said that she never lost, and kept going each time. She said at one point she got bored and took a break for a little bit, but when she came back she started winning again and played the rest of the time. We thought that was pretty funny. That just shows how good she is!

Our family has been so blessed this year. We are thankful for our family, our jobs, our friends and neighbors, and for the birth of the Savior that we celebrate during this season. We could not ask for more. Happy holidays and Merry Christmas! Love, the Reeses 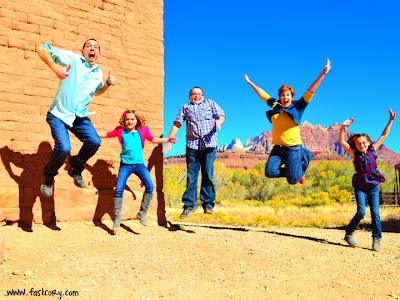