Running A Marathon Through The Middle Of The Night

I am inspired by runners who are constantly pushing the ceiling of what is possible. One of my running heroes is a local Utah guy named Davy Crockett (really).

Davy is no spring chicken. (He is 54, is that officially past the "No Spring Chicken" category?) And yet this guy cranks out 100 milers like a bionic man. (FIFTY FIVE 100 milers to be exact.) And fast! Just for fun, he will run a marathon before work. A few days ago he got off work and ran 62 tough miles through the night. Just amazing.

Guys like Davy prove that anything is possible! We let beliefs about what is possible hold us back from what we're capable of becoming. Maybe we are capable of so much more than we know. I think Davy would say we are. (You can read his blog HERE.) 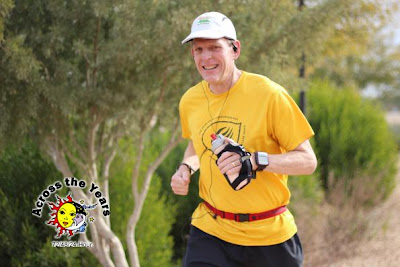 I want to be Davy when I grow up. I thought I'd do something like Davy (=crazy) by running a marathon through the night after I got the kids to bed on Friday night. My wife was at work so I didn't want to be too far from home. I decided I'd run a marathon by doing a 1 mile loop around my house 26.2 times.

I got the kids to bed then put my aid station on the front lawn. These were the snacks at my aid station. (I felt slightly sheepish buying all this junk at the store.) 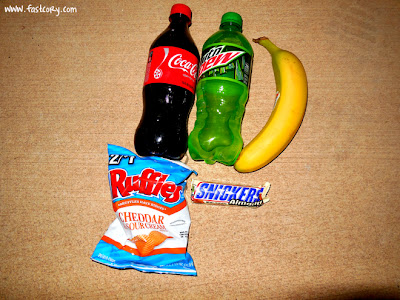 I got started a little later than I hoped, about 10:00pm. It was 89 degrees when I started running. As I was finishing my first mile I saw a person in the middle of the road coming up. Turns out it was my son Jackson. He wanted to come out and cheer me on for a lap before bed. He gave me a hug and said "Good luck dad." He's a good kid. 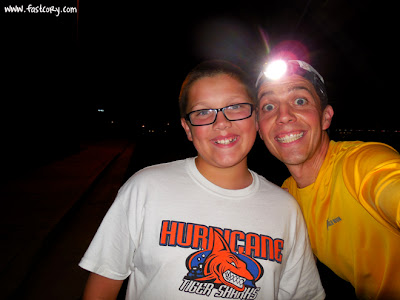 Later my friends Shane and Karrie drove past. They stopped to say hello and ask what I was doing. Then they volunteered to come and join me for six miles! It was great to have their company for a while out on the hamster wheel. 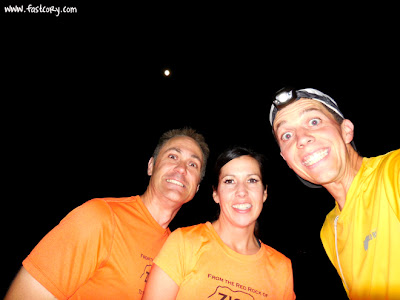 They ran with me until almost midnight and then I finished the rest of the run solo. Except for some, um, cheerleaders (?) during each lap. There was a house with some slightly questionable, slightly intimidating characters out on their driveway hanging out. They were out there when I passed during Ever. Single. Lap. Let me tell you my friends......that was awkward.

I haven't run this far on the road for almost two years. (When I did the St. George Marathon last year I ran almost 22 miles on the dirt shoulder.) After the highly gnarly Corner Canyon 50k last week, these smooth miles on the road were a breeze. I would take trails any day, but the road was nice to let my mind zone out and I could just run.

It is customary during long distance runs to have a few thoughts like "Wait a second. Why am I doing this?" I certainly had a few of those but thankfully they passed quickly. I try to make sure my mind doesn't get stuck in negativity. It wasn't hard this time because I really was having a good time.

Around mile 23 my legs started to try and cramp on me but I just turned my music up louder and told my brain to ignore my whiny legs. I cranked up Mumford & Sons. (I have a man crush on their album Babel.)

A little before 3:30am I rounded the corner of my last lap. I finished the Middle Of The Night Marathon in 5 hours 28 minutes which included a few stops to talk to neighbors, some stops to check on the kids, and a quick stop to change shoes. 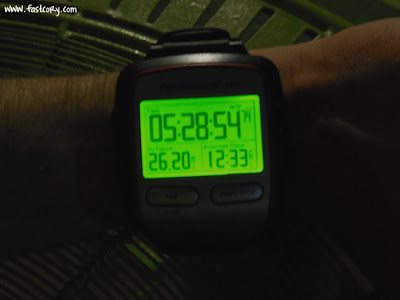 I actually enjoyed the marathon. It was fun to run through the night by the light of the moon. It was nice to not run with a hydration pack. I liked having snacks and drinks available whenever I wanted them. I can see myself doing this again. I figured I better do a celebration jump at the finish line (front lawn). 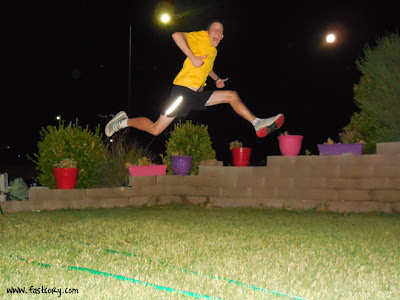 May we all adopt a little bit of Davy Crockett inside us!
Posted by Cory Reese at 7:44 AM