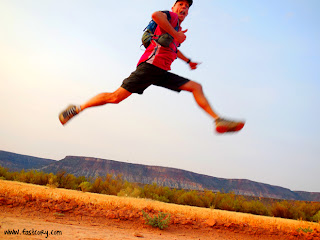 At the moment I'm digging not having any races coming up in the near future. I love the incentive that an upcoming race provides, but right now it's nice having a little break. This week I ran a 3 miler, 4 miler, 8 miler, and 12 miler.

The three miler was a speed workout. The 4 miler was a jaunt around the neighborhood with my lovely wife Mel. 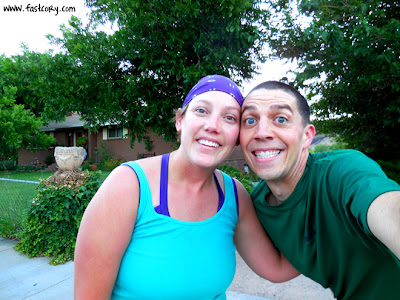 Mel did something crazy. She did something I thought she would never do. She registered for the St. George Marathon! I have run the St. George Marathon with her twice and they were both miserable experiences for her. The first time she stepped in human poo at the starting line....and it just got worse from there. The second time she had knee pain that brought her to tears. This year will be better. I'll bet you glazed donut. I'm excited to run the marathon with her again this year. 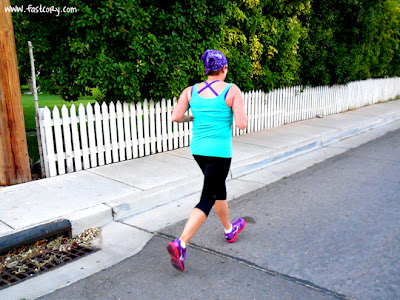 The 8 miler was with Mel also. It was approximately 472 degrees outside. You think I'm joking. Running in this heat was muy loco which is Spanish for "Too hot to be running." 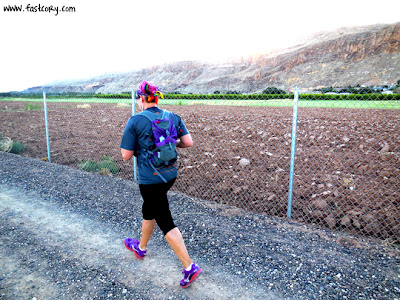 On Saturday morning I ran 12 miles to the top of Molly's Nipple. There was a haze in the sky from a fire that made for a pretty sweet sunrise. 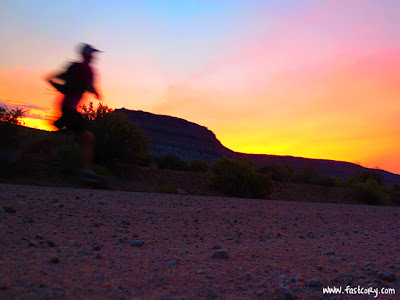 Even before the sun came up it felt like I was running in a sauna. The high temps in our area have been around 113-115 so even in the morning it is sweltering. Still, nowhere I'd rather be. That sunrise.....wow. 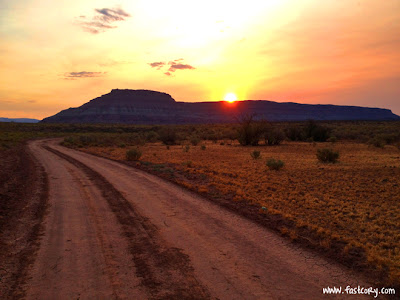 I can't count how many times I've done this run, and I love it every single time. There is a fun mix of runnable dirt road, flat stuff, hills, climbing, technical spots, and a steep climb up to the summit. 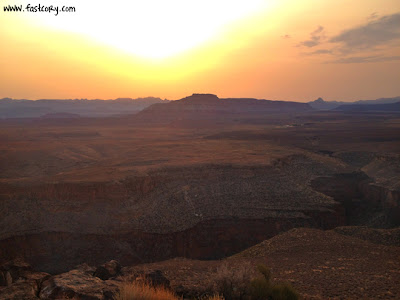 I found evidence that there was a wild animal out there that eats skinny, wiry animals that had absolutely no muscles. That describes me perfectly. I was petrified. 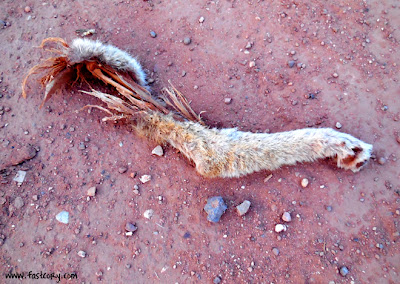 For the first time ever on a trail run - I made me some cold hard cash! In this remote section I came across $1.30 AND a stretch penny from Virginia. BOOM! 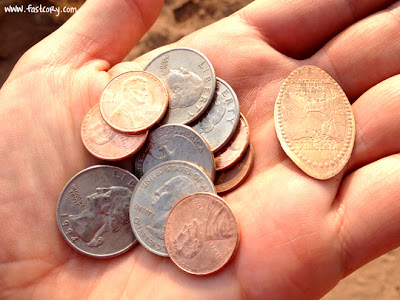 Making some dough calls for a celebratory jump. 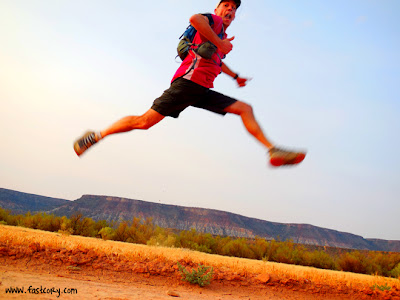 After a final steep scramble you get rewarded with an awesome view that feels like you can see forever. 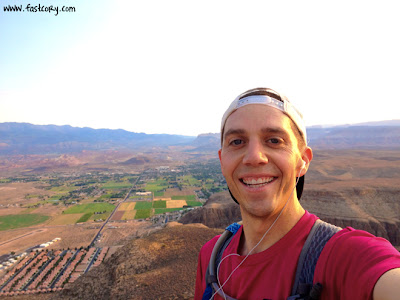 Somewhere out there is my house. 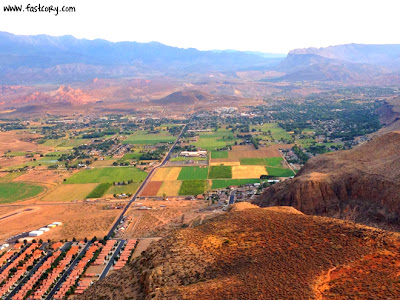 And so it goes. The heat wave continues in our beautiful southern Utah. Plenty more muy loco running. Melt on my friends!
Posted by Cory Reese at 7:58 AM