Well, That Was Really Awkward

This past week featured some seriously stunning scenery, 15,600 feet of climbing over the last eight days if you include Saturday's Mid Mountain Marathon, and one of the stranger experiences I've had while running.

During the first part of the week I was at a work conference near Snowbird, Utah. That was a very difficult work conference because for the entire day I could see the trails of the Rocky Mountains beckoning me from outside the window. Those trails were begging me to come and hang out.

When the conference ended on the first night I ran to my room, did a Superman style quick change of clothing, and drove over to the Red Pines Trail. I've only been here one other time and I was anxious to get back. 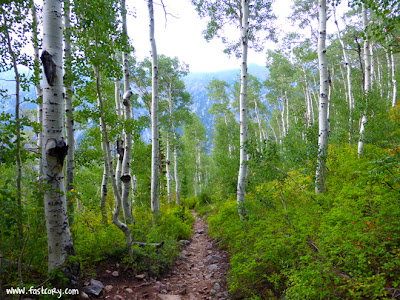 Did you see that 18:48 minute pace for this 6 mile run? Well, let me explain why. First of all, I stopped to take a bunch of pictures. Second, that is a challenging, technical, boulder-hopping trail climbing 3,742 feet. And third, the Rocky Mountains went all Candid Camera on me and removed every ounce of oxygen from the air. I was running at nearly 10,000 feet as opposed to my home of around 4,500 feet. I was wheezing like a walrus with emphysema. 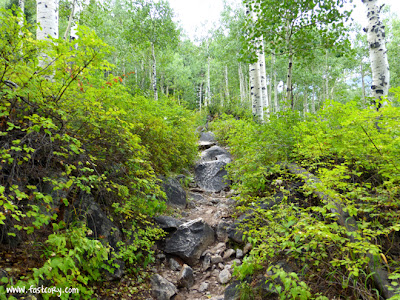 I made it to Red Pines Lake in the crisp evening stillness and spent some time trying to coax air into my lungs enjoying the scenery. 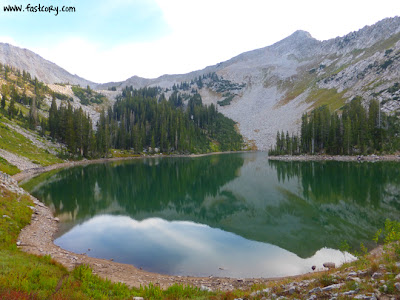 The views up there were just spectacular. If God were a trail runner, this is where he would be getting his miles in. 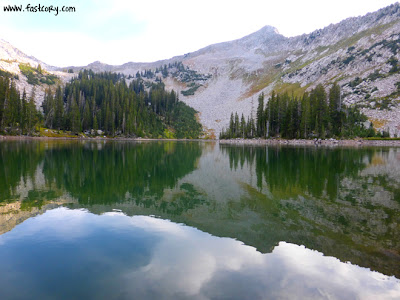 Eventually that emphysema feeling went away and it felt a little less like breathing through a straw. 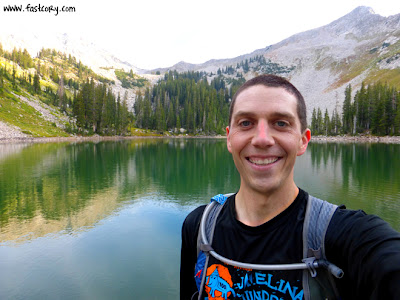 My next task became getting down the mountain as quick as possible before the sun went down. I had my head light but didn't really want to use it on such a technical trail. Here is a little tidbit of completely useless information: on really technical trails, I'm usually slower going down than going up. I'm not in the mood for a sprained ankle. I made it down in the midst of a sweet sunset. 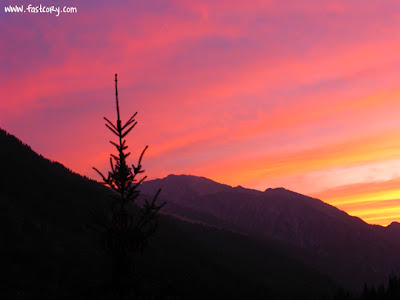 The conference continued the next day also. As with the first day, I did a quick change and headed for the hills in the evening after the conference. This time I went to the White Pines Trail for the first time. 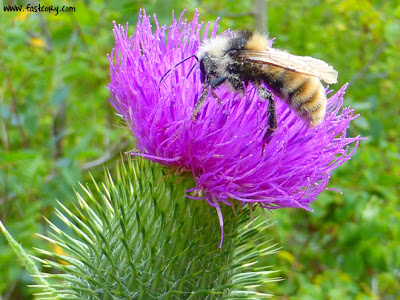 The trail was a little less technical with a little less climbing (I climbed 3,425 feet over nine miles). It was equally beautiful. 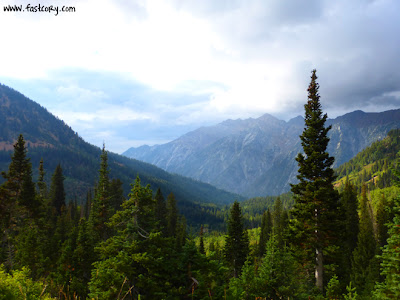 The leaves are already changing up there. Pretty soon that trail is going to be covered with golden leaves. 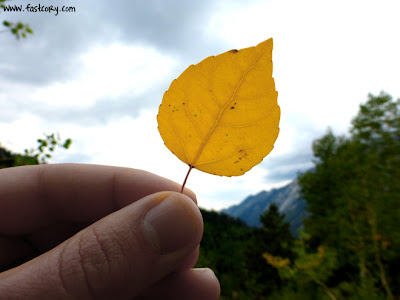 I decided to turn around before getting to White Pines Lake. There was a big storm rolling in that I didn't want to tussle with. I had another ulterior motive. One of the few restaurants at Snowbird, a pizza joint, closed at 8pm. I didn't make it back in time the night before and preferred to not have another dinner of Ramen Cup of Noodles. 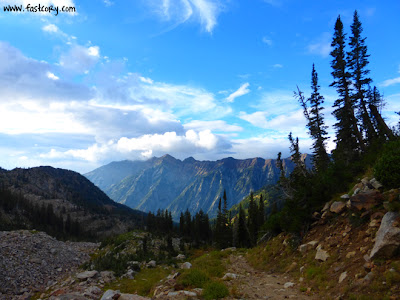 On my way back down the mountain I came over this ridge overlooking the Salt Lake valley being lit up by the setting sun. It was just incredible to watch. I stood there for a few minutes enjoying the view and was so thankful that I turned back early otherwise I would have missed this. 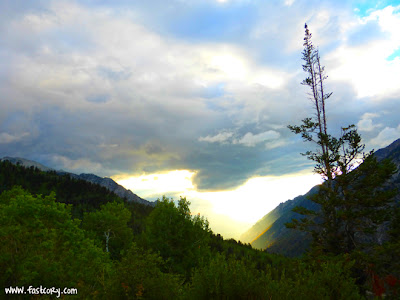 I believe the goosebumps I got were from the amazing views, not the cold air that was making my fingers numb. 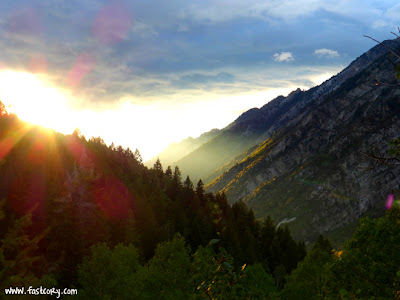 Finally I went speeding down the trail. My brain yelled "Cory - don't miss the pizza again!" I hadn't seen a solitary soul the whole time. Until suddenly I saw someone standing in the middle of the trail down below. Then I got closer and saw it was two people snuggled up very closely making out. They didn't budge as I ran right past them. That......was really awkward. 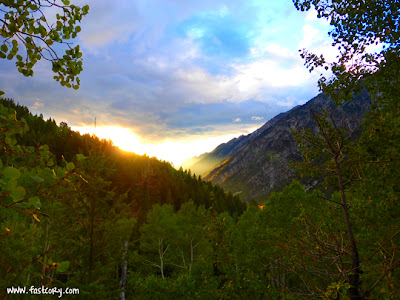 The Happily Ever After ending to the story was that I made it back to the pizza place with 5 minutes to spare! Pizza tasted much better than Ramen noodles.
Posted by Cory Reese at 7:51 AM