Last year on my birthday I set a goal to run a mile for each year of my age. Last year it snowed the night before (I'm allergic to that white stuff) so they were a chilly but amazingly beautiful 35 miles.  I realize that this goal will get progressively more difficult each year. By the time I qualify for the senior discount at Golden Coral this goal will probably go out the window. But I figured I'd go for it again this year.

36 miles or bust. (I'll be honest. I contemplated the other way to celebrate my birthday: sit on the couch all day eating Ben & Jerry's and watching reruns of Judge Judy.)

I decided to go to Warner Valley, one of my all time favorite places to run. It is scenic and remote. And I've convinced myself that it's a place hungry mountain lions would want to hang out. I didn't see another soul for 36 miles. As the landscape slowly became lighter I was treated to one of the most amazing sunrises I've ever seen. 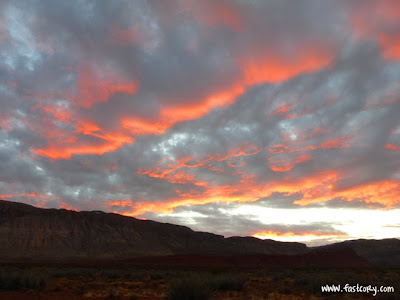 With every passing minute the sky lit up even more. It was like a sunrise on an acid trip. And trust me, I know my acid trips. (Okay. Fine. That last sentence was a blatant lie.......Or was it? Okay, fine. You'd be more likely to believe that I gave birth to an ostrich than to believe that I'm a hard core acid user.) As I took pictures I looked in the camera and they looked fake and overly processed. This is really how the sky was looking. I wouldn't believe it if I hadn't seen it myself. 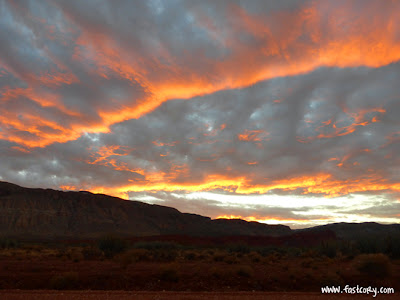 I kept plugging along, and an hour later I experienced the highlight of my run. The sky was overcast but there was a little window without clouds that was letting a ray of light shine through. The moving clouds let that window of light shine on some awesome red cliffs across the valley. I waited for a minute watching that window move across the cliffs until it arrived right at the peak and caught this picture. The sight gave me goosebumps. (Okay, that could have been the freezing wind.) 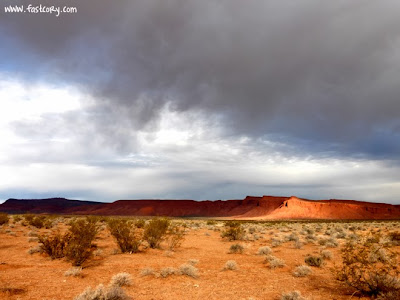 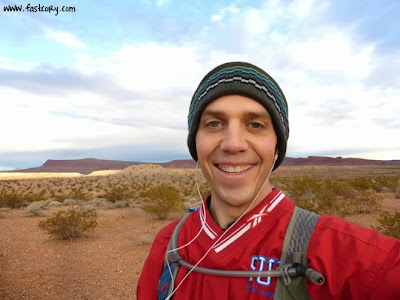 I was out in the middle of absolute nowhere. It was really funny to come across a few herds of cattle and have those cows stare at me with a puzzled look on their face. Kind of like the look you'd have if Richard Simmons walked in your front door and helped himself to a plate of lasagna. I'd image they don't see a human running through their territory too often. 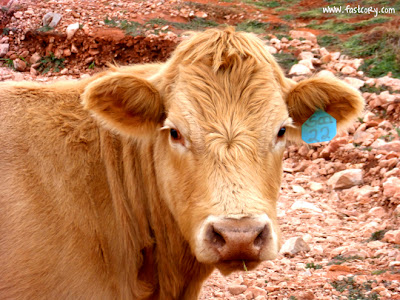 On my return trip I passed by the red cliffs that had earlier been lit up by that window of sunlight. On the return trip that same spot lit up again! 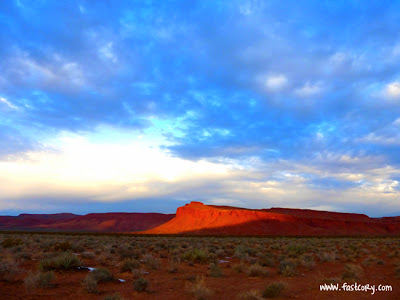 When I'm out in really remote places I've started making little rock towers every time I pass by. It's cool to see my little towers grow. 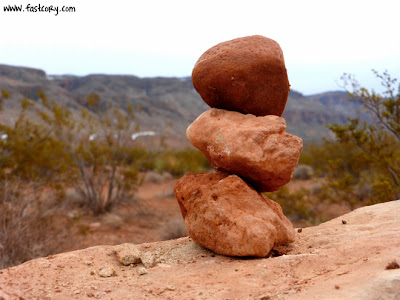 I tried out the new Tailwind Nutrition flavor coming to the market soon - Caffeinated Raspberry. It's delish! It ended up being a perfect day of running. My pace wasn't super speedy but I ended up managing a PR for the farthest I've ever run on my 36th birthday. 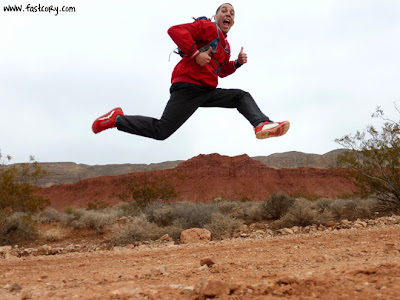 "My doctor told me that jogging could add years to my life. I think he was right. I feel ten years older already." ~ Milton Berle
Posted by Cory Reese at 7:51 AM