When Someone Says A Trail Is "Sketchy"

Many years ago I went to Moab, Utah with my sister-in-law and her husband Matt. They are avid hikers. We were on a new trail and there were some sections that weaved along steep ledges. There were technical, challenging sections. Some sections made us nervous. We came across some hikers coming toward us and asked how the trail was up ahead. They smiled and said "Well, there are some parts that are a bit sketchy."

We soon realized that "a bit sketchy" meant "downright frightening". Being afraid of heights, I found a way around one sketchy section which involved taking off my shoes, wading through water, and creating instant blackmail material had my in-laws taken a picture.

Matt lives close by and we still find our way onto trails sometimes. Last week was one such time. I was anxious to check out a new trail he had found called Nephi's Twist. Matt got a similar grin to the girl in Moab years ago when he mentioned that "there are only a few sketchy parts".

My trail bravery has improved since those Moab days so I figured I could handle sketchy. The first parts of the trail involve no sketchy-ness. This is Matt: 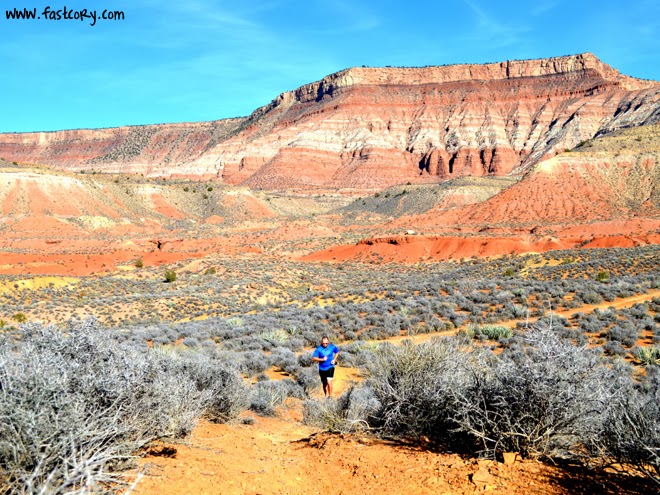 Still not too sketchy: 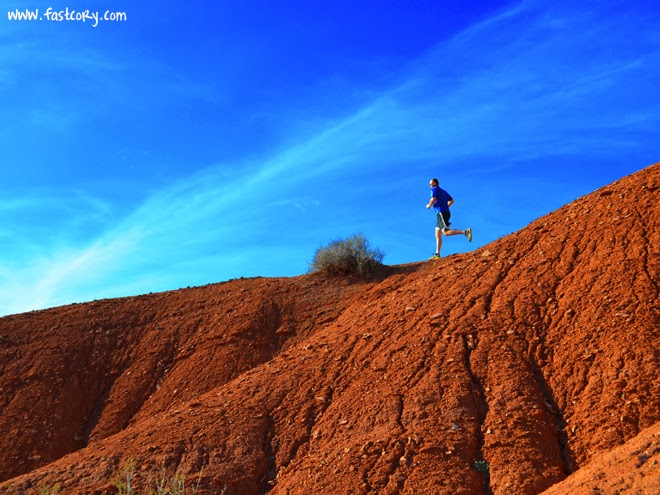 Then some short, steep climbs. 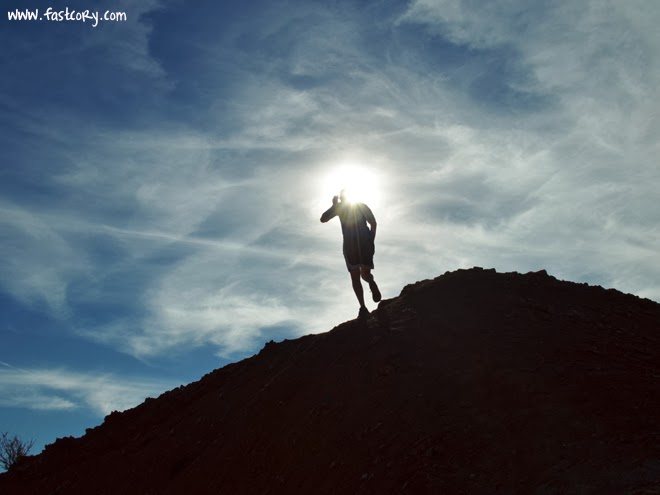 After this we reached an awesome trail right on the spine of a ridge that weaved through the desert. It had a hint of sketchy. Maybe in my younger Moab days this would have been difficult but these days it wasn't too bad. 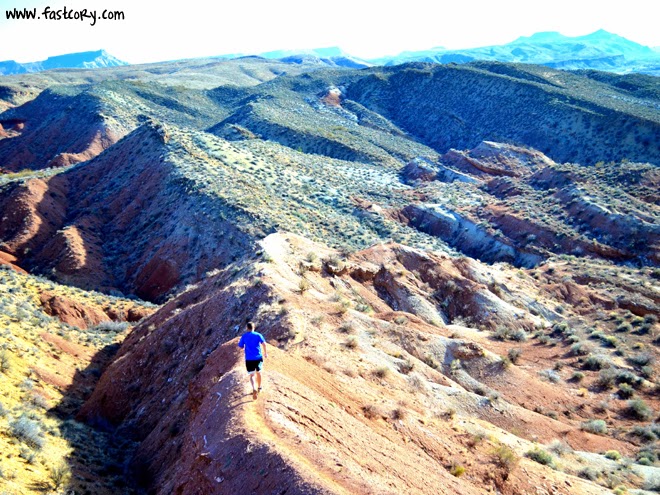 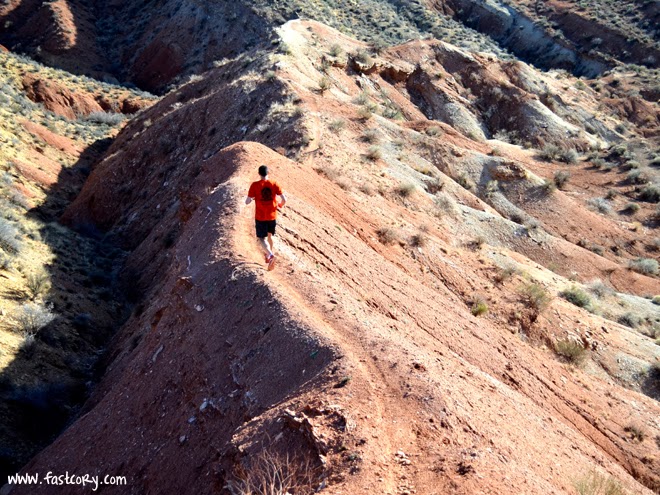 We continued on a series of steep uphills. Then steep downhills. Steep up. Steep down. And an occasional level chunk. 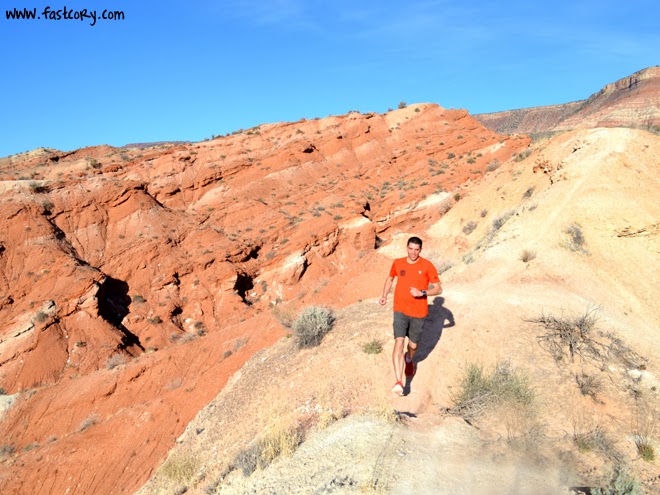 In no time the amount of sketchy steadily increased. 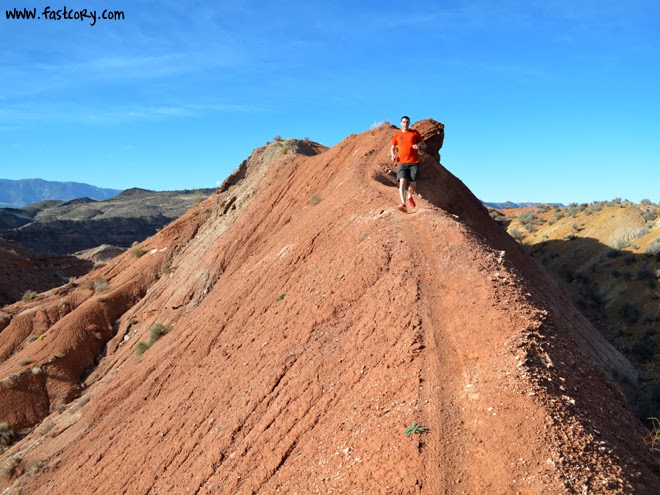 Then mucho sketchy. Steep climbing. It's a good thing I opted to go with the Altra Lone Peak 1.5 shoes before the run. They have the best grip of any of my shoes and I needed every ounce of grip I could get. Matt caught one particular climb. Notice how I'm pretty much VERTICAL going up the trail. 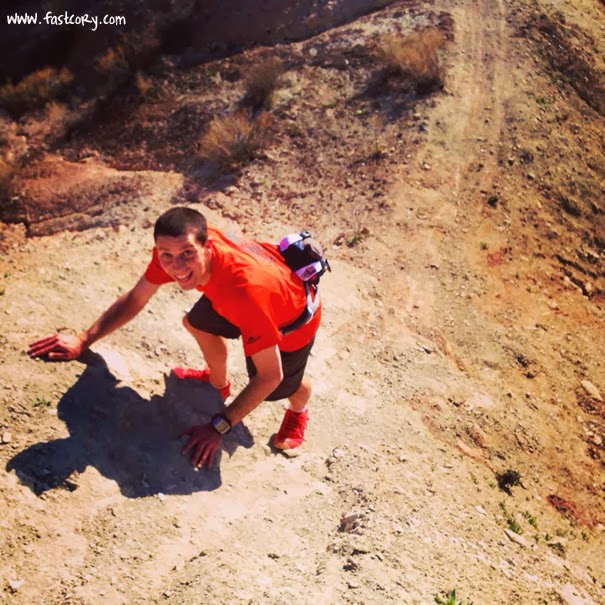 Here is a sample of the uber-sketchy. There wasn't anywhere on the trail where a slip would force you to meet your maker. But a slip would definitely leave a chunk of your chin on the trail and then some flesh as you tumble down a hill. 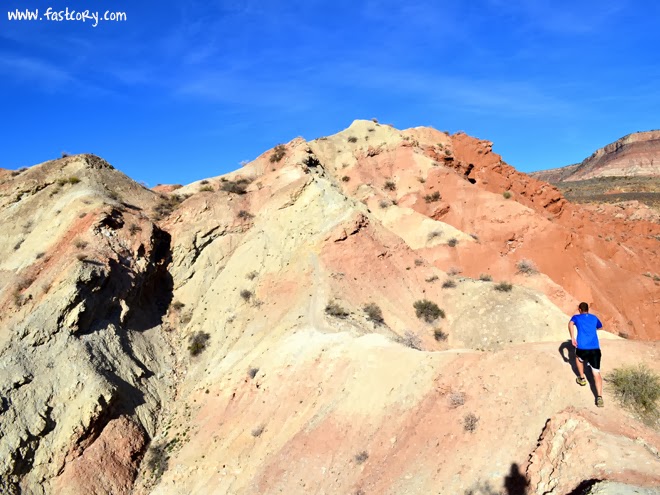 The trail eventually circles around to where it started. I was thankful for the incredible views and the cool pictures we caught. 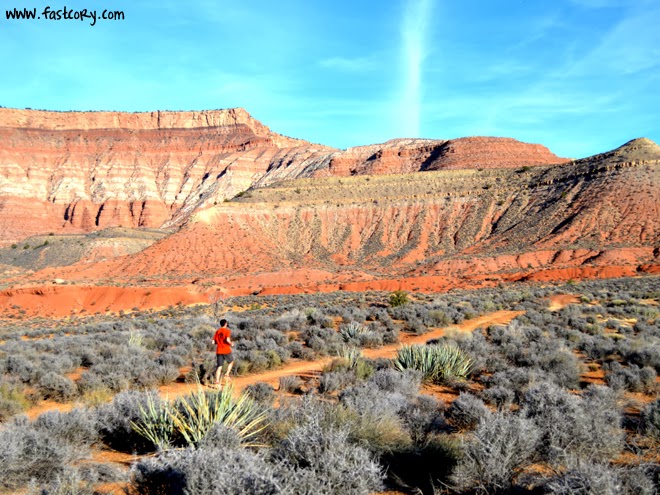 Here is what is ABSOLUTELY, ABSOLUTELY INSANE: hard-core mountain bikers go down this trail! I wouldn't bike this trail if you offered me a million dollars and tickets to a meet-and-greet with MC Hammer. If you dare, watch this GoPro video of some guys going down the trail. It is downright frightening.