The Injury I Worried Would End My Running 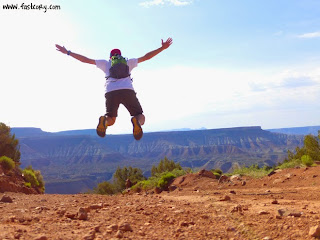 In January I ran 205 miles at the Across The Years 72 hour race. (You can see that report HERE.) I didn't have any significant issues during the run, but in the days after the race my knee didn't feel good.

I didn't worry much about it. It didn't seem serious and I figured that I'd just be patient and give it time to heal. Over the years of running ultras I've learned to listen to my body. If it needs rest then I rest. I gave it lots of time and it still just wasn't right.

I haven't said much about it over the last five months because I don't want to sound like I'm whining but it has been rough. I had sports massages. I hate doctors but even got desperate enough to see a sports medicine doctor. No improvement. And then I saw a physical therapist. And then I even saw an orthopedic doctor. They took x-rays, twisted, and turned my knees around and couldn't find anything major. They said everything was okay. But it didn't feel okay.

So I waited. And waited. And waited. I've never had an injury drag on this long. I truly forgot what it felt like to run which was a little (okay, a lot) scary. I feared that maybe I wouldn't get back to real running ever again. To say that it was discouraging and frustrating would be an understatement.

And then suddenly out of nowhere over the last few weeks my knee has been feeling much better. Dare I say.....normal! Those of you who have had setbacks or injuries know the amazing feeling of getting back to running and actually feeling good.

I felt safe in saying I'm back after a 14 mile run last week to the Toquerville cell towers and Toquerville Falls. 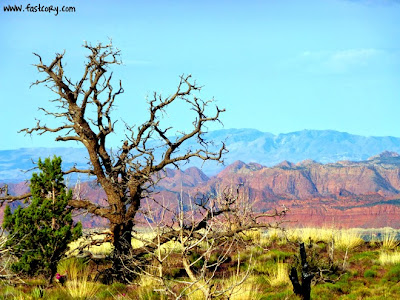 Getting to the top of this beast is less like a run and more like a strong hike. 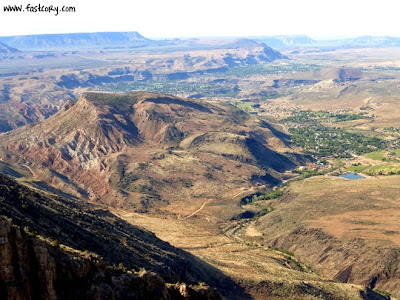 When you zoom the camera you can see the freeway far below. 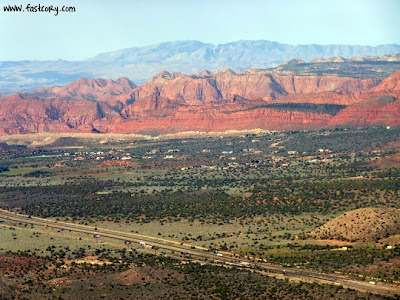 After reaching the towers, most of the route is steep heading down. I'm always cautious on my footing because I would prefer to trip and do a Superman leap through the air before giving a big French kiss to Mother Earth (which HAS happened before). 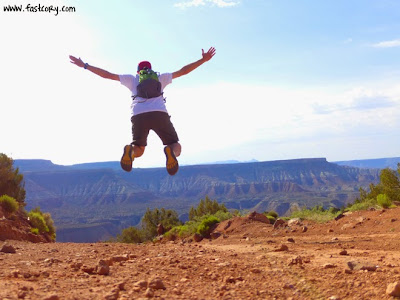 The route leading up to the cell towers isn't very scenic but once you get down a few miles and head to Toquerville Falls the scenery gets better and better. 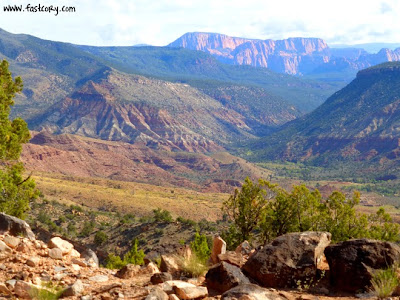 What I love is that as you get closer to the falls, you come around a curve and you can start to hear the flowing water in the distance. And then with a zoomed in camera you see this: 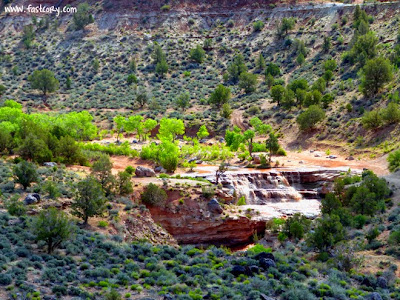 I am always amazed that in the middle of the barren desert there is something so beautiful like this. Thanks so some recent rain storms, on the trails lately I've seen some cool pink and red flowers on the cactus plants but this was the first time in a long time that I've seen yellow flowers. 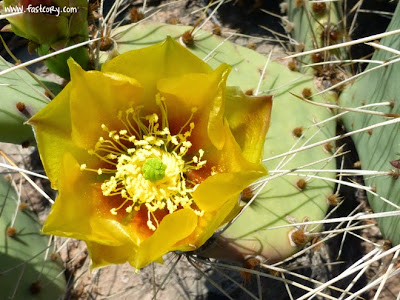 I finally got to the falls and they were as awesome as ever. 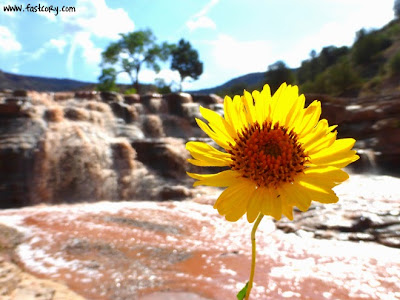 The recent rain had the waterfall really full. I haven't seen this much water flowing for a long time. 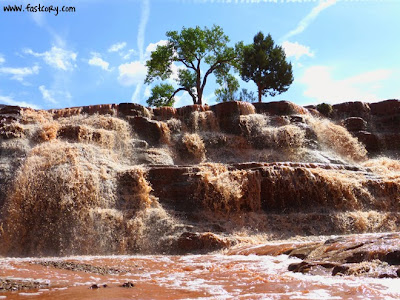 If I find a cool treasure on the trail I'll hide it on the trail and revisit it next time I'm there. I found a Van Halen tape that's hidden on the Gould's Rim Trail. It gives me a smile every time I run there. I have a cool rock hidden in Warner Valley. As I was getting ready to leave I saw a flash in the dirt. I went over to check it out and found this awesome $2 coin from Canada! Definitely a rare find. I kept with tradition and found a secret spot to hide my treasure until next time. I'll be visiting the falls....and this coin often this summer. 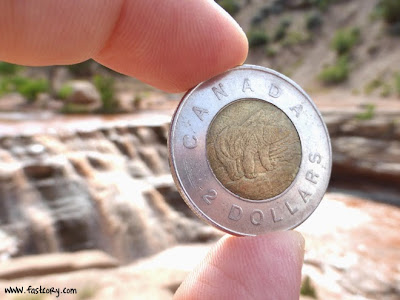 It feels so good to be back to regular running. So, so amazingly good. I am again reminded of yet another parallel running is to real life: I never want hardships or bumps in the road....but those challenges make me more appreciative and thankful for those times when things go good. 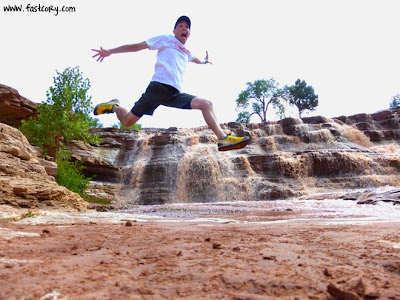