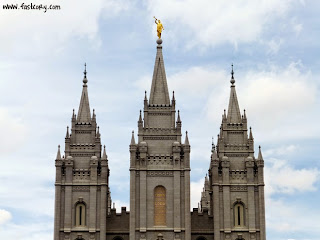 I belong to a great group of trail runners on Facebook called the Wasatch Mountain Wranglers. Even though I live a few hours south of the Wasatch mountains, this group has adopted me and welcomed me into their fold. Last year when I did a solo 100 mile run across Salt Lake City, many of them who I had never even met before showed up to support and encourage me.

A few years ago I read a report from Craig Lloyd, one of the Wranglers. He talked about a 35 mile run he had done to hit all four Mormon temples in the Salt Lake valley. (You can see his post HERE.) It seemed interesting and challenging and fun.

Fast forward to this past weekend. Once a year my parents like to kidnap the kids for the weekend and do fun activities and downright spoil them rotten. I had a free day to myself while the kids got spoiled and decided on a whim to try the Craig Lloyd temple run.

I started early Saturday morning before the sun came up at the Draper Temple. (Want to know more about the purpose of Latter Day Saint temples? Visit HERE.) 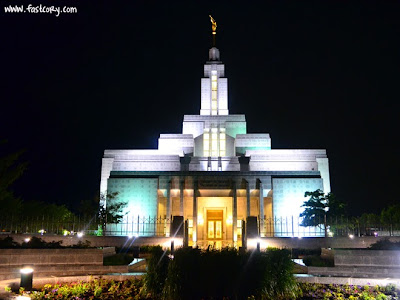 The Draper Temple is amazing. I figured I ought to post a picture of it in the daylight also. Here is a shot I took the day before. 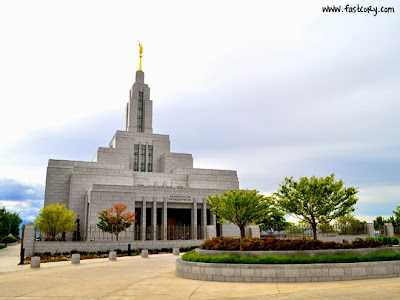 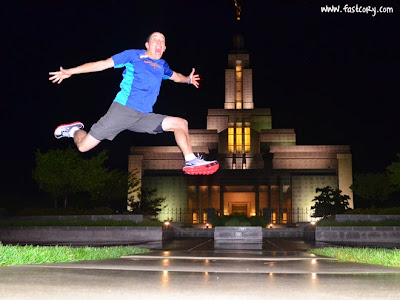 The weather forecast was seriously intimidating. It was supposed to dump rain for most of the day. I got a few sprinkles early in the morning but as the sun started to rise many of the rain clouds cleared out. 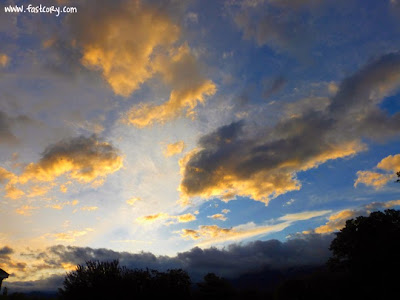 There is a nice descent coming down from Draper into the valley. I caught this view of the Draper Temple behind me: 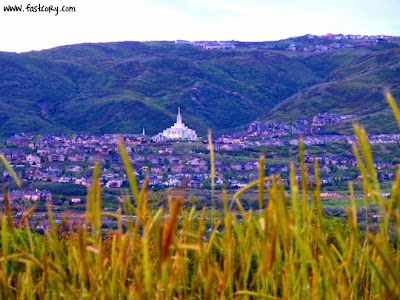 Since I did the run on a whim I hadn't made my normal preparations. I usually use Tailwind for my nutrition but ended up just stopping at gas stations to refill my UltrAspire pack. I got a gut full of calories when I stopped at McDonald's for a quick breakfast. I plan to talk to Tailwind Nutrition about adding a Bacon, Egg, & Cheese Biscuit flavor of drink mix. Mmmmm. 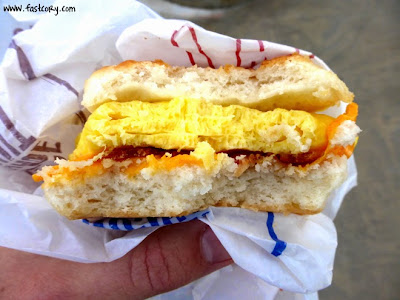 It is about 11.5 miles to the next temple across the valley, the Oquirrh Mountain Temple. It was cool to see my destination off on the horizon as I got closer. 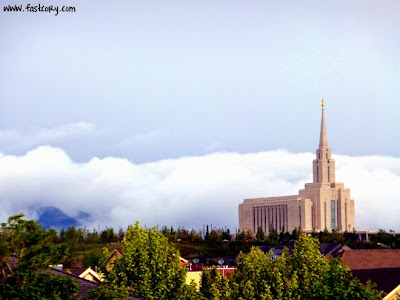 It is a privilege to wear this blue shirt. It is from the St. George Running Center race team. These guys have been such a huge support since I first started running six years ago. I wouldn't be where I am today without them. TEMPLE JUMP #2: 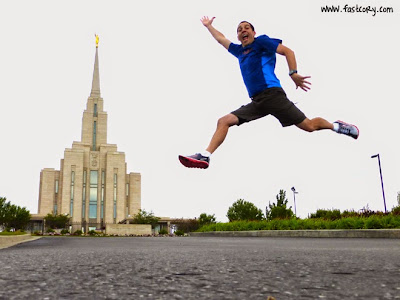 By now I was across the valley from the Wasatch mountains. It was cool to watch the clouds swirling around the mountain peaks. 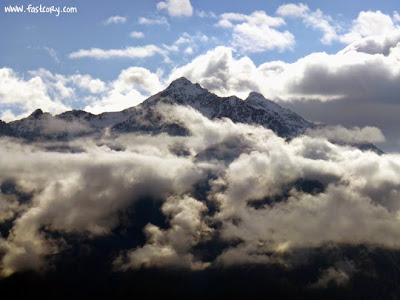 It's only a little more than four miles to the next spot, the Jordan River Temple. 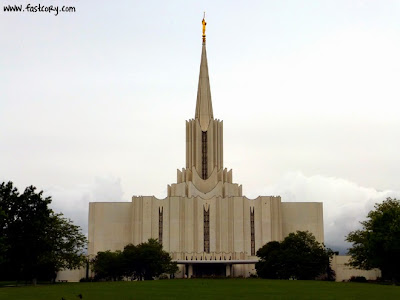 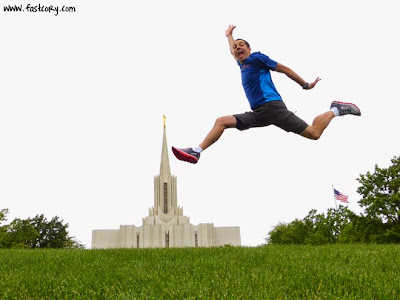 The next stretch is the longest, almost 16 miles to the Salt Lake Temple. Spoiler Alert: my legs aren't used to this much pavement! The trails are much more forgiving. I distracted myself from temper tantrums in my legs by looking at pretty things like flowers. 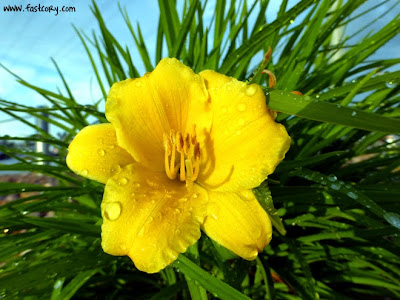 Speaking of pretty things, I made another pit stop along the way at 7-Eleven and got a pina colada Slurpee. I haven't had one of those for a while and had forgotten how AMAZING that Slurpee flavor is. It is like frozen angel tears that you sip with a straw that can also serve as a spoon. PURE. HEAVEN. 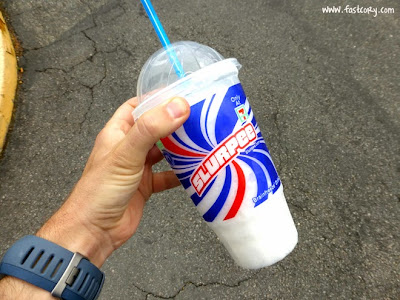 In the afternoon I made it to the Salt Lake Temple. That building is so amazing that it is almost surreal. 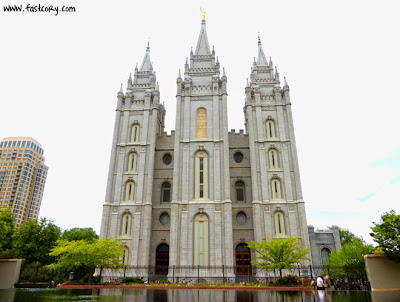 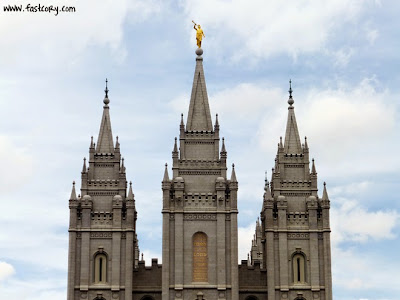 Incidentally, I married my wife in this building almost 17 years ago. (Typing the number "17" just made me feel really old.) 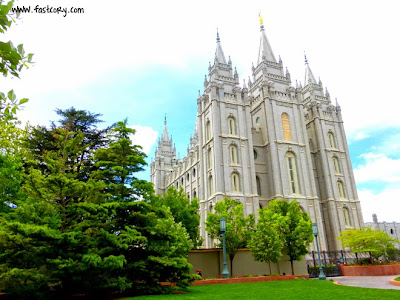 It was a challenging run. I had been moving for many hours. (Spoiler alert: I'm WAAAAY slower than Craig Lloyd.) But I was so thankful for the awesome things I had seen and the beautiful places I had been. I liked how the run seemed to take on an almost spiritual feeling. It felt great to complete TEMPLE JUMP #4: 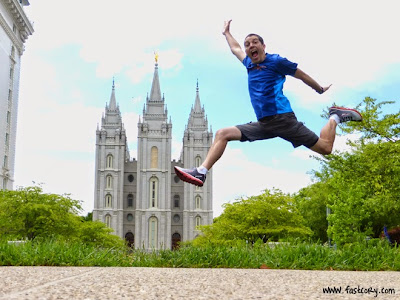 I took the TRAX train back to Draper then had three more miles to run to get back to the Draper Temple where my car was parked. My watch died along the way so I'm not sure on the exact mileage but it was somewhere between 35-38 miles total.

I am so thankful that I have the ability to run. This was an adventure I won't soon forget.
Posted by Cory Reese at 8:18 AM