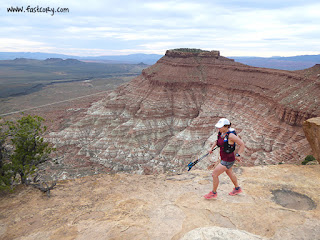 I don't understand this fancy thing you kids call "Twitter". It seems like it would be limiting. I mean...you can talk about how Justin Bieber's hair looks like the Grinch's fingers...but you have to do it in 140 characters or less. Although I do like how Twitter features hashtags that often tell a funny side story. #Isoundold

I just finished the Zion 100 so I thought I'd give you the race report in hashtags. #butseriously #JustinBieber'shairmightreallylooklikeGrinchfingersifitwasgreen. I've run the Zion 100 every year since it started, if you're willing to count last year where I worked at the finish line during the race so I ran it solo a few days beforehand. #somuchsleepwalking

I planned to run the whole race with my amazing friend Catherine Van Tassell. We've run countless miles together, including her first 100 miler years ago. Click on the link to see the original #ultramarathondanceparty

Shortly after the race started, I enjoyed my first stunning sunrise of the race. #crazytoseetwosunrisesinonerace 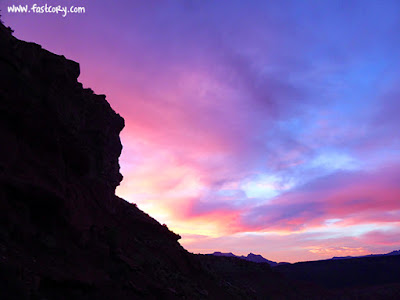 The Zion 100 doesn't gently lead you into the suffering. You get a swift kick to the groin right from the start by climbing up the Flying Monkey Trail. There was a huge line to get up a section that requires a rope. #20minutelogjam 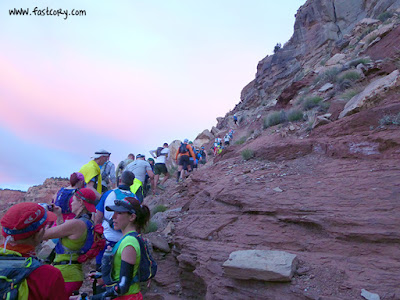 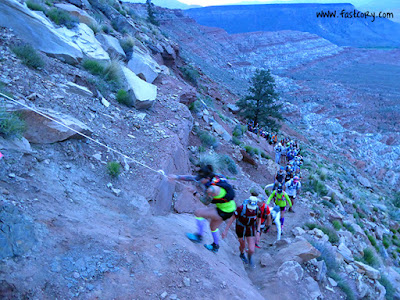 We managed to make it up the Flying Monkey Trail, traveled along the top of Smith Mesa, then went back down the mesa the same way we came. #anotherlogjam

At the bottom of the mesa we arrived at a river crossing. The race guide said if you're careful you won't get wet. #theguidelied 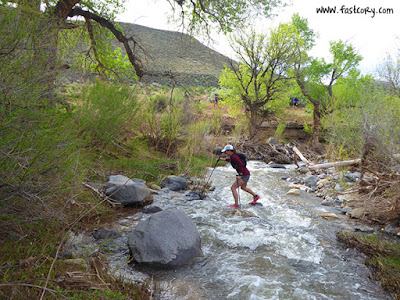 Next on our To-Do list was to make the long ascent up Dalton Wash to the Guacamole Trail. The trail is challenging and technical with lots of slick rock that shreds your legs. But it has some seriously incredible views. #love/haterelationship 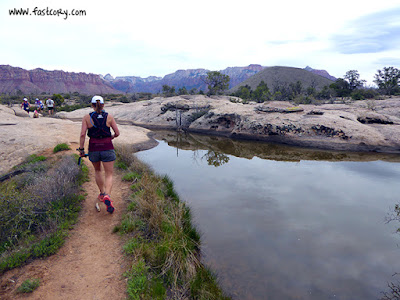 This is Catherine on the Guacamole Trail with Zion National Park in the background. #shoesdriedout 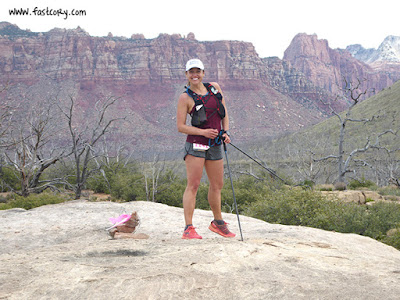 At mile 30 we got back to the Dalton Wash aid station. It was great to see Mel and Jackson. #familyrocks 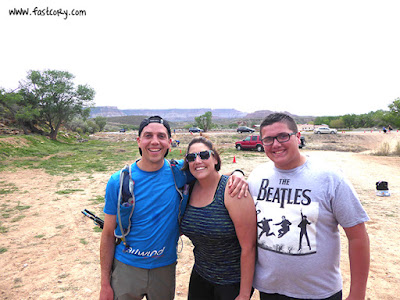 I love my wife more than anyone on the planet. And I am overwhelmed with gratitude for all her support. Though I do question her ultra food choices just a tad. While running Badwater she bought me a gigantic burrito called The Bomb. (I passed on The Bomb because I didn't want a gastro-intestinal #nuclearattack.)

When I arrived at Dalton Wash she had a huge tuna sandwich waiting for me. I mean...there's a reason why tuna sandwiches are never served at aid stations. The place where she bought the sandwich put in TONS of onions. #Ialmostbreathedfire 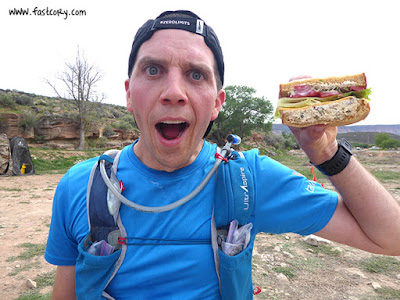 A few miles later Catherine and I got to the hardest part of the course - the brutal climb up Gooseberry Mesa. The trail is vertical, climbing around 1,500 feet in less than a mile. There is always so much carnage on that climb. People barfing, people crying, people hunched over trying to coax air into their lungs. (HERE are some good pictures of the climb.) #peoplepaytodothis??? 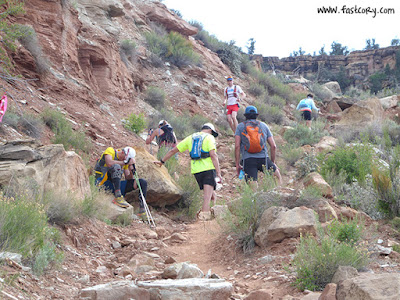 The view at the top is one of the most beautiful places on Earth. #Ididn'tcryorbarf #win! 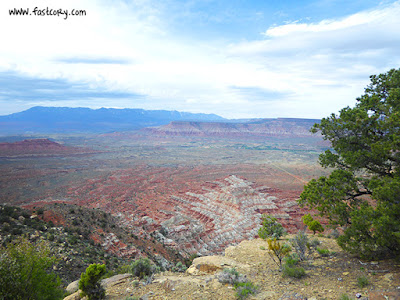 The miles on top of Gooseberry are very challenging. The technical, rolling slickrock makes 10 miles feel like 20. Catherine caught this jumping picture of me up on the mesa. #vanhalentoldmeto 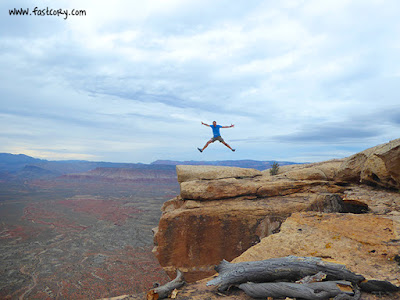 I don't remember what mile it was, maybe around 30, when Catherine said "Should my IT band be hurting this much this early in the race?" I could tell that she was struggling. Her knee was especially grumpy on the downhills. #houstonwehaveaproblem

There is this one spot on Gooseberry Mesa that is unbelievably beautiful. During each race I try to catch a runner going by this spot. (HERE is the 2015 race report where I caught a good shot.) This time I caught Catherine going by. #Ican'tthinkofacreativehashtaghere 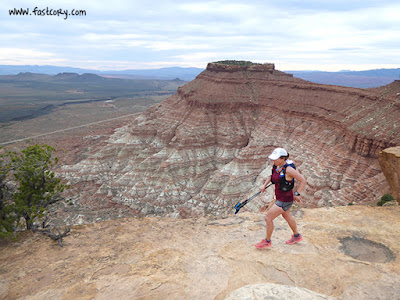 Night approached. A few minutes after I turned on my headlamp a big moth flew into my mouth. #ittastedliketuna #mothpowered #fueledbymoths #proteindrinksareoverrated 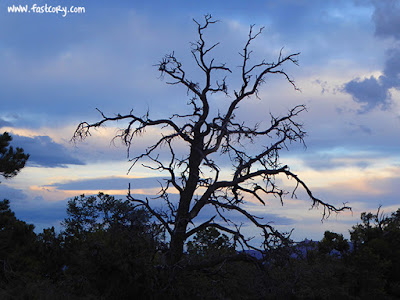 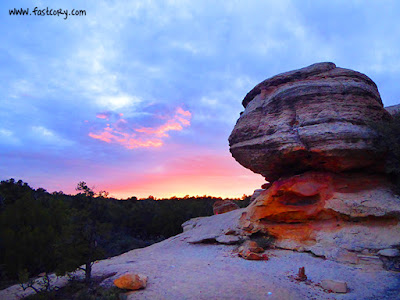 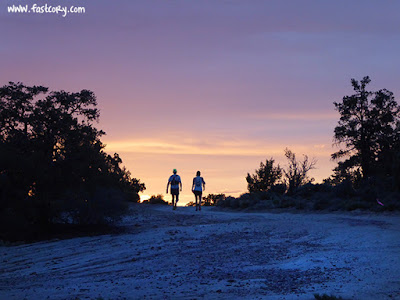 We had been fighting cutoffs all day and this continued into the night as well. It is an amazing adventure to run so many miles with the same person. You help them during their rough patches and they help you through yours. Mel, Jackson, and Kylee met me at the mile 53 aid station but we didn't stay long because of cutoffs. But seeing them for those couple minutes was a tremendous boost for me. #notuna 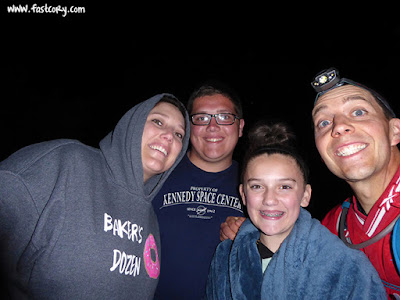 This is when my race made a huge shift. Over the next few hours in the dark, here's what happened:

1) We got lost on Grafton Mesa. We were with a few other runners and somehow got turned around. After 4 miles I said "We should have dropped off the mesa by now." Then we met up with runners coming the other way who told us we were going the wrong way.

2) The sweepers had caught up to us and we couldn't return the way we came because they had already removed the flags.

3) We were dangerously close to cutoffs. Catherine said "You have to go. I can't go faster and if you stay here you won't finish." It was such a hard decision but I decided to push ahead to make the cutoff at the next aid station.

4) I got to the aid station, then a few minutes later, Catherine arrived! She found a second life. Unfortunately when we got to the 1,500 foot descent off Gooseberry around mile 70 she knew her knee wouldn't go any farther. We gave each other a hug and I headed into the dark alone.

I sprinted as hard as I could for many miles. I had found a second life as well and I knew I'd have to push hard to finish in time. I only stopped long enough to take a picture of the sunrise. I may have had a little bit of moisture exit my eyes as I witnessed the sunrise and thought about everything I had experienced, the challenges that were still ahead, and the gratitude I felt for a body that is willing to do this kind of stuff. #justalittledirtinmyeyes. 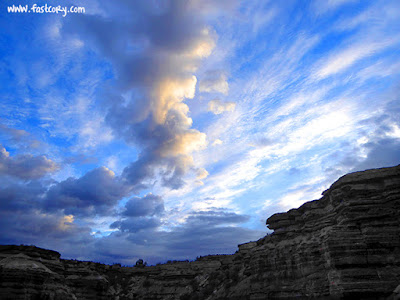 I got to the aid station at mile 76 only 10 minutes ahead of the cutoff. My friend Jared Thorley was waiting there to pace. He has helped me through many rough points during races and seen me at my absolute worst. He knows just how to keep me moving. Every once in a while he'd offer a chunk of a Rice Krispy Treat. At first he'd be nice about it. If I refused, he got mean about it. But either way, he made sure I ate the freaking Rice Krispy Treat. #betterthantuna #betterthanmoths 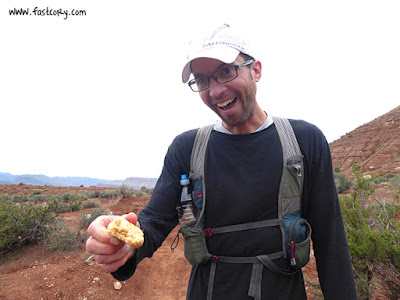 I was still close to cutoffs but making up a little time. Jared didn't feed me any "you're looking good" nonsense. He just stayed far enough ahead that I had to work to keep up with him. #hatemenowlovemelater 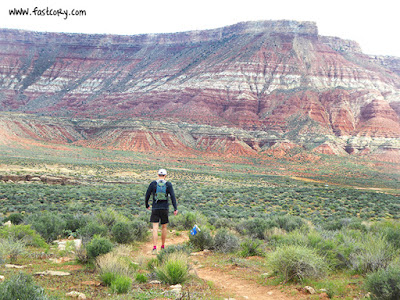 After 33 hours and 10 minutes I saw the most beautiful sight of the whole race....the finish line! I was ecstatic that I beat the cutoff. #thatlandingisgoingtohurt 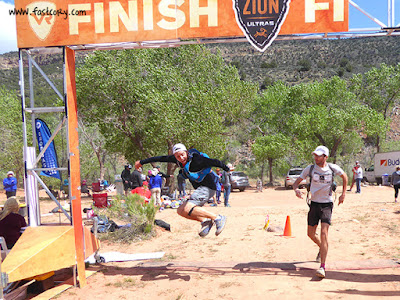 As usual, Vacation Races/Ultra Adventures put on a great race. I am SO, SO thankful for such great running sponsors. Huge thanks to St. George Running Center, Tailwind Nutrition, Altra Running, UltrAspire, and Injinji. I'm so thankful for those amazing miles I was able to spend with Catherine, and thankful for Jared helping me push to the finish. And I am so thankful for such a supportive family. Sixth Zion 100 buckle.....#blessed. 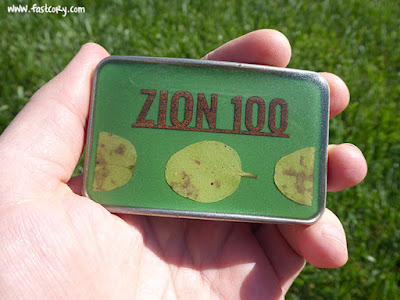 If you're interested, here is a short video clip with more pictures I took from these beautiful trails: