Monday, November 29th 2010: 529 miles on treadmill. Okay, it was only 3 miles. But it DEFINITELY felt like 529 miles. I detest the treadmill and haven't run on one for months but it was bitter cold outside and the wind was blowing like crazy. I regretted my decision to stay inside and be warm. 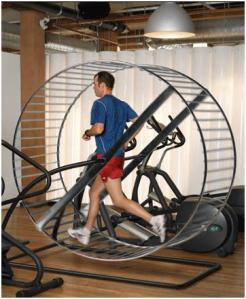 I ran another 4 miles that night @ 10:19 per mile pace. Outside. It was freezing cold but the wind stopped so I was fine.

Tuesday, November 30th 2010: I stayed up until midnight when registration opened for the Utah Grand Slam (run 4 Utah marathons over the course of a few months). I am excited to report that I got in! Now I won't have to do my Almost-Grand-Slam.

I wanted to go somewhere new, so I went to a dirt road past the Hurricane airport. I didn't know what to expect so I brought two hand-held water bottles which worked out okay. I really loved being out in the opened all by myself enjoying the scenery. 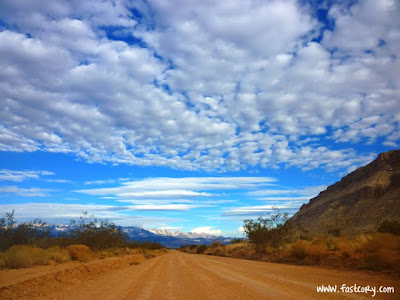 I happened to come across a few cows who seemed a bit distraught with me disturbing them. But only one cow snorted at me. It wasn't nearly as scary as my last angry cow encounter. 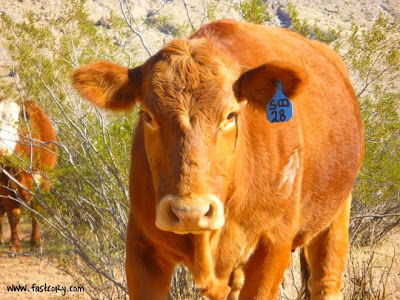 I set up my camera on the two water bottles to take this picture. You can see my neon shirt from the Top of Utah Marathon. (It serves the dual purpose of also acting like a night light.) 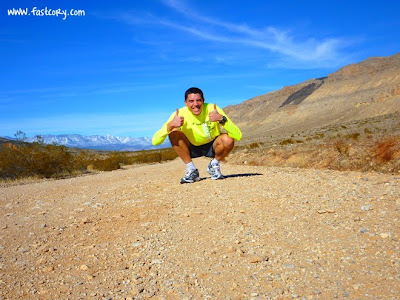 Friday, December 3rd 2010: I took the leap of faith. I pulled out my credit card and registered for the Buffalo Run 50 mile race on March 26th!!! I am SO excited to run my first ultra-marathon! I got butterflies in my stomach when I clicked the PAY button. No backing out now! The real training begins.

Saturday, December 4th 2010: 11 miles @ 9:44 per mile pace. (Pace not completely accurate since it doesn't take into account my picture stops.) I went back to the same dirt road which was a blast, except that I had finished half the run before the sun even came up so it was pretty nippy outside. Speaking of nippy, Mel bought a new box of Western Family band-aids which I applied to the nip region as a long-run precaution. Whoa, mama. Those puppies are strong. When I removed them, I think 6 layers of skin came off with the band-aid. I believe I saw my lung.

I wanted to get a unique picture of the run and came up with an idea, courtesy of the self-timer: 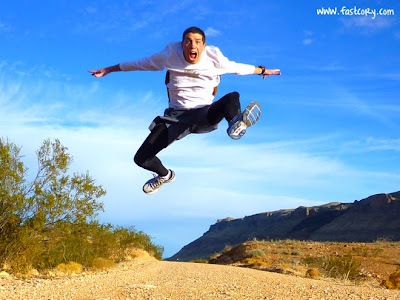 This is why I can't run with a running buddy. When running starts to hurt, I find a distraction. What I'm doing when I should be running: 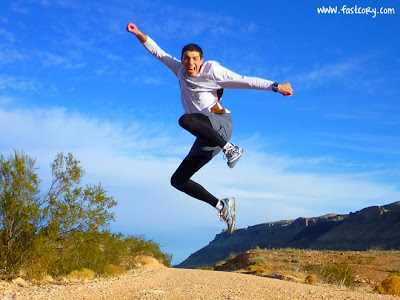 I felt surprisingly good the last five miles. Granted, I was getting tired and sore, but I still had some kick in me. That often isn't the case. It felt good. I will now sign off so I can perform first aid for my band-aid induced wounds.