As a young lad I went to a boy scout camp high in the mountains of northern Utah. There was a little lake at the camp with sailboats floating around. My friends and I had three words flashing through our brains: Must. Ride. Sailboats.


We found out that to go on a sailboat you had to pass a swimming test. Jump off a pier. Swim to the shore. And then swim back. No biggie, I could swim and the test didn't intimidate me. My friend went first. And when he jumped in the water a shudder went through my soul. Because as soon as he hit the water he screamed bloody murder. The water was so cold that his body wouldn't function. He somehow paddled back and forth to pass the test, wailing the entire time that he was going to freeze to death.

It was my turn next. With apprehension I jumped in the water. And then the most peculiar thing happened. My body instantaneously became a block of ice. I couldn't move. I couldn't breathe. I bobbed there in the water for what felt like three hours before I finally coaxed my legs to move and force air into my lungs. I now know how hypothermia feels. (And how it feels to ride in a sail boat.)

That feeling of not being able to move or breathe returned with a vengeance during my long run last week. 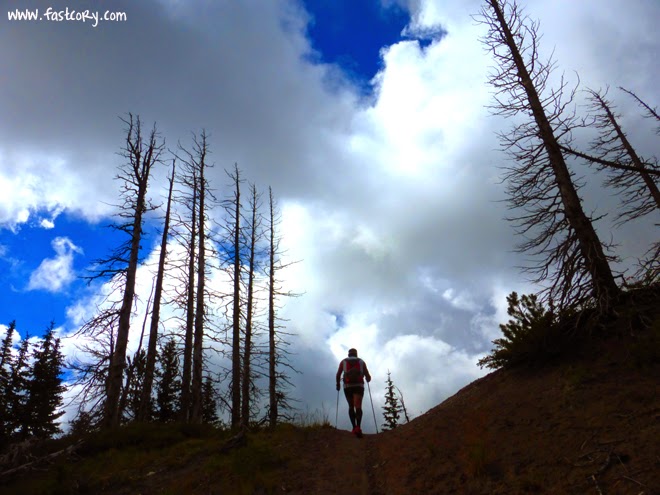 I joined my friend Rick Whitelaw at Brian Head, Utah. This was my first time running there but he knew each of the trails like the back of a Gu packet. 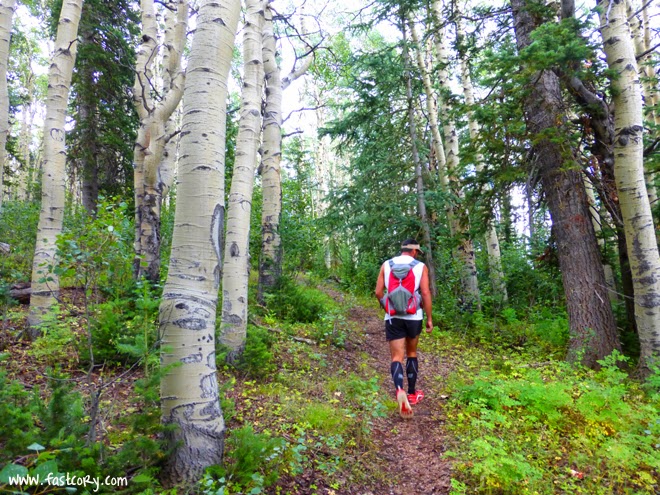 The scenery was beautiful. Beautiful! But I honestly COULD NOT breathe. The altitude where I live is 3,200 feet. The trails we were running were at 11,000 feet! 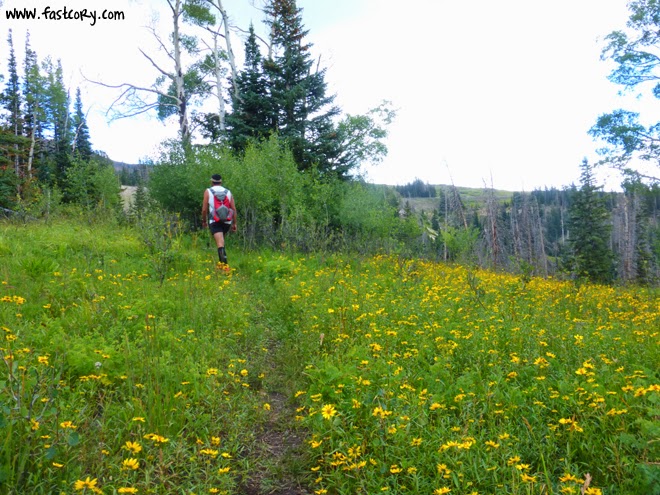 My legs have had more pep after walking off a cramped airplane after a cross country red eye flight than they had during our run. Between the two of us, one of us was a boat and one was an anchor. (Spoiler alert: I was not the boat.) 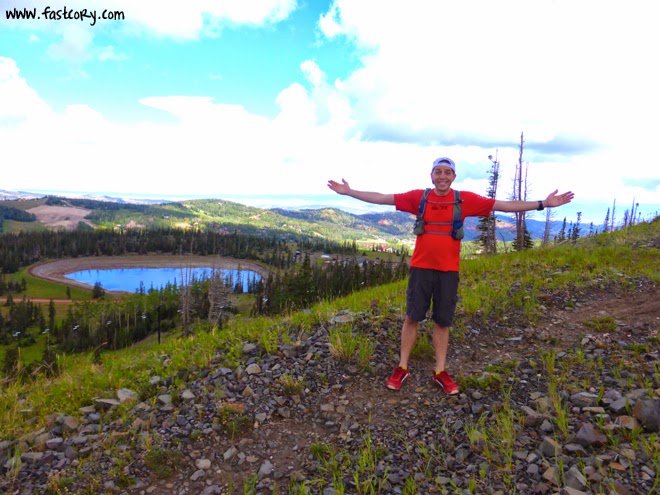 Rick, on the other hand, is at least 3/4 mountain goat. It was an awesome thing watching him float down the trails. 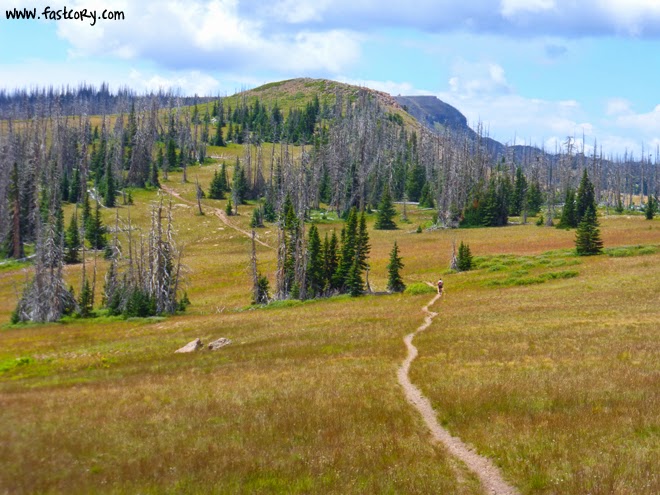 I've known Rick for years and have come to know him as one of the nicest humans alive. He is also one of the gurus behind Ultra Adventures and has helped spur the growth of the Zion, Bryce, Monument Valley, Antelope Canyon, and Grand Canyon ultras. Anybody who has done one of those races will attest that Rick has been a trail angel. 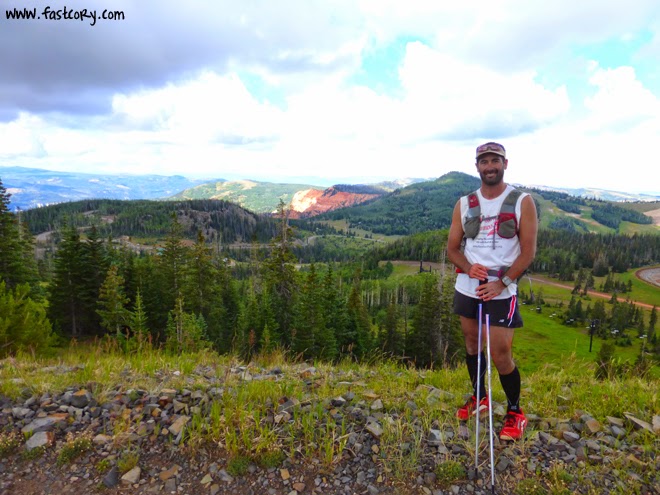 My favorite picture of the day: 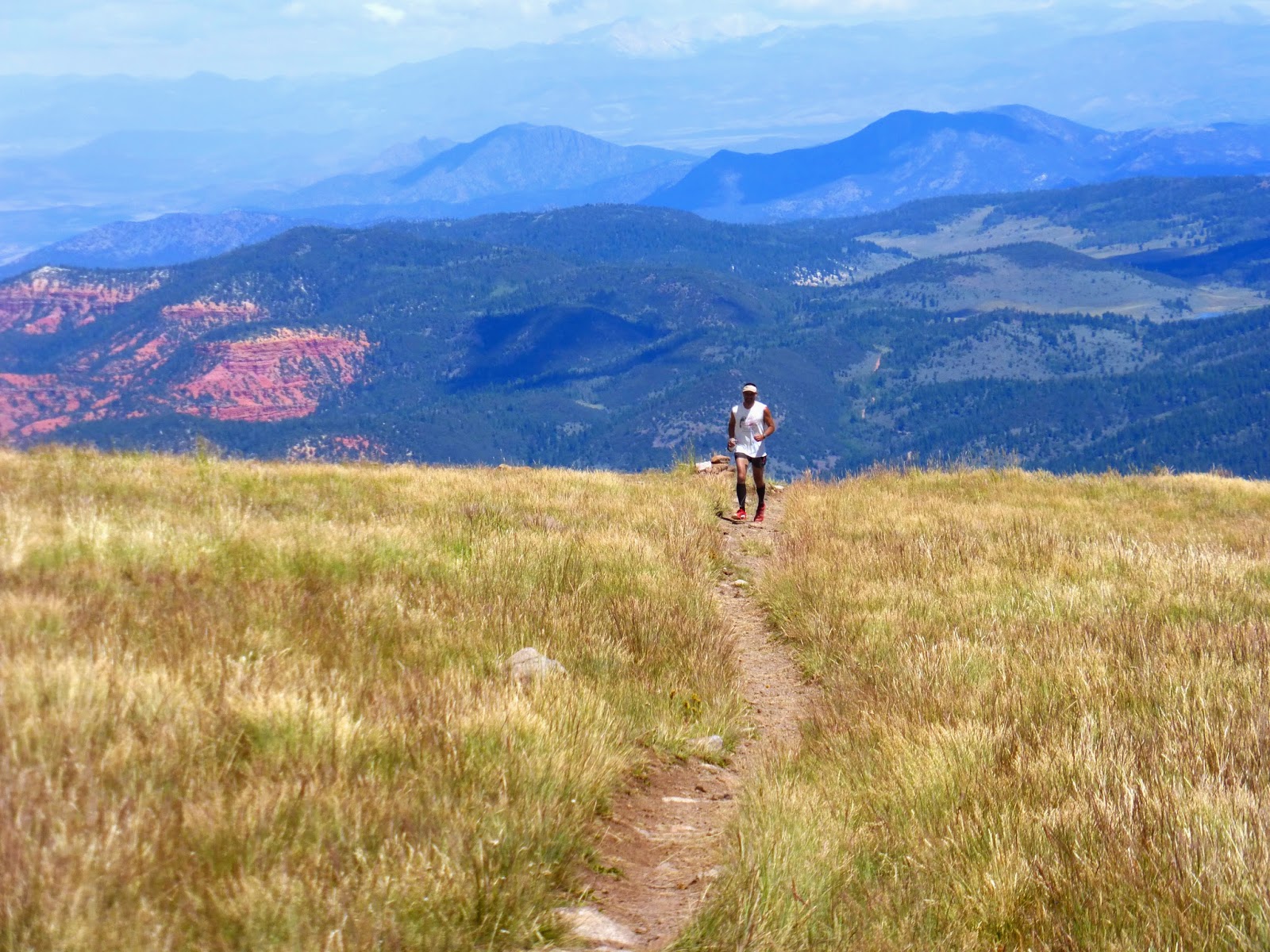 One highlight of the run was reaching the highest point in the area: Brian Head Peak at 11,307 feet above sea level. (Spoiler alert: there is 0% oxygen up there.) At the peak is this cool little observation tower. 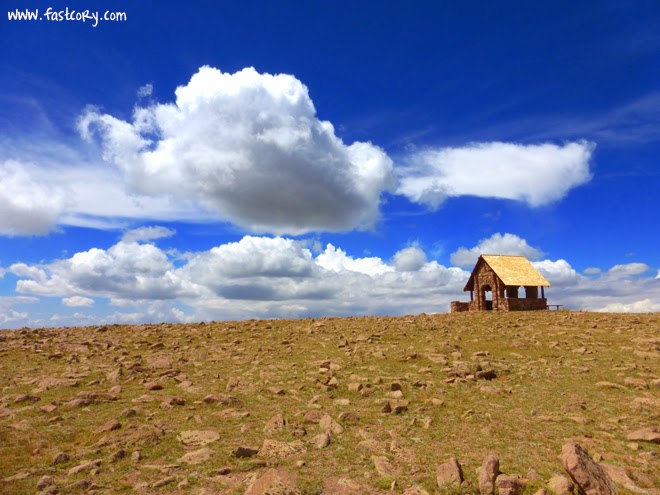 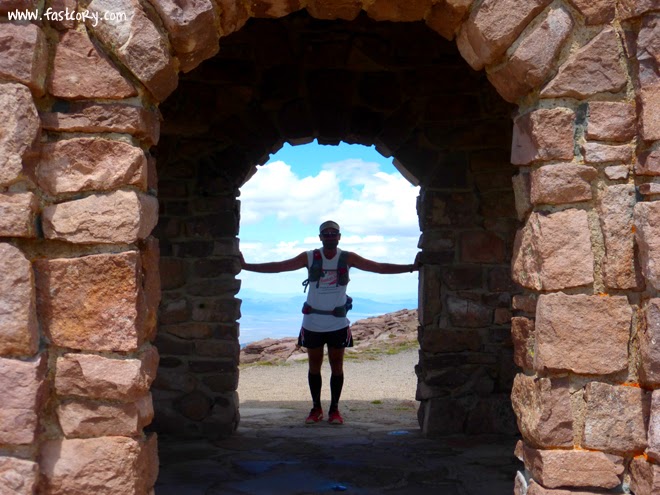 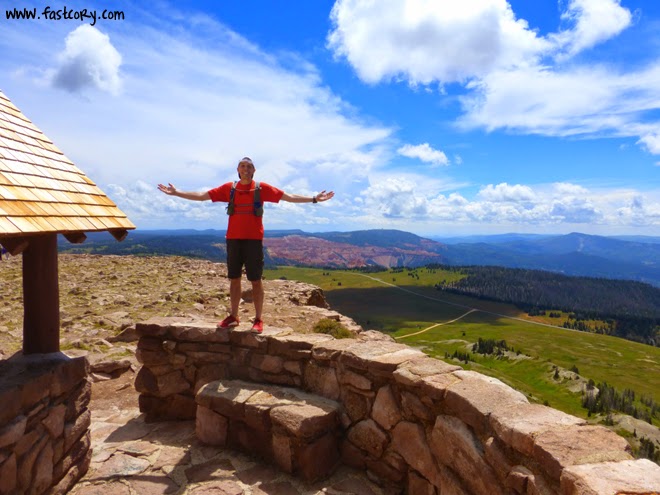 At one point our trail crossed this dirt road. I loved the contrast of colors. 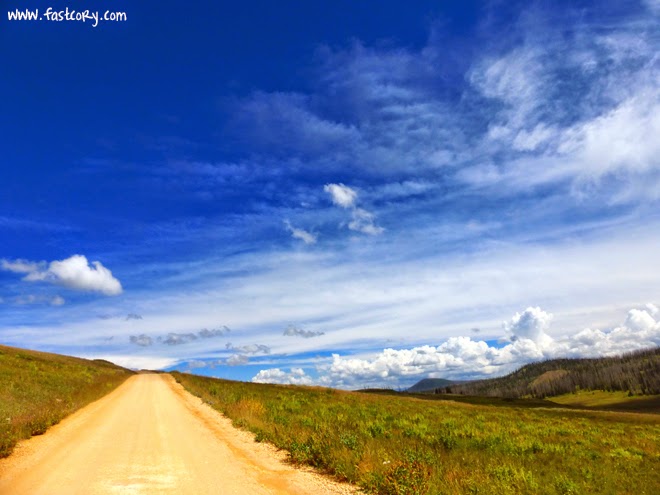 The last part of our nearly seven hour run was hitting a few view points of Cedar Breaks out in the distance. The scenery was really incredible. 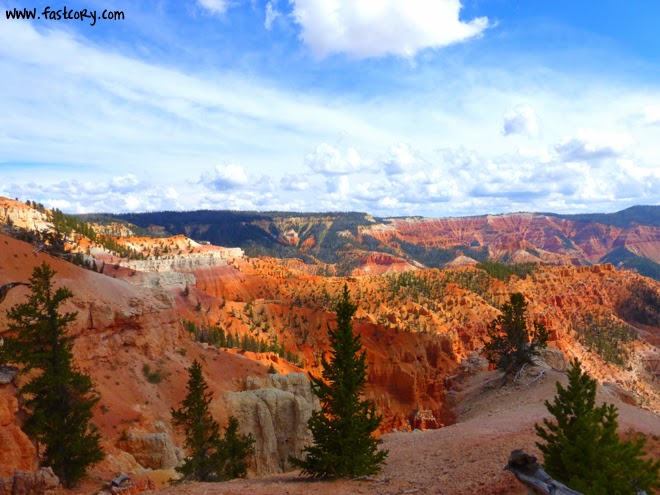 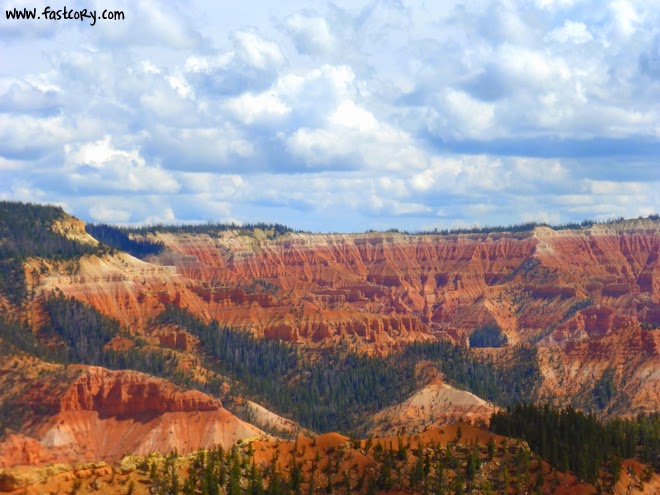 I must admit, I was a bit concerned with my performance after this run. With the Bear 100 next month, I hope the high amount of suckiness in this run isn't a bad omen. My two hopeful thoughts are 1) Maybe I sucked it up so much because I'm only two weeks out from running the Navajo 100 miler, and 2) The highest altitude of Bear is still thousands of feet lower than our run in Brian Head. Hopefully that will bring a bit less suffocating.

But suffocating or not, I'm bound and determined to find my way to that finish line of the Bear.
Posted by Cory Reese at 8:08 AM