Merry Christmas from the Reese family! You could say we had a pretty awesome year – in large part because we at the “World’s Best Corndogs” food truck. (The foot long corndogs taste so good you almost forget that in a half hour it will feel like you swallowed a Gremlin.)

In March we added a new member to our family, a Great Dane puppy we named Little Debbie. She is now approximately the size of a teenage giraffe. Unfortunately she has learned to open doors with her nose. She also loves pizza…which she will snatch off your plate if you turn your head for a split second. Our poodle Aunt Jackie finds her highly annoying and relishes the days when he could lay on his bed without being bothered by a teenage giraffe. Here are some updates on the rest of the fam:

Kylee
Ky is in sixth grade. She participated in the History Fair this year and got 3rd place with her group. She earned the prestigious Great American Award which required things like memorizing the Gettysburg Address, memorizing the US presidents, and doing community service. She continues to play the piano and this year began playing for the school choir. The highlight of her year was starting gymnastics and she is already doing amazing things. She has the neatest, tidiest room you could ever hope for from an eleven year old. She knows every song on the pop radio station and has progressed from the “I love Justin Bieber” stage to the “I hate Justin Bieber” stage. She excels at being the peace maker in our family.

Danica
Dani is in seventh grade and has been busy as a Peer Mediator at school as well as playing the piano for the school choir. She had quite the special request for her birthday. Instead of asking for presents, she asked for dog treats and toys to take to a few local animal shelters. She had so much fun delivering her loot to the shelters, and the famous Best Friends Animal Sanctuary wrote a story about her for their magazine. She also became an official pre-teen by getting braces. In her science class she got to dissect a shark. I don’t know what to say about this. Awkward? Just when you thought dissecting a frog was disgusting…

Jackson
Jackson is in ninth grade. He has been diligent going to Crossfit throughout the year with Mel and this year both Jackson and Mel ran their first ultramarathon – 31 miles at the Jackpot Running Festival! He continues to play the piano and played with the school band and jazz band throughout the year. He went to his first Jackson Browne concert in August. In July we took a guy’s trip to Phoenix to go to two Arizona Diamondbacks baseball games. We stayed in a crappy motel with bedbugs (wish I was joking), and got Churro Dogs at the game – a churro wrapped inside a donut, covered by frozen yogurt, chocolate, and caramel. (I again got that “Oops, I swallowed a Gremlin” feeling.)

Melanie
Three days a week Mel wakes up at 4:45am to go to Crossfit with Jackson. The number 4:45am gives me the dry heaves. They are super awesome. She continues to work at the Intermountain Healthcare Surgical Assessment Center. (Say that ten times fast.) But her biggest accomplishment is that she hasn’t died yet from working full time and doing full time nurse practitioner schooling. She is shooting to graduate in August when all her hard work will pay off. Many a night has been sponsored by Rockstar energy drinks when she comes home from work and then sits at the computer doing homework late into the night. She is unequivocally amazing. I might add that she can make peanut butter bars delicious enough to make you weep.

Cory
I am still working as a dialysis social worker which I love. I started the New Year at the 72 hour Across The Years race where I managed to run 205 miles and have conversations with Care Bears. During the year I ran a chunk of other ultramarathons as well as my first ever Grand Canyon Rim To Rim To Rim run. I became the only person to ever run a quadruple St. George Marathon and finished the Wasatch 100 a comfortable (cough, cough) 35 minutes before the cutoff. Baby boomers, eat your heart out. I met Marie Osmond this year through coaching her nephew. Oprah: you’re next. I planted garden boxes again and everything was a miserable failure…except for the tomatoes. I can grow some mean tomatoes. Here are a few journal entries from the year:

April 27th: Last weekend Jackson went on a scout campout and Mel and the girls and I went to Las Vegas for a concert. The tricky part is that Mel had a nice room reserved at a hotel but our dog babysitter Ashlyn was out of town. We didn’t want to leave Little Debbie home so she changed our reservation to a hotel that allowed pets. Wow. This place was borderline horrific. We walked in the room and the girls started crying because it stunk so badly of smoke. The room was gross. Just gross. Hairs in the shower. Sheetrock screws on the bed sheet(???). A cigarette burn in the sheets. Dirty table. It was just gross. Mel tried to get us a different room but they were sold out. We even considered just driving back home after the concert but ended up staying. It was miserable but I just kept reminding the girls that this would be an experience we would look back on and laugh.

May 19: Kylee told me a cool story this morning. Her school class had their class auction yesterday and Kylee had the most money out of everyone in her class. One of the things they can buy is lunch with the teacher. Kylee talked with Mrs. Nixon and realized that she had enough money to buy lunch with the teacher for almost everyone in the class, and Mrs. Nixon agreed to cover the rest of the kids that she didn’t quite have enough money for. I was yet again impressed with Kylee’s selflessness and kindness toward others.

June 15: When I got home from work I was joking with Dani and Jackson about how after being groomed, Aunt Jackie looked like a reindeer so I started calling him Blitzen. Then I started joking about how Debbie was like a Shetland Pony. And then I started calling her My Little Pony. Then I sang the My Little Pony song. I thought I was so funny….as the kids stood there staring at me stone faced. Finally Jackson said “Dad, you’re not funny if nobody else is laughing.”

September 16: On Thursday Jackson said “Do you think I should try to make some money this weekend?” I didn’t know what he was talking about. Then he said he might audition for Hurricane’s Got Talent. So he tried out Friday, and made it through to the finals which were on Saturday. On Saturday we went to the performance and he played Saturday in the Park by Chicago. It was basically amazing. He played it flawlessly. I was so impressed. When the final judging was announced he won first place in his division and took home $100! So cool!

We are so thankful for all our blessings and for our wonderful friends and family. We hope you have a seriously amazing Christmas and a happy New Year! Love, the Reese Family 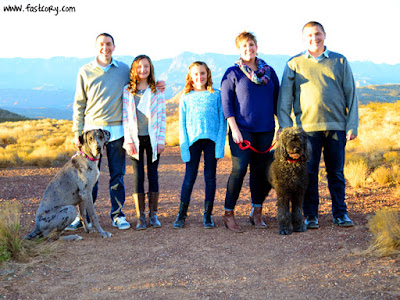