Wednesday, February 23rd 2011: 20 miles @ 10:29 minutes per mile pace. I went back to the same dirt road where I did my 30 miler last week. I started out by taking some side trails (part of the JEM trail) which were beautiful. 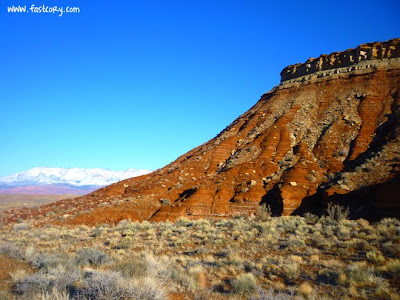 Everything was going along great until the sun started to come up. Then the ground began to thaw out and the trail became crazy muddy and slippery. I wasn't a big fan of trying to run 20 miles on an ice skating rink so I went back to the main road. I have a firm conviction that an awesome background should never be passed without getting a jumping photo. What I lack in speed, I make up for in photo self-timer skillz: 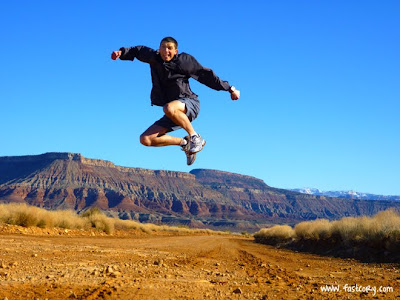 Unfortunately the main road was just as muddy. As a wise man once said "You've got to know when to hold 'em, and know when to fold 'em." So I folded 'em. And drove a few minutes back home to finish my run on pavement.

I ran past the Hurricane Airport and happened to be right by the runway as a plane was coming in for a landing. The landing strip is right next to the road so the airplane was almost close enough to give me a haircut. 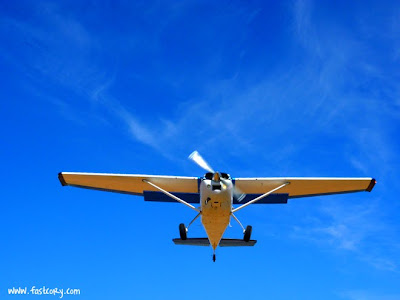 I had one purpose for the race: be Mel's pacer/pack mule to get her to a half marathon personal record (PR). I used to think people running with Camelbaks were dweebs, but after wearing a sequin hat, the Camelbak was the least of my problems. I figured it would be good training for the upcoming ultra. 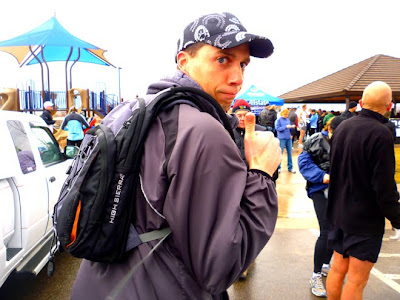 Thankfully we didn't get too much rain during the race but it was pretty windy, but not nearly as bad as the Mesquite Marathon. This is my favorite picture of the day: a cool background and a cute runner (who happens to be my spouse): 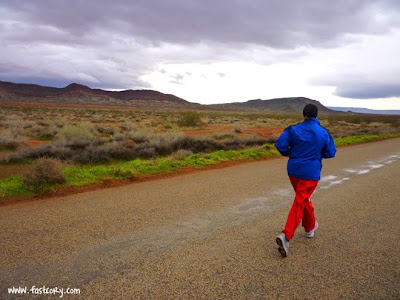 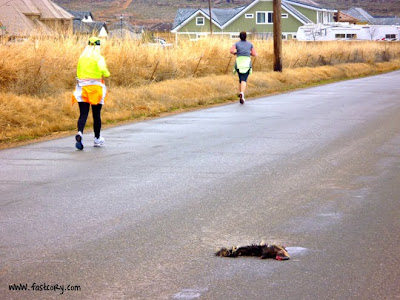 Less than a mile left and Mel is tired. She begged me to let her slow down but I had to make an executive decision which I hoped she would eventually forgive me for - I held her hand and dragged led her the rest of the way. I took this picture in the last mile which is a pretty accurate image of how things were going: 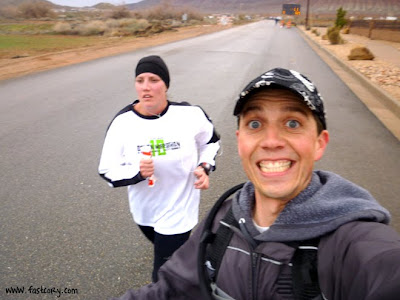 I stopped mine at the finish line and I think our official finishing time is 2 hours, 23 minutes, and 27 seconds. If that's the case, she beat her PR by 4 SECONDS!!! (Way cooler than the last half marathon where she missed her PR by 9 SECONDS! Nine!)

I was so proud of her. She worked hard and got a PR on a much harder course. And after we crossed the finish line she said she forgave me. Bonus! We talked with Janae (www.hungryrunnergirl.com) afterward then got our fill of bread, oranges, and chocolate milk (what, no Twinkies?). Who would have thought running 13.1 miles in the wind with a skunk could be so fun! 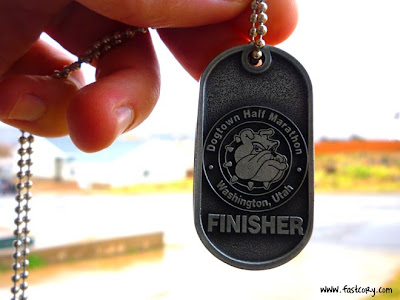 "It's very hard to understand in the beginning that the whole idea is not to beat the other runners. Eventually you learn that the competition is against the little voice inside you that wants to quit."
~ Dr. George Sheehan
Posted by Cory Reese at 8:41 PM