100 Miler Per Month For a Year - Mission Accomplished!

I would like to thank the decade of the 1980's for helping me write this summary of the most amazing 12 months I could have ever imagined.

In February I began a goal to run a 100 miler each month for an entire year. I had built a good base and was ready to run like it was 1999. (Thanks Prince.) If you want to see more, click the heading of each race for the whole race report and pictures.

February - Antelope Canyon 50 Miler
I started the challenge with a 50 mile warm-up at Antelope Canyon. Running through stunning slot canyons made me so excited that I just couldn't hide it. (Thanks Pointer Sisters.) 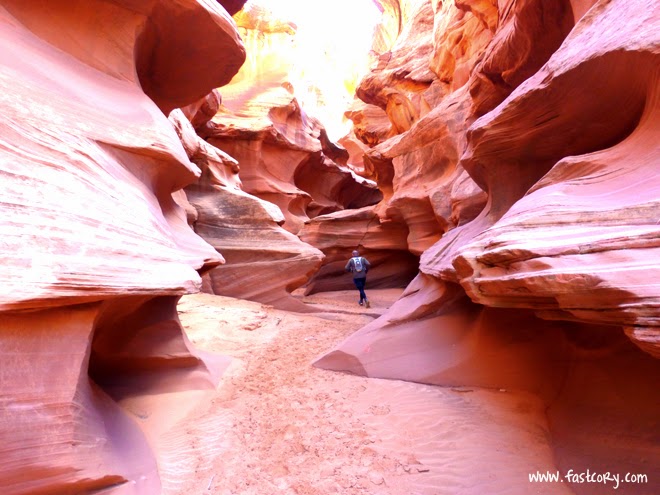 With obscene amounts of sand on the course it was impossible to avoid walking like an Egyptian (thanks Bangles) but then we experienced lovely slick rock with views like this: 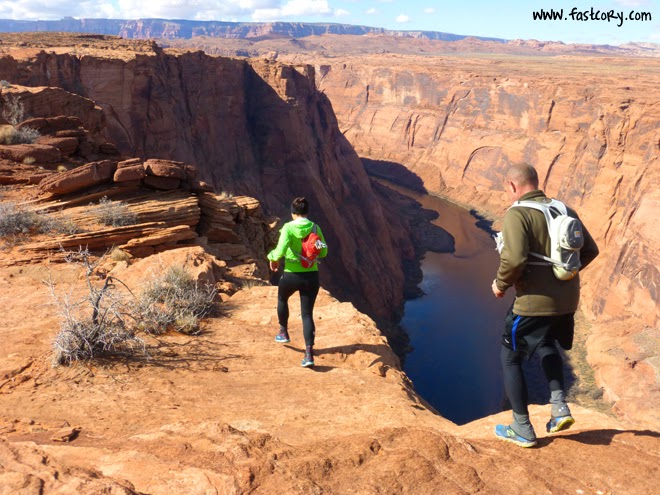 February - Jackpot 100
The year's first 100 miler was the Jackpot 100 in Las Vegas. This was my first time running a short loop course (2 miles). Some would argue that you'd have to be a super freak (thanks Rick James) for doing a short loop but it was straight up (thanks Paula Abdul) fun. 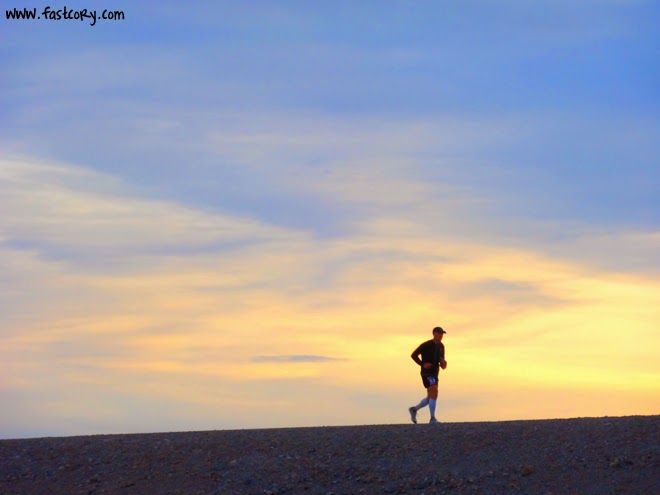 March - Antelope Island Buffalo Run 100
Like a virgin (thanks Madonna) this was my first time running an entire 100 mile race with someone. I ran with my two friends Catherine and Clair. I can't describe how much fun I had with these two. It was better than walking on sunshine. (Thanks Katrina And The Waves.) 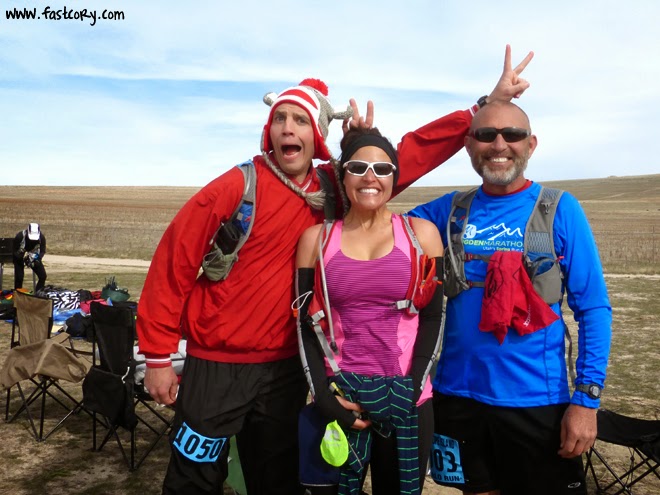 I went into the race thinking "Wow, I wanna dance with somebody." (Thanks Whitney Houston.) I was proud to introduce the world to the Ultramarathon Dance Party!

April - Zion 100
I'd run this race every year since it's birth and I was determined to beat it (thanks Michael Jackson) again. It's so awesome to pump up the jam (thanks Technotronic) on your home course where you do all your training. 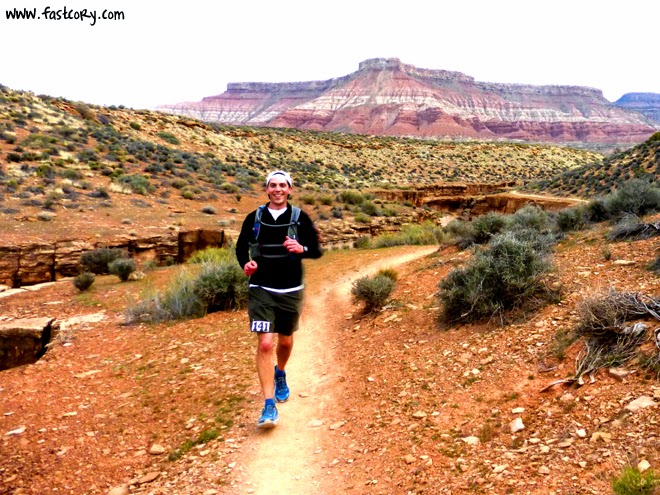 I attempted to soar to heaven like a prayer. (Thanks Madonna.) 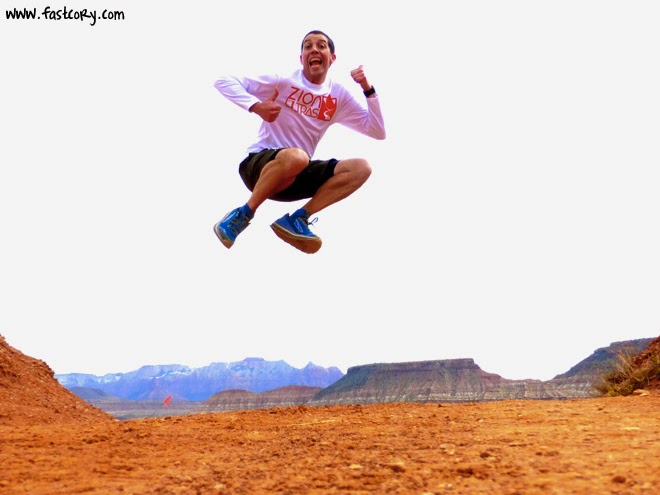 May - Grand Canyon 100
I ran the first half of the race with my friends Jared, Clair, and Catherine: proof that girls gangsters just want to have fun. I basically love these guys. 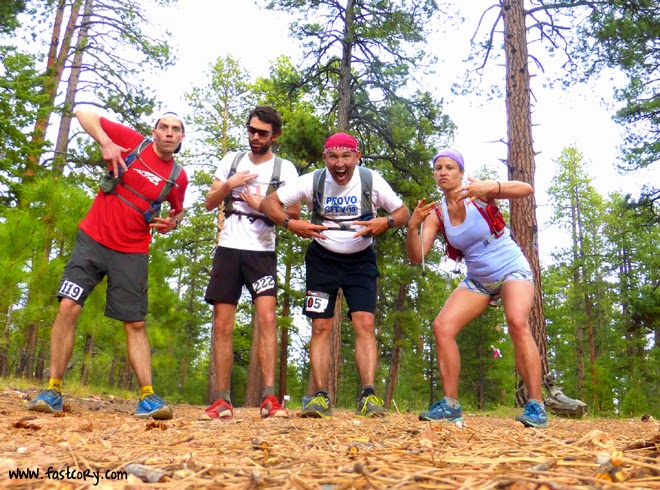 I ran all night long (thanks Lionel Richie) by myself and was thankful to make my way to the finish line of a tough race. 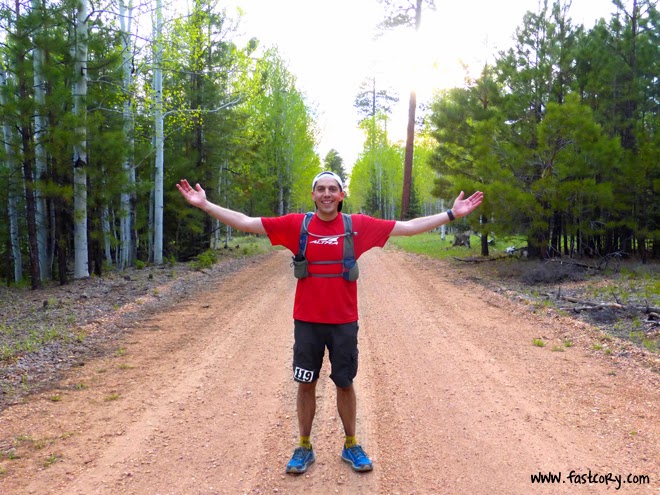 June - Hostess 100
This was my first time ever running a solo 100 miler. I started at the state capitol building in Salt Lake City, ran to Provo, Utah, and then back. No crew, no aid stations, just stopping at gas stations for fluids and food when I got hungry like a wolf. (Thanks Duran Duran.) 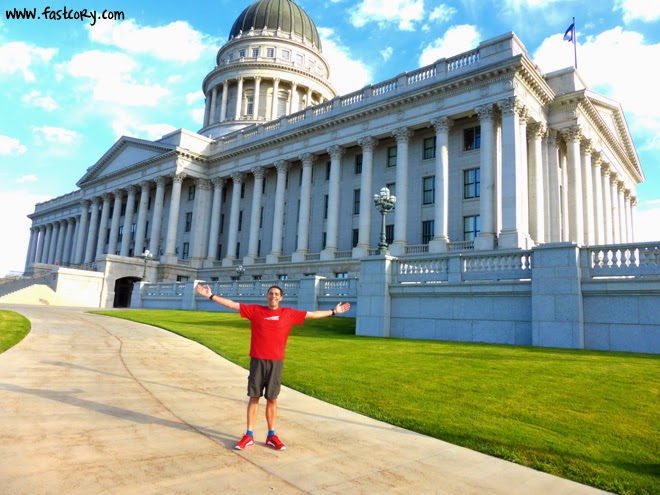 It touched my heart to see such an outpouring of support during this run. Every time I felt like biting the dust (thanks Queen) random people would show up to run with me. Runner Sam Jewkes had this middle school band waiting for me on State Street when I passed! 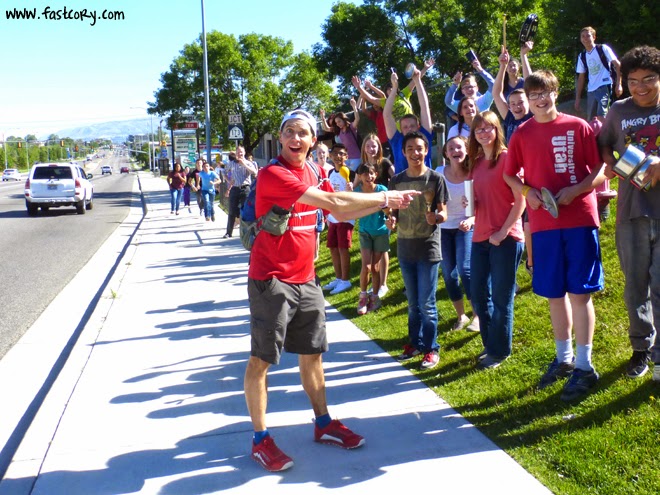 July - 100 Miles At A High School Track
I ran at the Hurricane High School track where summer temperatures average 8,591 degrees. (It did get up to 107 degrees.) I was livin' on a prayer (thanks Bon Jovi) and Slurpees. 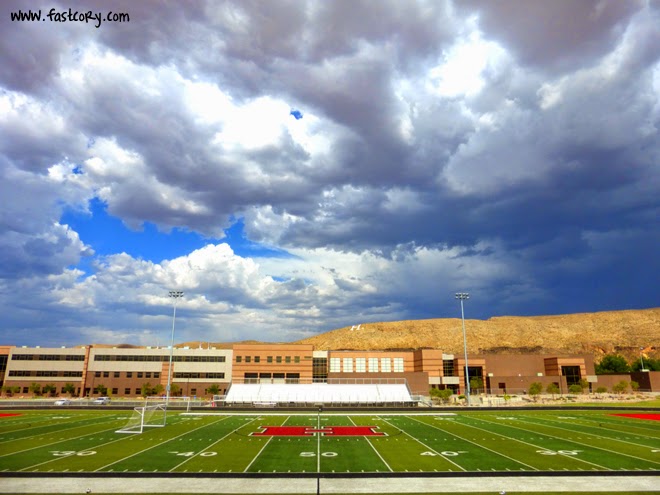 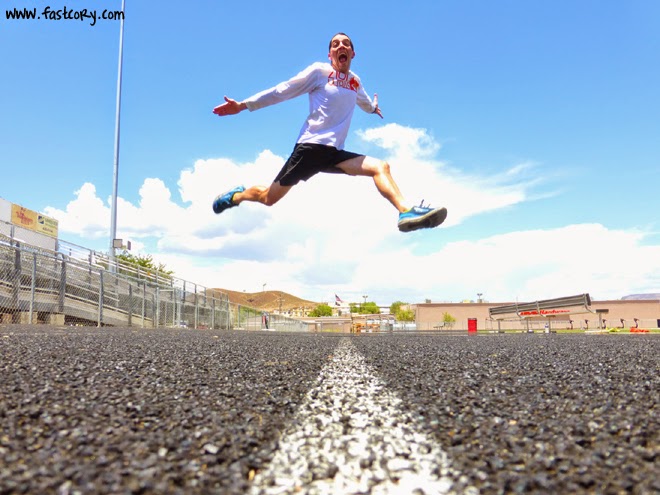 August - Navajo Lake 100
This was another solo 100 miler I ran on some trails around Navajo Lake in southern Utah. This was a tough one for me. I couldn't avoid thinking "Every breath you take, every move you make (thanks The Police) is completely miserable. You should get in your car, drive home, and lay in your bed eating ice cream and watch Shark Tank." I'm thankful now that I didn't give up. 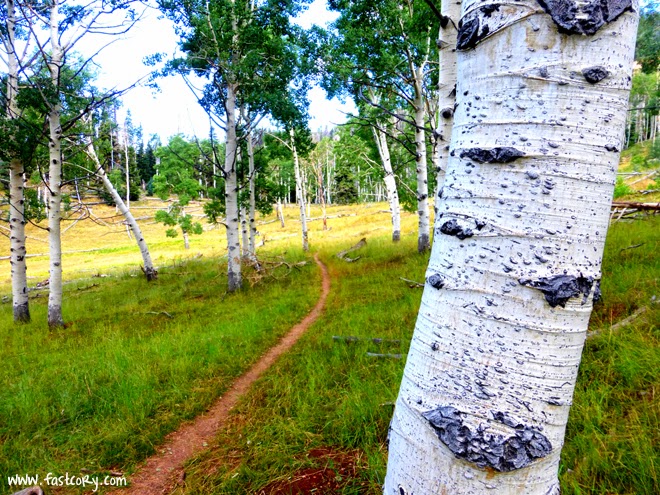 September - Bear 100
This race. Just.....wow. The difficulty was unlike anything I had ever experienced. And so was the scenery. 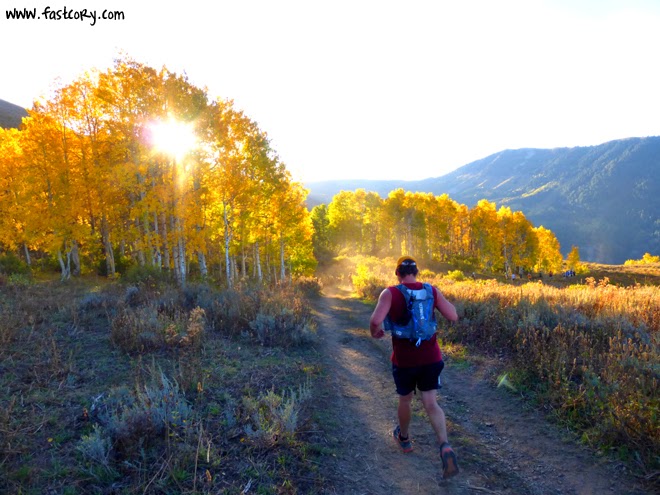 It poured rain relentlessly for the last 16 hours of the race. I've never seen rain that hard for that long. It was like God was weeping for all the bad music Hall & Oats ever made. The trails turned into rivers deep enough to cover the eyes of a tiger. (Thank you Survivor.) A summary of this race would be incomplete if I didn't blame it on the rain. (Thank you Milli Vanilli.) 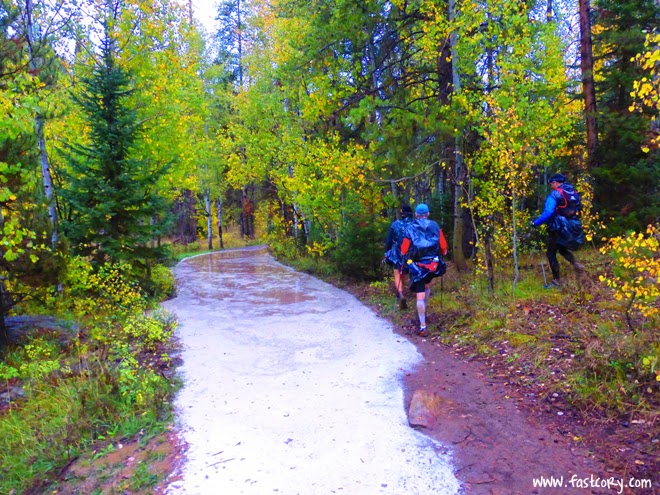 October - Hurricane Hundred
I was shocked that less than a week after the Bear 100 I was feeling good enough to get in my October 100 miler. This was another solo run on some home town trails around southern Utah. My conversation with the trails: "I think we're alone now." (Thanks Tiffany.) 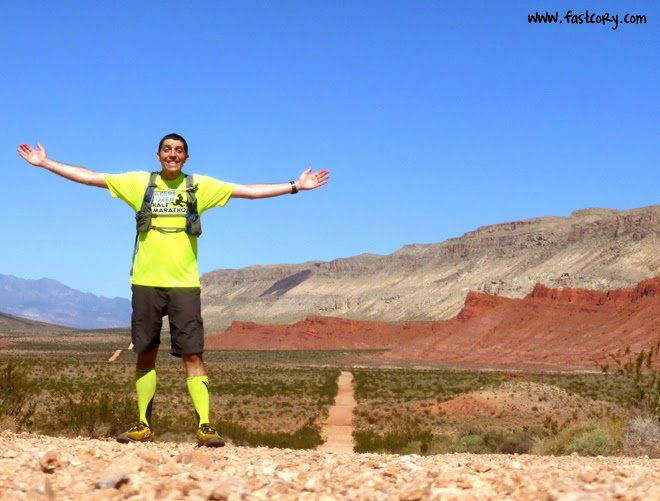 November - Javelina Jundred
I met the original pioneer of 100 miler ultramarathons - Gordon Ainsleigh. Gordy is the wind beneath my wings. (Thanks Bette Midler.) 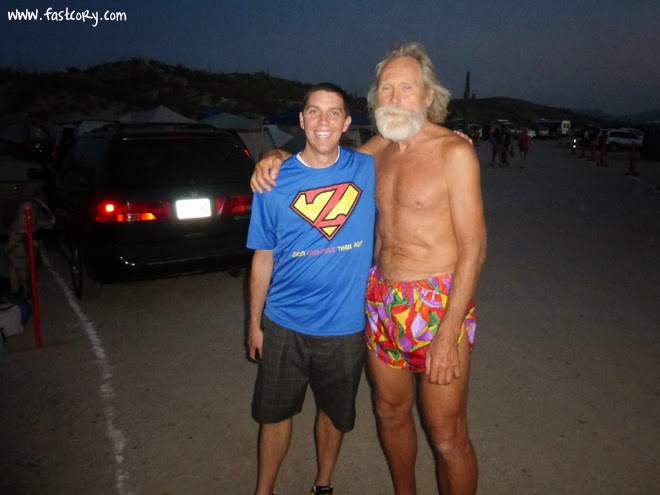 I followed up the dance party hit with this little gem. I guarantee you that watching this you won't be worried, and you will be happy. (Thanks Bobby McFerrin.)

December - Across The Years
This race is held on a 1 mile loop and you run as many miles as you can in your time allotment. I signed up for the 72 hour race and finished the first 100 miles while still in December. Within that time my legs felt like they were being smashed by a sledgehammer. (Thanks Peter Gabriel.) 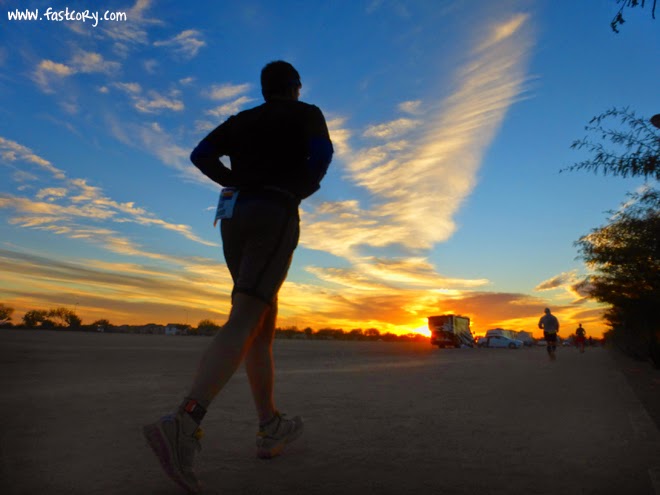 January - Across The Years.....Part Deux
I finished the second 100 miles of the race on January 1st. Being involved in a 72 hour running adventure was easily the craziest, most difficult, and most rewarding running experience of my life. I was so blessed to have my son Jackson there to help crew and support my run for the whole three days. In that time he helped with my gear, food, and even joined me for a total of 20 miles. I'm so thankful for this sweet child o' mine. (Thanks Guns & Roses.) 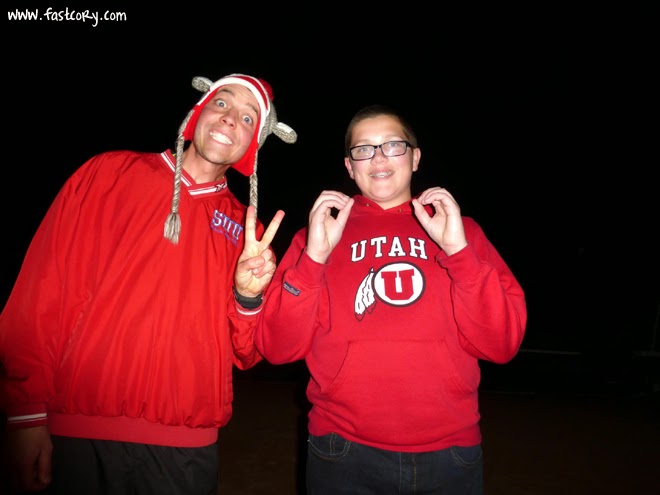 Early on the last morning of January 1st I finished my second 100 miler of the race and finished with a total of 205 miles at Across The Years. At the awards ceremony I was presented with this gift that I would have never imagined at the beginning of my 12 month journey: 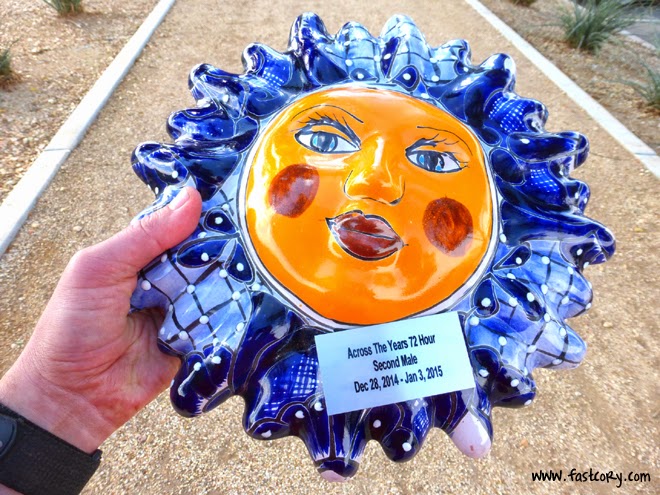 Over the course of those twelve 100 mile runs I learned twelve valuable lessons: 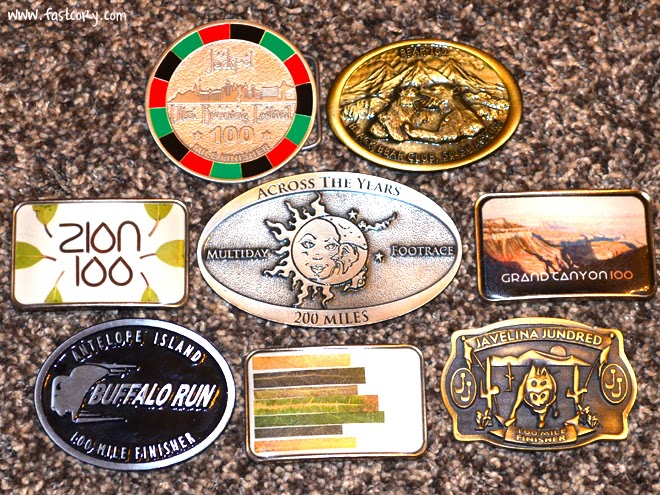 1) Our bodies are remarkable pieces of machinery. As long as we take care of them they can take us far.

2) Race pacing is absolutely critical. Be patient. Start races uncomfortably slow. Don't panic when the rest of the field prances down the trail and leaves you in the dust. Run smart and I promise you'll see them again. When you pass them.

3) Treat your feet well. I lather my feet with Body Glide to prevent blisters and use thick compression socks to keep dirt away from my skin. Altra shoes kept my feet happy for every single mile I ran last year.

4) Stay focused on nutrition and hydration from the start. It's so easy to get behind on these things and once you get behind it's hard to catch up again. Can't recommend Tailwind highly enough in the Keep Your Stomach Happy department.

5) A good Bruce Springsteen song fixes just about everything.

6) If you run 205 miles you might need to ride an electric wheelchair later that night when you go to Target. 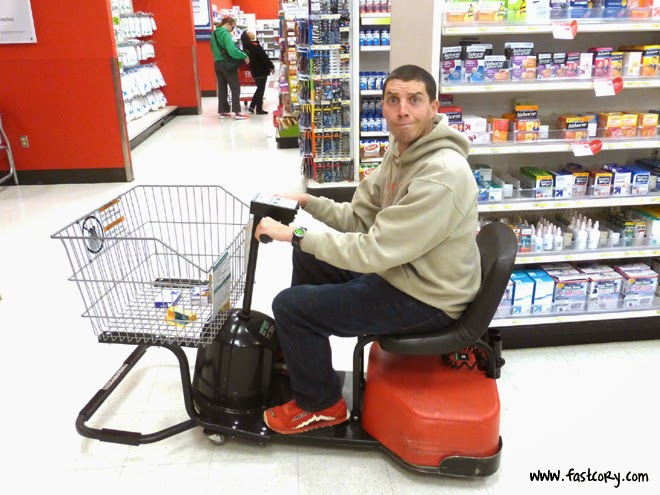 7) Attitude makes a HUGE difference! I've found that even if I'm not feeling too awesome deep into a race, I try to smile and stay positive no matter what. Nobody wants to hear your whining and complaining if you're in the middle of an activity that you CHOSE to do. It's supposed to be hard. If you wanted an easy, relaxing day you'd go to the spa. Be happy! This is fun!

8) Be thankful you can run. Don't take it for granted. Working with people who have serious health issues, I know so many people who would give anything to go out and run a mile, let alone 26.2 or 50 or 100. We are so fortunate.

9) It's always darkest before the dawn. Just like in life, it can get a little ugly out on the trail. It's not always smooth sailing. But don't give up. Whatever you do, don't give up. Be patient enough to let things turn around. I had so many experiences where I was really struggling and didn't think it would get better.....and yet it did. But you have to stick with it long enough for things to turn around.

10) Make family a priority. No belt buckle or finish line or toned body is worth sacrificing the relationships that matter most to you. Words are inadequate to express my gratitude to my amazingly supportive wife Mel and my kids Jackson, Danica, and Kylee. They were my rock of encouragement. 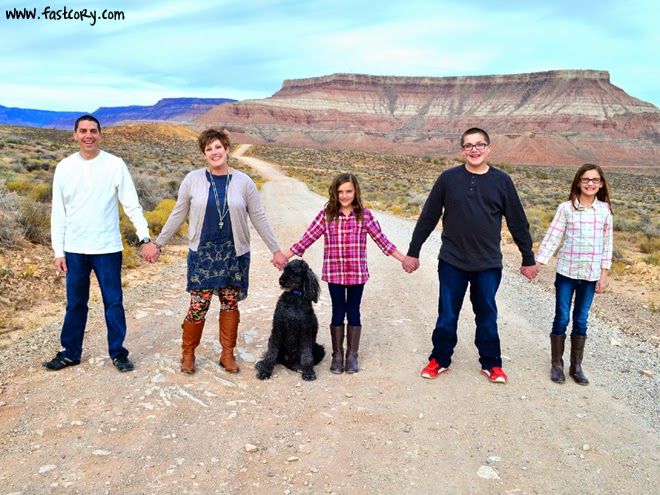 11) You need to make sure you're getting enough calories in your day-to-day life to fuel your adventures. May I suggest a regular helping of Ben & Jerry's?

12) You (yes, YOU!) are capable of so much more than you know. Think about what you would want to accomplish if you had no limits. Now go DO IT! You can. It's okay to be scared. But challenge yourself to live big. Take a step beyond that line of what is comfortable. Do something your grand kids will brag about. Turn off the TV. Get off the couch. Go out and do something awesome. Because you (yes, YOU!) are awesome!
Posted by Cory Reese at 12:01 PM